Kept at an aquarium in Sardinia, loggerhead turtles Genoveffa and Gavino were the focus of many concerned tourist reports sent to Born Free since 2001. Their story has had various twists and turns, and it's not over yet. 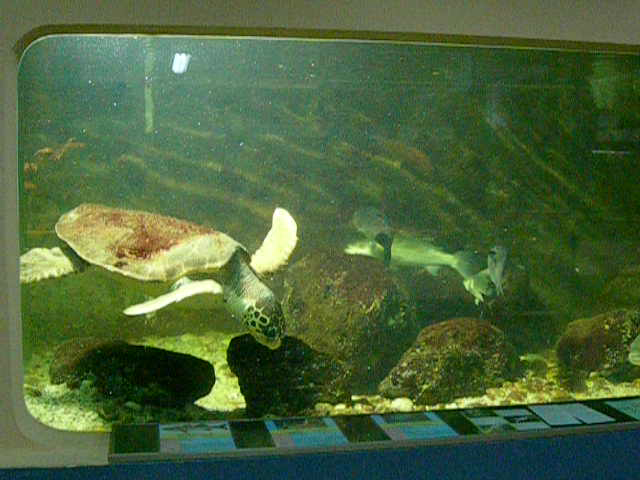 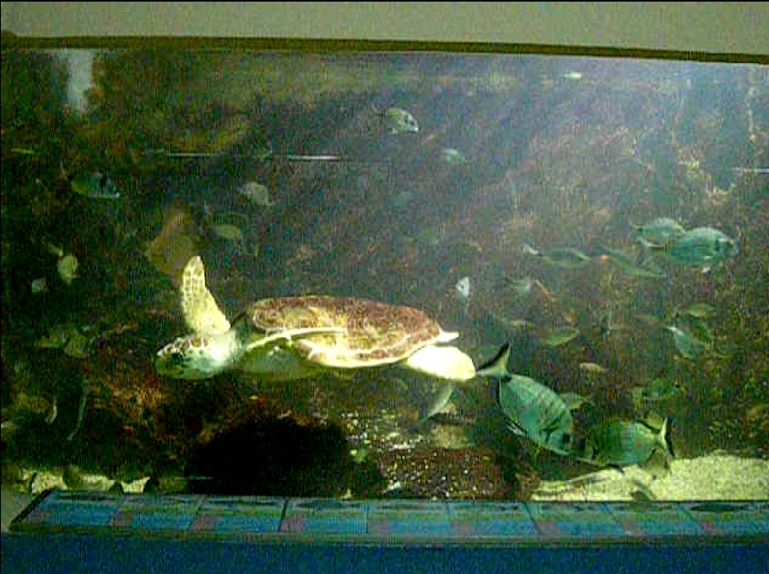 At Alghero Aquarium in Sardinia, Italy, visitors reported that Genoveffa and Gavino were held in pitifully small and dirty tanks in which they could only swim a couple of metres or just lie on the gravel floor. But, thanks to those tourists that spoke out and sent Born Free their photographic and video evidence, we were able to urge the Italian authorities to investigate, which thankfully, they eventually did.

It was a slow process and Born Free received word from an Italian specialist sea turtle vet that, due to the poor conditions, the turtles had been seized by local authorities in 2011 and transferred to Centro di Recupero del Sinis, a recovery centre for sea turtles and marine mammals in Sardinia. It transpired that Genoveffa had been at the aquarium for an astounding 34 years and Gavino 15. Both had originally come from the wild.

The centre reported that Genoveffa’s shell was covered in red algae and parasites, and her shell thin and brittle. She had extremely poor muscle tone and had anaemia and metabolic bone disease. Her poor condition was likely caused by the dirty water at the aquarium and lack of sunlight. Gavino’s condition was not as bad, but he too was underweight and had problems with his shell. The turtles were monitored in special, sea water hospital tanks and given expert, veterinary treatment, with access to sunlight and a varied diet. Over eight months their physical condition improved dramatically, with Gavino putting on 3kg and Genoveffa over 6kg. It was hoped both could eventually be candidates for release back into the wild - unlike baby mammals, sea turtles do not receive parental care and hatch fully equipped to cope on their own. These innate abilities remain in turtles that have spent long periods in captivity, and they can still adapt to life in the wild, even following complex migration routes.

Then in 2012, came the terrible news that the aquarium owner had won his appeal against Genoveffa’s seizure, and she was reluctantly returned to the aquarium. The owner had acquired Genoveffa before Italy became a Party to CITES* in 1979 and the courts ruled she was his legal property. But the subsequent outcry by local and international animal welfare organisations meant she was not going to be forgotten. Born Free continued to express concerns about Genoveffa’s welfare with Italian authorities and launched a letter-writing campaign with our dedicated supporters. Thankfully everyone’s persistence paid off. The Italian authorities inspected Alghero Aquarium again and declared the facility was in a ‘general state of decay’ with no improvements to Genoveffa’s tank. Legal action was taken against the aquarium owner for holding animals in such substandard conditions and in 2013, Genoveffa was transferred back to the rescue centre.

The rehabilitation of animals damaged by captivity can be a lengthy process, with legal disputes and acquiring relevant permits to release animals back to the wild often taking many years. But Genoveffa and Gavino were not forgotten. On 9th October 2021, CReS were finally able to release them off the coast of Western Sardinia. The exciting spectacle, extensively covered by Italian media outlets, saw Genoveffa and Gavino swim off into the Mediterranean Sea. Importantly, both turtles were satellite tagged to enable post-release monitoring via GPS, and allow their movements to be tracked to confirm whether they have been able to locate wild feeding grounds and look after themselves, independent of any human intervention.

Sadly, not every captive animal is able to be rescued or returned to the wild. Although Born Free can't take direct action for every animal we hear about, every single report we receive provides vital information and evidence to assist our work to secure policy change and effective legislation, supports our call for improved animal welfare, and ultimately, helps end the suffering of wild animals in captivity.

YOUR report, letter, email or photo will help change lives, so never give up and keep speaking out for captive animals like Genoveffa and Gavino.

FIND OUT MORE & RAISE A RED FLAG
*CITES: The UN's Convention on International Trade in Endangered Species of Wild Fauna and Flora, which regulates trade in rare animals and plants.