Apes, monkeys, lemurs, and more - primates are one of the most diverse groups of mammals. In the wild, they are mainly distributed across tropical and subtropical Africa, Asia, and the Americas. But their suffering and exploitation in captivity is a global issue, as exposed in the Red Flag reports you send to Born Free.

Primates are among the most intelligent animals on the planet, one of the reasons they suffer so much in captivity. If you've ever stared into the eyes of a captive orangutan, chimpanzee, or gorilla, or placed your hand against theirs via a zoo's glass viewing window, there's something so relatable and sad. These are our closest relatives, and their suffering and exploitation is immense.

Primate species are uniquely adapted to flourish in a variety of wild habitats. Species may be 'arboreal' – spending most of their time high up in trees, such as orangutans, or 'terrestrial' – living mainly on the ground, such as gorillas and baboons, or 'semi-terrestrial', mixing life on the ground with sleeping in the trees, such as chimpanzees.

In captivity, the limited space and enrichment provided, social interactions, diet, and climate are a far cry from the complex lives these species have evolved to lead in the wild. The damaging impact of such deprivation on individual captive animals can be huge.

Captive primate species seem particularly prone to developing stereotypic behaviours, such as repetitive neck-twisting, rocking, bar and wall-licking, over-grooming, self-mutilation, eating or playing with faeces, and vomiting and regurgitation. It's a shocking and horrific list of unnatural behaviours.

Countless primates are humiliated in circus-style shows, such as orangutans forced to 'fight' in boxing matches or spin hula-hoops. Macaques are trained to ride bicycles and dressed in clothes or smeared in make-up. Squirrel monkeys and cappuchins are chained or tethered, and touted for souvenir photos. Lemurs are used in close-contact interaction activities.

Your reports continue to provide vital evidence about primates in captivity. 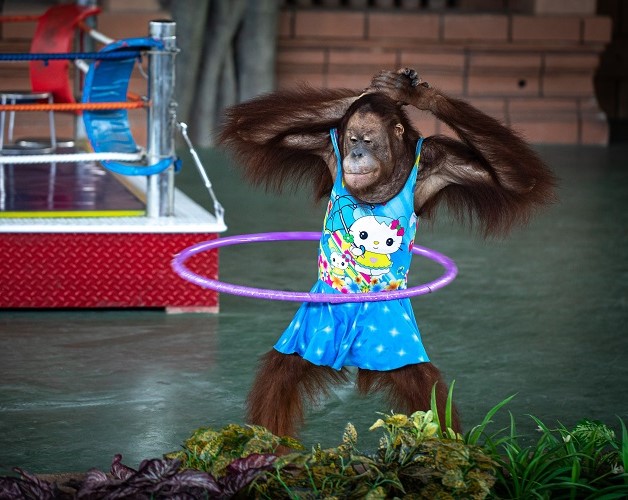 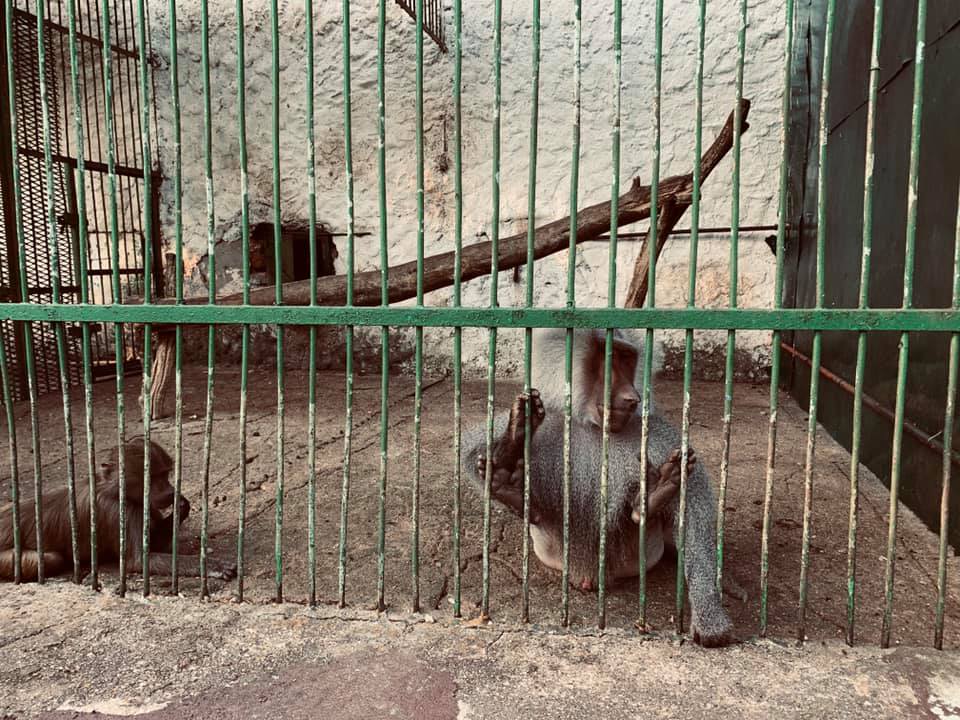 Bitola Zoo, Macedonia: "It was a very hot day and animals had little shade. The baboons, who had babies, looked sad in their small cage with no water apparent". 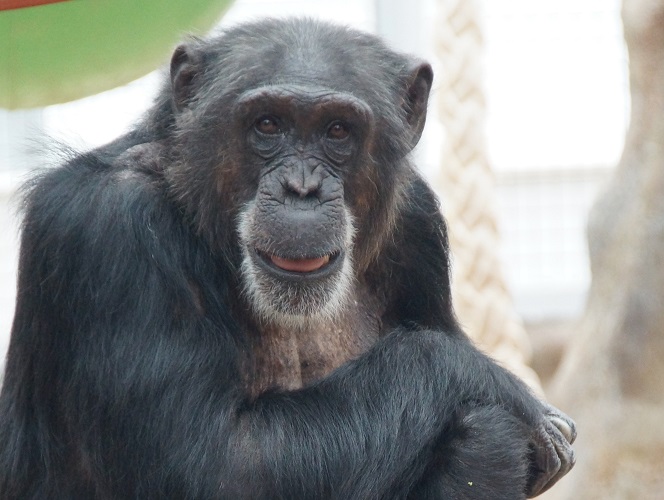 Colchester Zoo, UK: "I was upset to see the indoor chimp enclosure. It felt very unnatural and not much space. One chimp sat in a corner, rocking back and forth”. 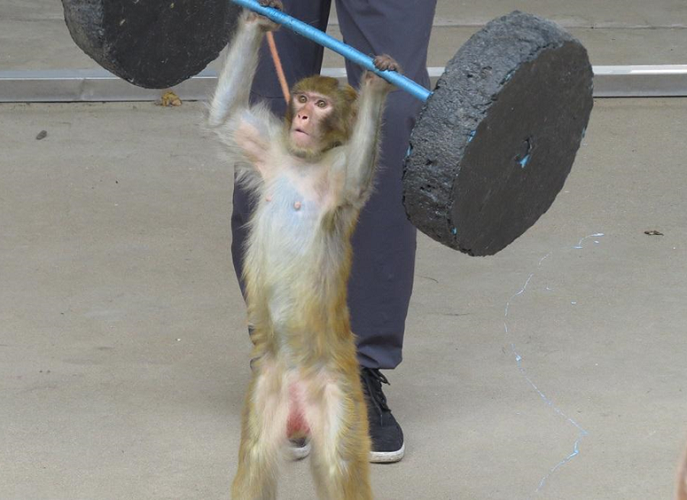 Qinhuangdao Zoo, China: "Many primates were kept in smelly, concrete cells with no water. There was a show in which macaques had been trained to mimic lifting weights". 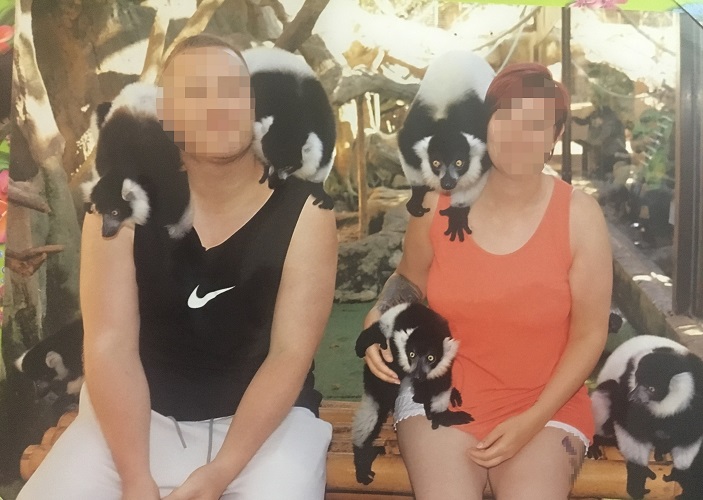 Mundomar, Spain: "The Park’s lemur exhibit allowed for close contact with the animals and photo opportunities". 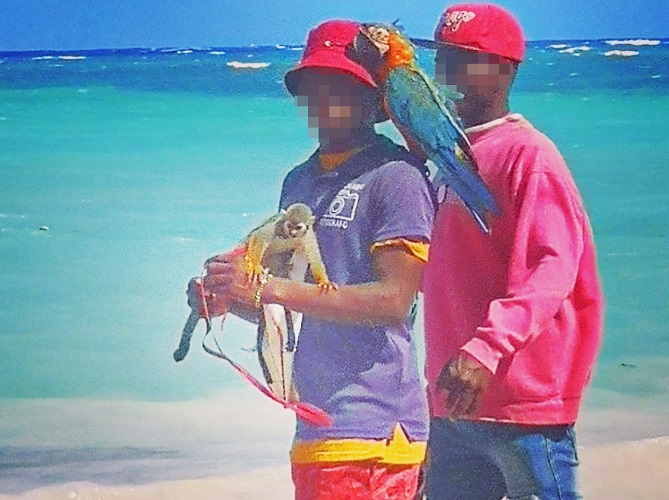 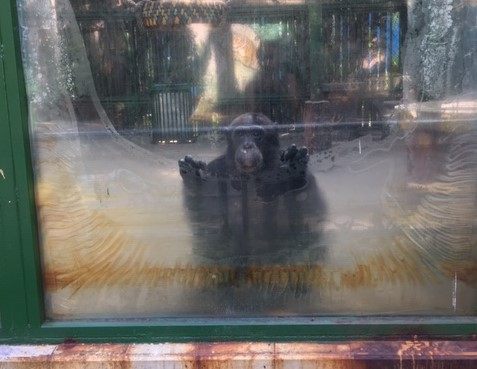 Saigon Zoo, Vietnam: “Two chimps in a concrete enclosure with a rope & tyre, but nothing else. One chimp was huddled against a wall not moving, the other sat by the dirty, glass window, staring out".

If you see exploitation or have concerns about a captive wild animal, please take action and voice your concerns.

As well as sending your eyewitness reports to Born Free via our Raise the Red Flag online report form, it's so important that YOU speak out further too. We have provided lots of useful guidance to help you find who to contact and how. Whether it is the captive facility or 'attraction' themselves, a government body, your tour operator, or the international media – your individual actions can have real positive results for captive wild animals. Please visit our Speak Out page for further details.

Although Born Free has rescued, and supported the rescue and care of scores of primates from various captive situations over the years, it simply isn't possible for us to take direct action for every animal we hear about. However, every single report we receive provides vital information and evidence to assist our ongoing work to secure policy change and effective legislation, supports our call for improved animal welfare and, ultimately, helps end the suffering of wild animals in captivity.