What's the difference between African and Asian elephants? A frequent question when learning about these majestic animals. But, regardless of which has the biggest ears (the most notable distinction between the two), they clearly all suffer in captivity, as exposed in the Red Flag reports you send to Born Free.

Around the world, we hear about elephants held in zoos and 'camps', used in religious festivals and ceremonies, and exploited in circuses, for rides, and as props for souvenir photos.

Born Free is convinced that captivity cannot provide for the needs of elephants. Zoos and other captive facilities simply cannot replicate the highly complex social and physical environment elephants have evolved to live in. In the wild, they live in complex, multi-generational family units of females and offspring, while adult males compete for dominace and female attention.

In captivity, elephants are frequently kept in unnatural social groupings consisting of unrelated individuals and all too often kept entirely alone. They frequently suffer health issues as a result of being kept on unnatural surfaces and substrates - such as foot and joint problems, as well as skin problems, obesity, and disease. Elephants are highly intelligent animals and a lack of stimulation in captivity is particularly detrimental, leading to numerous abnormal stereotypic behaviours, such as repetitive head-bobbing, weaving, swaying, and walking over the same set path or in a circle.

Elephants are exploited in shows and circuses, forced to perform unnatural tricks such as 'playing' football and basketball, painting rehearsed pictures on command, and even standing on their heads. Many captive elephants are used, and abused, for paying tourists to ride or interact with.

Your reports continue to provide vital evidence about elephants in captivity. 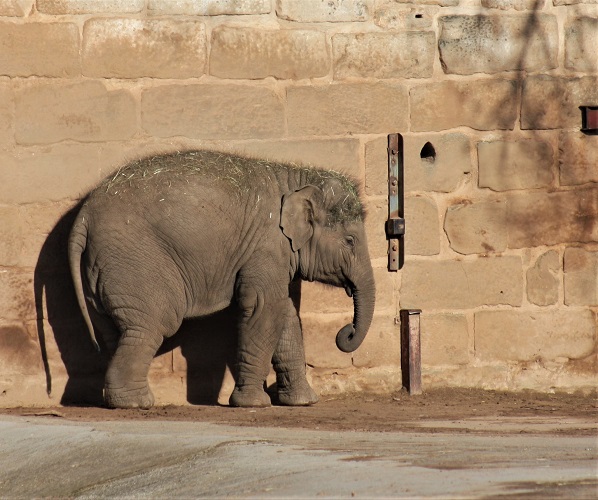 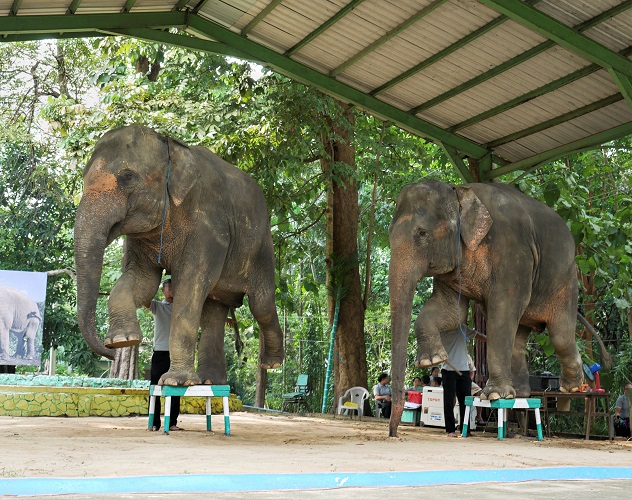 Yangon Zoo, Myanmar: "There was a show using various animals including elephants forced to perform tricks, such as walking in a circle trunk to tail, balancing on tiny podiums, 'dancing' & scoring football goals". 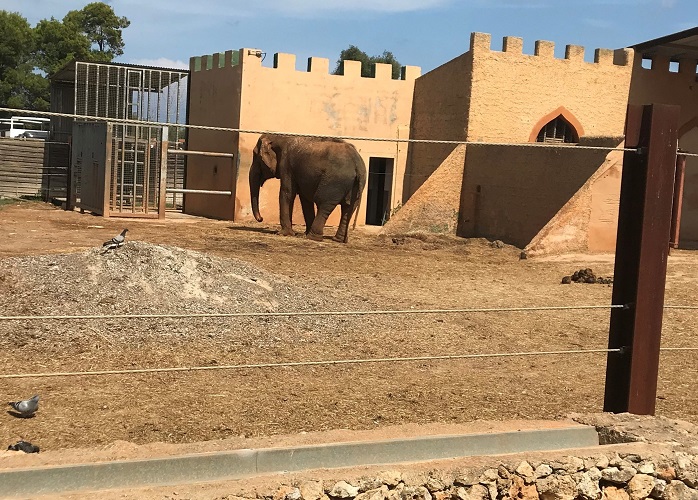 Safari Zoo, Mallorca, Spain: “Concerned to see a lone Asian elephant, standing in very small enclosure, rocking & swaying from side to side, staring at a wall. It just seemed so unhappy & depressed. The zoo in general appeared very run down”. 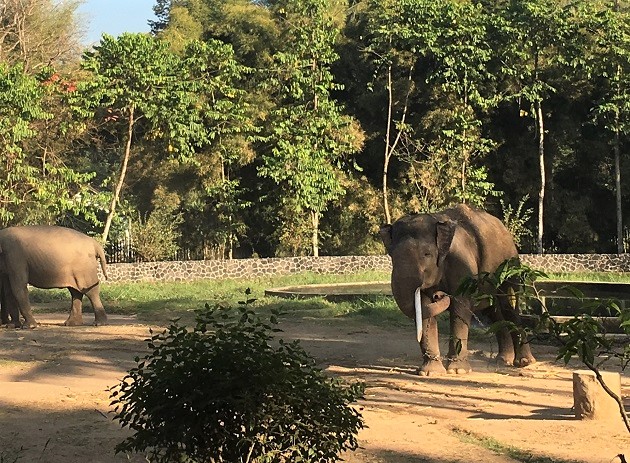 Borobodur Temple, Indonesia: "Three elephants chained by their legs in a barren, dusty area near Temple. A large bull elephant looked particularly distressed, swinging his head back & forth, & rattling his chain. There was a small pool of dirty water behind them”. 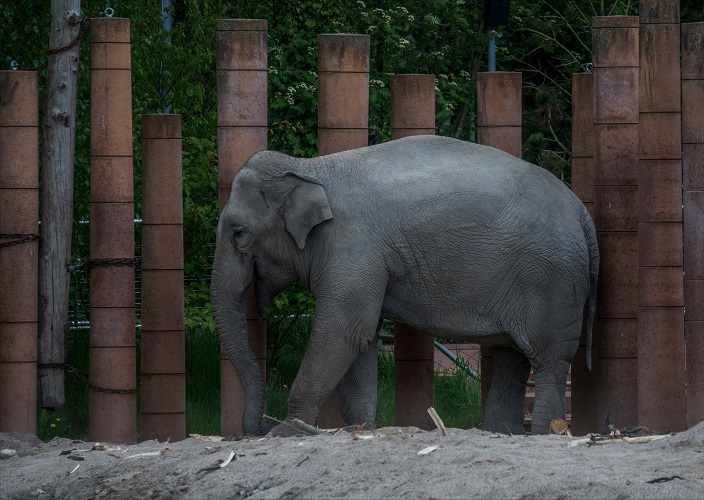 Copenhagen Zoo, Denmark: “I was upset to see an elephant swaying from side to side, lifting each front leg in turn. She went to help another elephant, who was attempting to retrieve a ball outside of the enclosure, then she went back to swaying again". 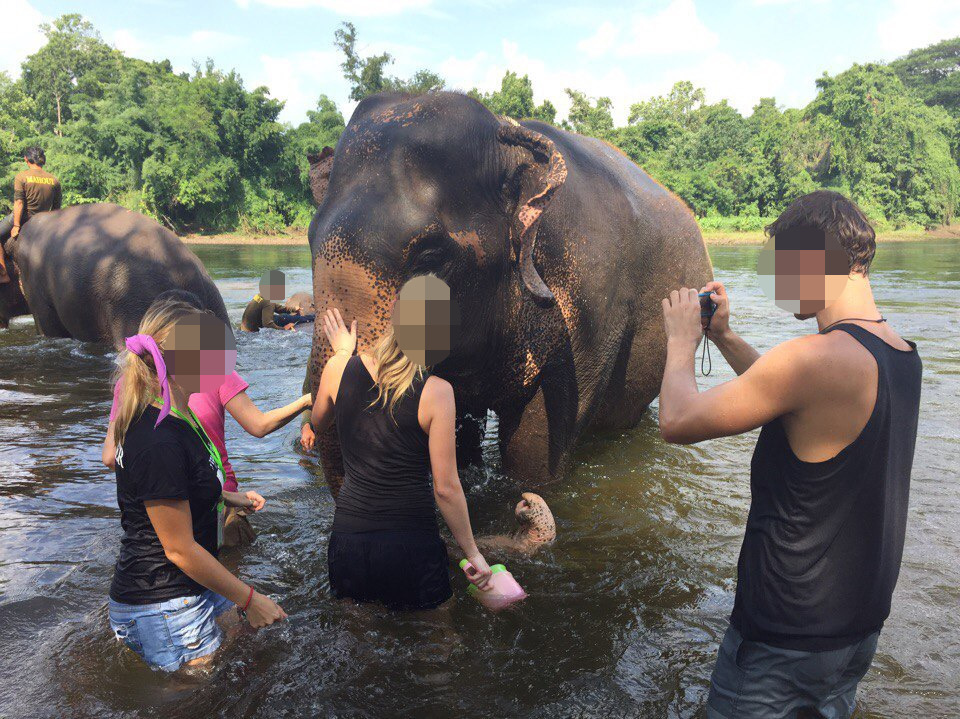 Elephants World, Thailand: “I volunteered here. While the elephants appeared well fed, they were exploited for visitor interactions such as ‘bathing’ & ‘washing’ in the river for photo opportunities. At night the elephants were chained". 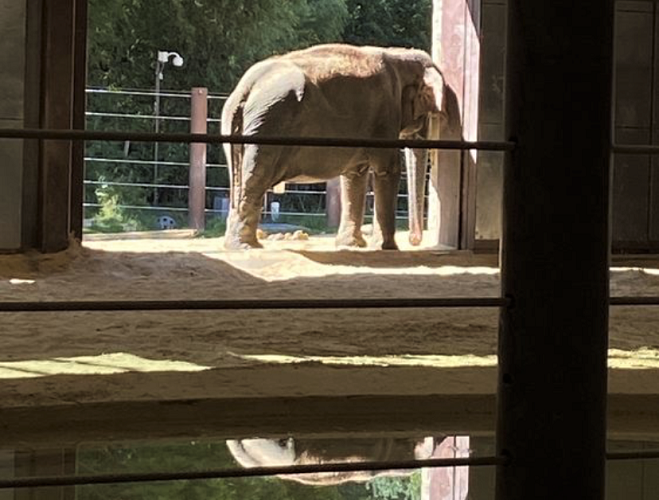 Smithsonian National Zoo, USA: “The elephants had their heads against a wall the whole time. They did not move, just stood with their backs towards the visiting crowd. I thought this was a very depressing zoo”.

If YOU witness exploitation or have concerns about a captive wild animal, please take action and voice your concerns.

As well as sending your eyewitness reports to Born Free via our Raise the Red Flag online report form, it is so important that YOU speak out further too. We have provided lots of useful guidance to help you find who to contact and how. Be it the captive facility or 'attraction' themselves, a government body, your tour operator, or the international media - your individual actions can have real positive results for captive wild animals. Please visit our Speak Out page for further details.

Although it simply isn't possible for Born Free to take direct action for every animal we hear about, every single report we receive provides vital information and evidence to assist our work to secure policy change and effective legislation, supports our call for improved animal welfare and, ultimately, helps end the suffering of wild animals in captivity.