Sharing approximately 98% of their DNA with humans, gorillas are intelligent and captivating primates that live in family groups. Western and eastern gorillas both have highland and lowland sub-species.

Gorillas are the largest primates in the world; males weigh around 143-169kg and can stand up to 1.8 metres tall. With low reproduction rates, female gorillas will give birth to only three or four infants in their lifetime. Wild gorillas have a range of vocalisations to communicate and have been observed humming when they eat food they enjoy.

Sadly, of the four sub-species that exist on our planet, all are either classified Endangered or Critically Endangered by the IUCN. Gorillas are balancing on the very edge of extinction. One of the sub-species – the Cross River gorilla – is believed to number only 300 individuals.

Threats posed by poaching for bushmeat, habitat loss and degradation of their natural habitat have fragmented remaining populations into ever smaller groups that are unable to recover from these human activities. 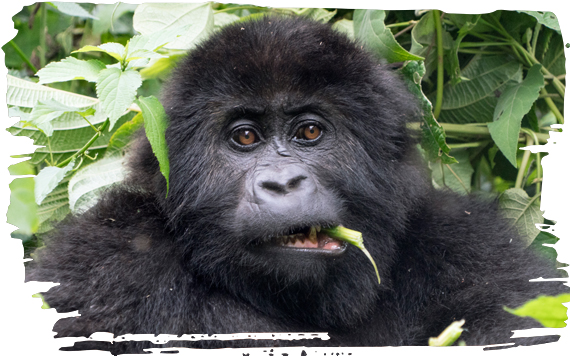 WHAT'S INCLUDED IN YOUR GORILLA ADOPTION 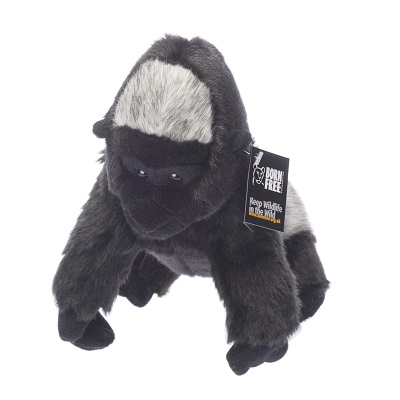 Your own cuddly toy gorilla to keep at home.
Toy may vary from one shown. 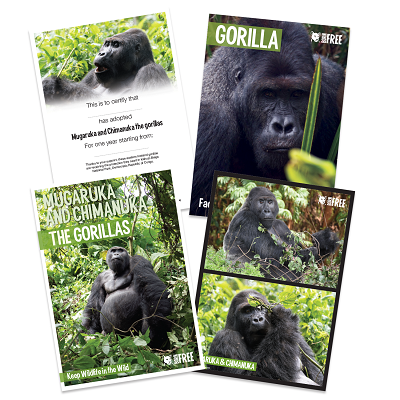 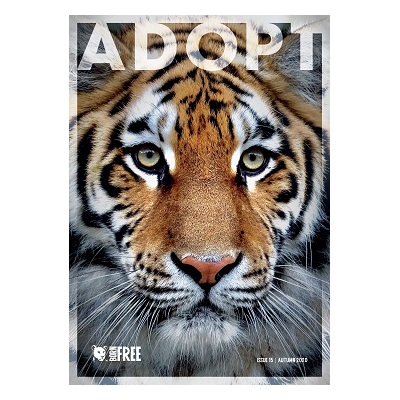 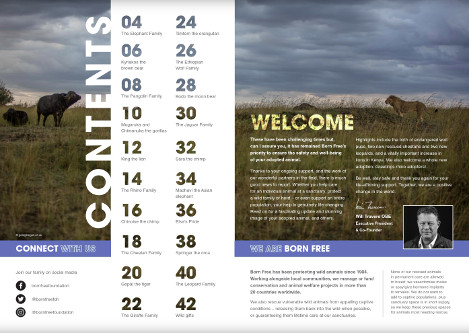 The demand for bushmeat and body parts remain some of the biggest threats to gorilla survival. Poachers kill gorillas to supply wealthy consumers or sell the meat in towns. Orphaned infants are then taken to be sold as pets.

The rate of habitat loss is also exacerbating the issue. As a result, large areas of forest that were once inaccessible and offered natural protection to gorilla groups have now disappeared. Snares and traps set for other animals also regularly kill or injure gorillas.

Human contact brings a further problem. Highly infectious diseases like the Ebola virus pose critical threats to gorillas, and have been responsible for a drastic decline in numbers – for example western gorillas have experienced an 80% drop in numbers over three generations (according to the IUCN).

ADOPTING A GORILLA WILL HAVE A MASSIVE IMPACT

Funds from your adoption will support the protection and conservation of wild gorillas in Kahuzi-Biega National Park in the Democratic Republic of Congo (DRC).

Our work continues to address the illegal trade in wildlife via collaborations with national governments, law enforcement agencies and other conservation organisations. You can help provide care and protection for gorillas by adopting Mugaruka and Chimanuka.

Secure the survival of the species through greater protection

Campaign against the illegal trade in wildlife

ADOPTING A GORILLA AS A GIFT?

NEED HELP WITH YOUR GORILLA ADOPTION?