The largest of the great apes, the gorilla is thought to have shared a common ancestor with humans about 10 million years ago and, today, shares approximately 98% of its DNA with humans.

A typical family group is composed of one dominant mature male – the silverback – and several adult females and their young. An average group size is about five to 10 individuals, although 50 or more is not unheard of.

Once mature, males and females disperse from the group they were born in to avoid inbreeding. Males may go through a non-breeding solitary period for a few months or years, eventually attracting females and beginning a new family group. The strongest social bonds in gorilla groups are male-female. Males and females groom each other to reinforce their bond, and adult males will protect females and their offspring from predators and stronger males who might attack and kill their young.

Gorillas have a range of vocalisations for communication; grunts, whimpers, barks, whines, chuckles and belches are just a few examples. The belch noise is a soft contact call used when individuals are out of visual contact, and excited gorillas may bark, hoot, roar or scream. Male displays, which use a combination of these calls, also involve charging, strutting and throwing vegetation. Both male and female gorillas laugh when they play.

Gorillas have low reproduction rates, with females only giving birth every four to six years after a gestation period of eight to nine months. Declines in number are therefore of conservation concern, as it can take a long time for populations to rebound.

Both eastern and western gorillas are highly threatened by illegal poaching for the bushmeat trade, and for use of their body parts in medicines and magical charms.

Habitat loss and degradation due to deforestation and agricultural expansion also threaten gorillas by fragmenting their populations.

Highly infectious diseases like the Ebola virus also pose critical threats to gorillas.  A 2006 paper in Science implicated Ebola as the killer of over 5,000 gorillas in Lossi Sanctuary, north west Republic of Congo.

Born Free works with local communities in the Dja Biosphere Reserve in Cameroon to help protect western lowland gorillas
living in the rainforests of the Congo basin.

We also campaign against the exploitation of gorillas in captivity. 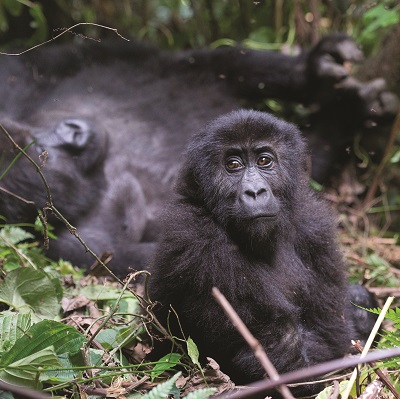 We work with local communities in the Dja Biosphere Reserve in Cameroon to help protect western lowland gorillas living in the rainforests of the Congo basin. Our aim is to increase the abundance of gorillas in this great ape conservation priority area, and to foster a sustainable coexistence between local people and wildlife. 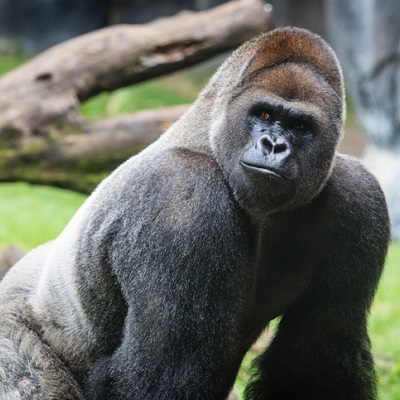 Born Free supports the Limbe Wildlife Centre in Cameroon which rescues, cares for and releases gorillas back to the wild. 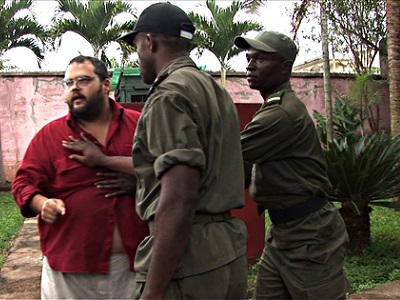 We campaign against the illegal trade in bushmeat from apes and other threatened species, and in the live trade in infant apes, which is exacerbated by logging and other commercial ventures that increase access to forest.

The work of the Last Great Ape organisation (LAGA) and Eco Activists for Governance and Law Enforcement (EAGLE) networks, focuses on the enforcement of national legislation to protect and preserve wildlife in a number of central and west African countries.