Our first sanctuary opened in 1996 in the south of the reserve and enabled us to rehome two lions and a leopard rescued from the roof of a restaurant in Tenerife. The following year, thanks to the generosity of the family and friends of young naturalist, Julie Ward, tragically killed in Kenya, an education facility was built in her memory at our sanctuary. This allows local children to learn about their own wildlife and the suffering wildlife can endure in captivity.

The second sanctuary, The Jean Byrd Centre, was completed in 2006, thanks to South African supporter Jean Byrd, and other generous sponsors.

The bush enclosures at our big cat sanctuary give the lions and leopards the space and privacy they so desperately need. Visitors are permitted but visiting times are extremely limited and there is only one viewing platform at each enclosure. 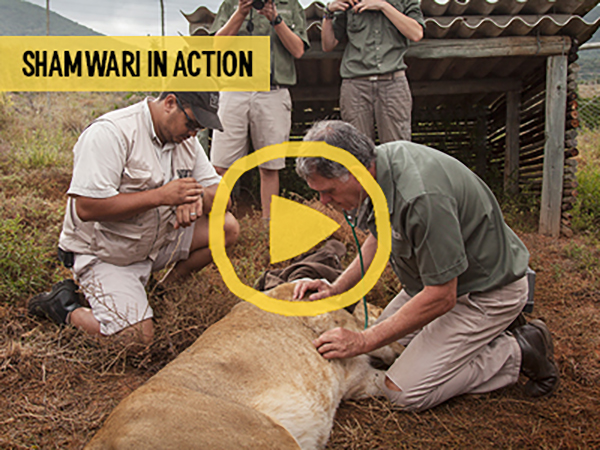 WATCH THE RELOCATION STORIES OF OUR BIG CATS 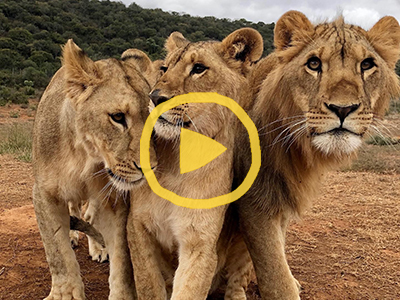 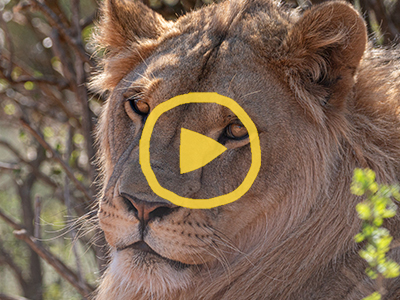 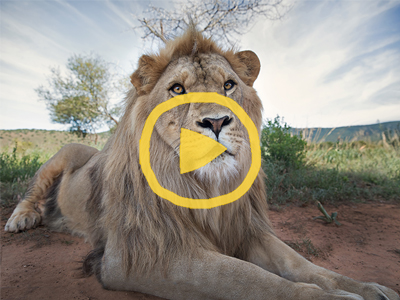 Our big cat sanctuaries are currently home to 12 lions and four leopards.

Our sanctuaries provide a new home and a new start for the big cats rescued from a lifetime of suffering in zoos, circuses or kept as pets.

For many, it may be the first time they have felt grass under their paws or had the freedom to run around! Whatever their circumstances, they soon adapt to their new life and start to enjoy the sights and sounds of Africa. 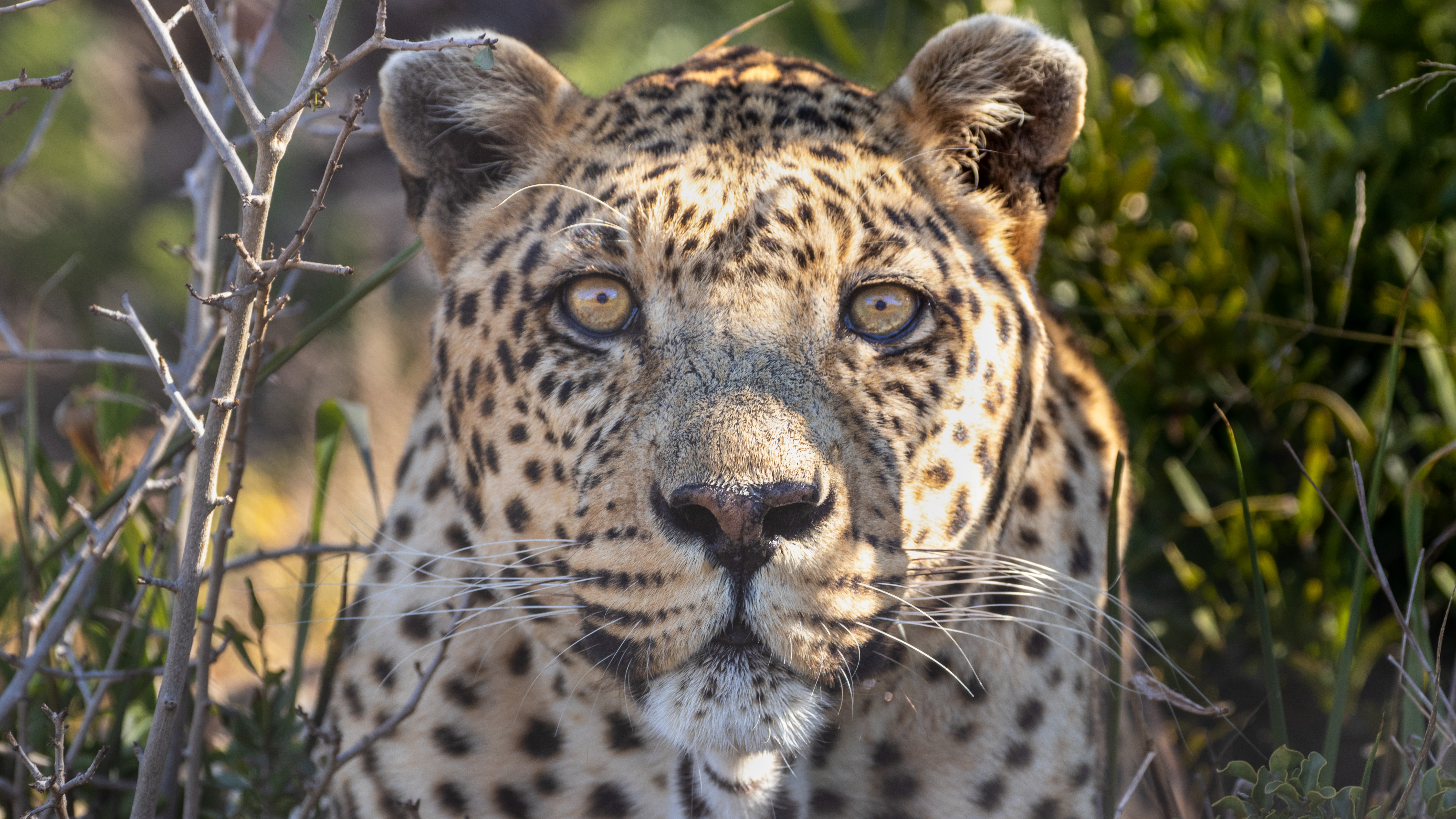 The Shamwari Conservation Experience may include the opportunity for volunteers to visit and get involved at Born Free’s big cat sanctuaries during their stay.

Volunteers help out with a variety of tasks, including gardening, construction and maintenance. 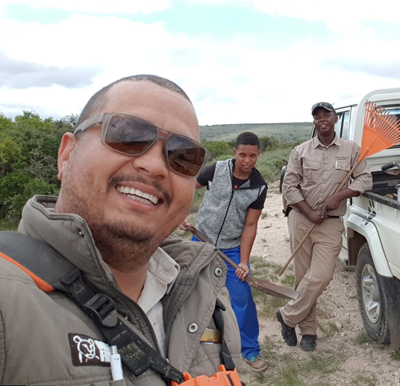