Kishor Rithe, Founder of Satpuda Foundation, has been working for nearly 30 years to protect wild tigers in central India.

As part of Born Free’s Living with Tigers programme, Satpuda Foundation works with local communities to help them live peacefully alongside wildlife, and lobbies government to ensure central India’s diverse landscape is protected.

“Every hurdle I face and overcome successfully gives me some extra energy,” Kishor says.  “When I see success on the community front and the biological front, it motivates me to keep doing more.”

“I have successfully shown that the wild tiger population can increase by relocating villages from core areas of tiger reserves by working with communities living in buffer areas on co-existence and addressing the threat of infrastructure projects proposed in wildlife corridors,” Kishor explains.

“Satpuda Foundation has shown how conservation initiatives help the local indigenous community to secure their livelihood. Tourism initiatives have created employment to around 5,000 youths and preventive and mitigation structures can ensure both development and corridor connectivity.”

Successful initiatives include nature trails to encourage local children to respect and love wildlife, a mobile health unit that gives local communities access to vital healthcare, and women empowerment groups that encourage women to start their own micro-businesses and earn their own money.

Kishor is very much in demand, and sits on several government committees.

“I hardly spend two days a week at my office. Mostly, I need to be either in the field or attending meetings of policy making bodies,” he says. “While in the field, my day starts at 6am and work continues until late evening inspecting project sites and discussing issues with concerned stakeholders.”

He’s very much looking forward to the next 30 years. “My vision for wildlife is to increase the wild tiger population in central India to 700 and to create at least five community-owned reserves,” he says. “I’d like us to move on from talking about cores, buffers and wildlife corridors and treat the entire landscape as one unit. We need to plan wise preventive and efficient mitigation measures for linear projects through advocacy, science and green technology.” 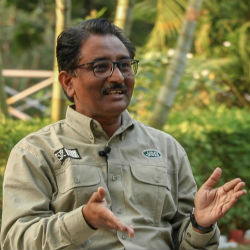 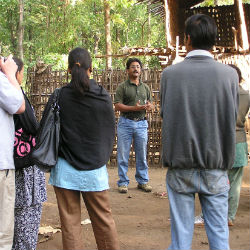 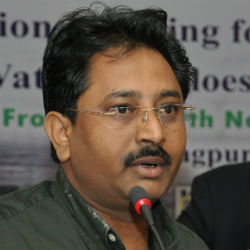