“With intelligence comes responsibility. A species capable of flying to the moon, inventing the internet and breaking the sound barrier is also capable of looking after its companion species on the planet.”

That’s the view of celebrity auctioneer and Born Free Patron James Lewis. James has worked with Born Free for 13 years and takes his role very seriously. You may have seen him acting as auctioneer at the charity’s events, but his work goes far beyond this.

“I love my work with Born Free and the day that I was asked to be a Patron is one of the proudest days of my life,” he says. “Working with DEFRA, Born Free, other NGOs and members of the antiques trade to bring about a change in the UK’s ivory laws has been incredibly challenging and although the new legislation is far from perfect, change was needed and I am proud to have played my part.”

“I believe in Born Free and all that they do,” James adds. “Some of what I do is to attend local schools and educate children, talking to antique groups or going on the local radio telling them about rescues. My most high-profile involvement has been working with Born Free to try and help stop poaching of elephants and rhino, but none of it is possible without the belief.”

Beyond Born Free, James is an active supporter of animal welfare and conservation charities. His company Bamfords Auctioneers has worked with World Animal Protection and the International Gorilla Foundation. Next year, he is heading to South Korea with Humane Society International to rescue 200 dogs from a dog meat farm. And he also has an animal rescue centre for pets that come from deceased estates.

Virginia McKenna OBE, Born Free's Co-Founder & Trustee, says: "James is one of the world’s true givers. Loyal, generous beyond belief in every way and a much-loved friend of Born Free."

So why are animal welfare and conservation so important to him? “We have a duty to leave the planet in a better state than we inherited it in,” James says. “Every extinction is a failure by us all. This is a fight where we have to stand together and win. Nobody should need more motivation than their own next generation.”

James played a vital role in changing the UK’s ivory laws, but although poaching makes the headlines, he believes the biggest threat to the world’s wildlife is habitat loss. “Whether it’s Madagascar, mainland Africa, South America, Borneo or elsewhere, the developed world needs to play its part in sponsoring large areas of land to prevent rainforest destruction or the blocking of migratory routes,” James believes. “Unless we make it more profitable to keep the rainforests than it is to sell the timber or palm oil, the destruction will never stop.”

“We have one world and we share it with some amazing creatures,” he adds. “Whilst much of the human race is responsible for destroying the world in which we live, there are others who strive to protect it and robustly defend our cohabitees. Born Free is full of such people.” 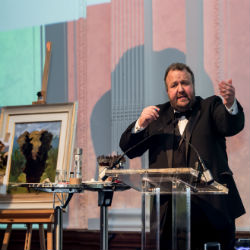 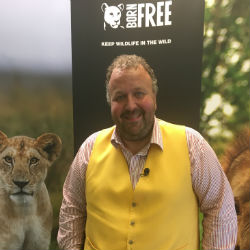 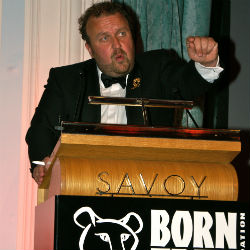