Car garages can be noisy, smelly and dirty. So, they’re certainly not the place to keep a one-and-a-half-month-old lion cub.

But a garage in Marseille, France, was where little Kuuma was discovered. Found on the same day as Horus, she was very unwell and underweight; with skin irritation, a dull coat, gastrointestinal problems and corneal ulcers.

She was seized by the French authorities and is being cared for at a temporary home in Lyon, France. Thankfully, Kuuma has recovered from her early illnesses, although there is still some concern about her eyesight – she is continuing to receive treatment for the corneal ulcers.

In the wild lion cubs are weaned around eight months old and premature separation from their mother can be hugely stressful as they would normally stay together for at least two years. Female cubs may stay in the same pride as their mother for life.

Kuuma’s owner has been prosecuted, but not yet sentenced as the case is waiting to go to court. It seems the authorities were working to identify an individual in connection with another case when they came across the cub. It is not known what specifically led the authorities to discover Kuuma.

Born Free is working to relocate Kuuma and three other cubs – Horus, Dadou and ‘Girl’ – to our Big Cat Sanctuary at Shamwari Private Game Reserve, South Africa. At Shamwari, Kuuma and the other Lions of Lyon can live free from harm in a safe and natural environment.

Dr Chris Draper, Head of Animal Welfare & Captivity at Born Free, who is overseeing the relocation of the cubs to South Africa, said: “The tragic stories of these cubs are the direct result from the appalling and continued demand for wild animals as pets and in circuses. These four cubs face a happier future in our care, but we must also work to stamp out the trade in wild animals as pets and bring to an end the use of wild animals in circuses once and for all.”

If you would like to help support the relocation and lifetime care of the Lions of Lyon, please donate here. 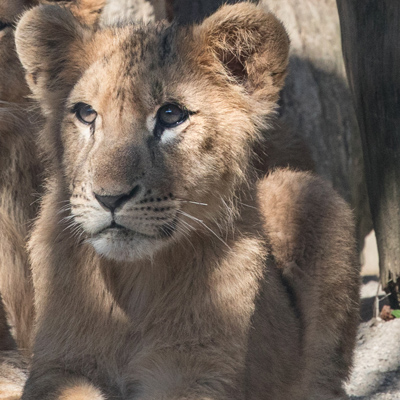 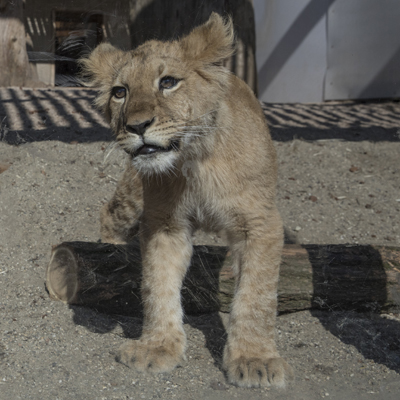