THANK YOU TO EVERYONE WHO MADE THIS POSSIBLE!

The Lions of Lyon – four lion cubs rescued from horrendous captive conditions  in France – have been released at Born Free’s big cat sanctuary and are now starting their new lives in their ancestral home of Africa.

Horus, Dadou, Thea and Cersei, believed to have been taken from their mothers before they were weaned, were each found in in different locations across France. They were kept in captive conditions no animal should ever be subjected to – an apartment, a garage, even a Lamborghini on the Champs-Elysées. No doubt part of Europe's trade in wild animals (from circuses, zoos and private keeping), they were sold illegally to be pets before being rescued by French wildlife charity, Fondation 30 Million d’Amis.

The cubs started their journey from Tonga Terre d'Accueil wildlife rescue centre near Lyon, on Thursday 10th October. They travelled under the care of Born Free’s Rescue & Care team to London Heathrow airport for a flight to South Africa. After a short internal flight, Horus, Dadou, Thea and Cersei touched down in Port Elizabeth, South Africa, before travelling the short distance by road to Shamwari and being introduced to their new forever home. 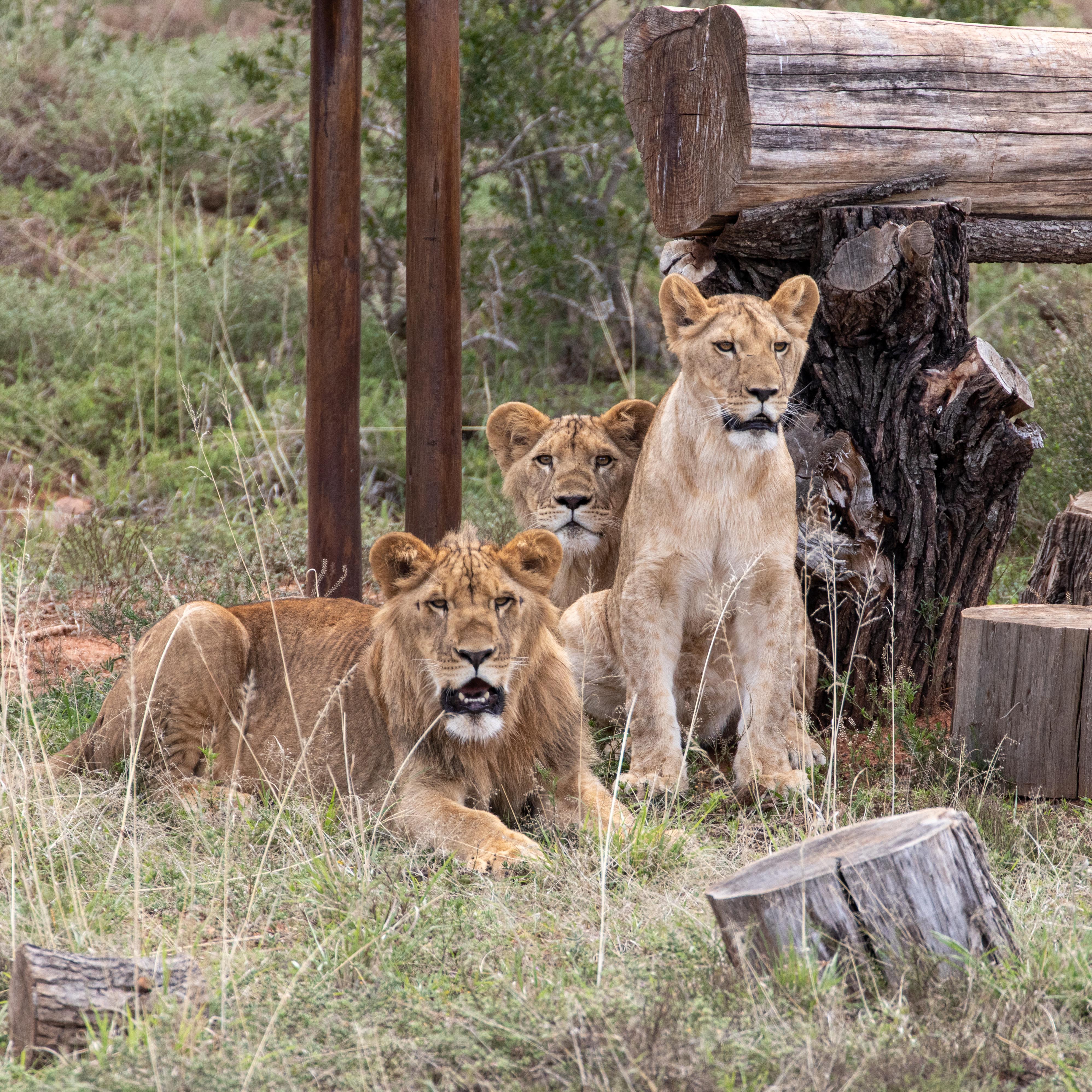 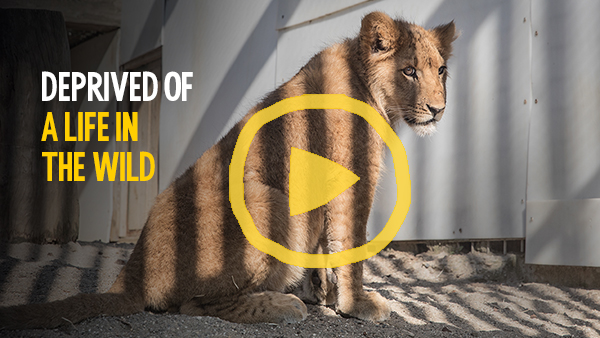 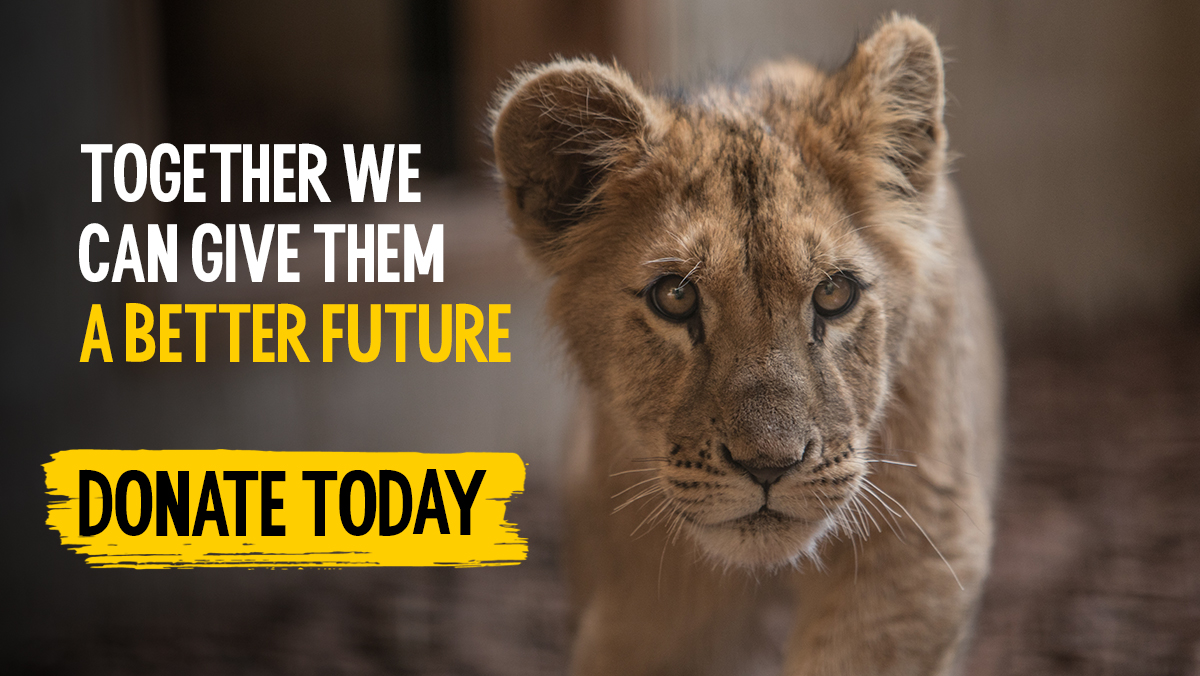 THE LIONS OF LYON - Their individual stories

Horus is the largest of the four cubs. He was found in reasonably good health on a child’s bed in an apartment on the outskirts of Paris. His owner, who was hiding in a neighbour’s cupboard when Horus was found, had posted images of the cub on Snapchat. He was fined and sentenced to six months in prison for illegally keeping a wild animal. 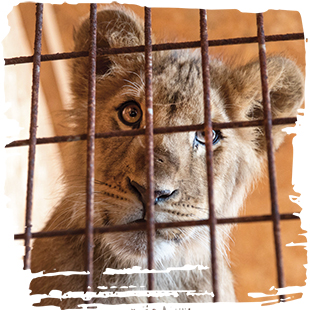 Cersei was found on the same day as Horus in a garage in Marseille. She was very unwell and underweight, with a skin irritation, dull coat, gastrointestinal problems and corneal ulcers. Cersei has since recovered. Her owner has been fined and given a one year suspended sentence. 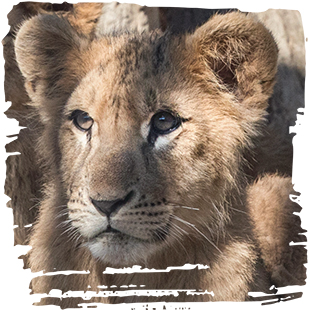 Dadou was found on Paris’ most famous street – the Champs-Elysées – in the back of a Lamborghini. His owner was caught by police officers taking photos with the cub. Dadou is missing the tip of his tail. When he was found, he had weak hind legs, but has now recovered. Dadou’s case is waiting to go to court. 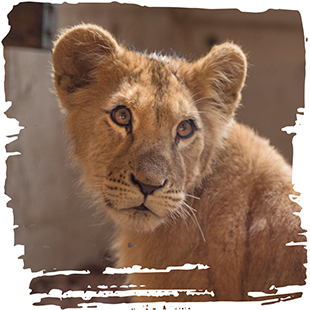 Thea is the smallest and youngest of the cubs She was surrendered by her owner and was very unwell. She had glaucoma, and was under-developed and underweight, with extreme hair loss and diarrhoea. Her court case is ongoing. 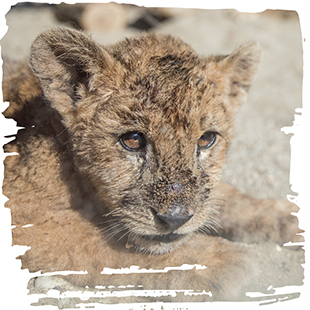