Most children have toy animals in their bedroom. But how would you feel about a real lion cub sitting on your child’s bed? Amazingly, this is exactly how Horus, a two-month-old cub, was discovered in an apartment in the suburbs of Paris, France, in October 2018.

Images of the cub were posted on social media, which helped the French authorities to locate the owner. When the authorities came to arrest him, he was hiding in his neighbour’s home. He was later sentenced to six months in prison for not having the required permits to keep a wild animal.

Fortunately, Horus was found to be in reasonably good health. Now about seven months old, he is being carefully looked after at a temporary home in Lyon, France.

Shortly after Horus was discovered, two other young lion cubs were also found in locations across France, and a third was surrendered by its owner. It is thought the cubs may have come from circuses, however nothing has been confirmed.

Maggie Balaskas, Animal Rescue & Care Manager at Born Free said: “It’s incredibly concerning that lion cubs continue to be traded and kept as pets in Europe. Horus, along with the other lion cubs that Born Free are aware of, are likely to be the tip of the iceberg. Providing a happier future for these cubs is just a small part of the solution, and more work is needed to tackle the trade and exploitation of wild animals as pets and in circuses.”

Born Free is working with the relevant authorities and Fondation 30 Millions d’Amis to provide a permanent and safe home for all four cubs at our Big Cat Sanctuary at Shamwari Private Game Reserve, in South Africa. Here, they will receive lifetime care and live in spacious, natural bush enclosures in an enriching environment, surrounded by the sights and sounds of Africa.

If you would like to help support the relocation and lifetime care of the Lions of Lyon, please donate here. 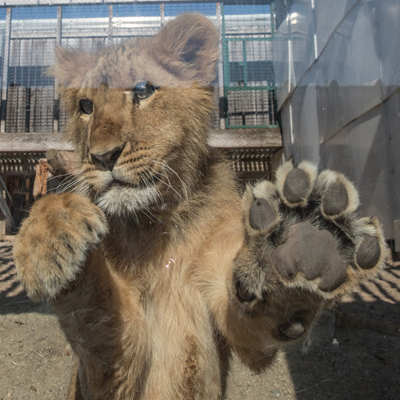 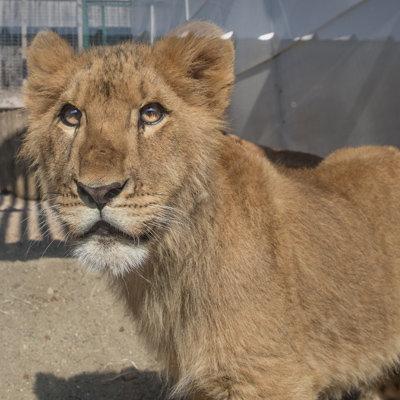