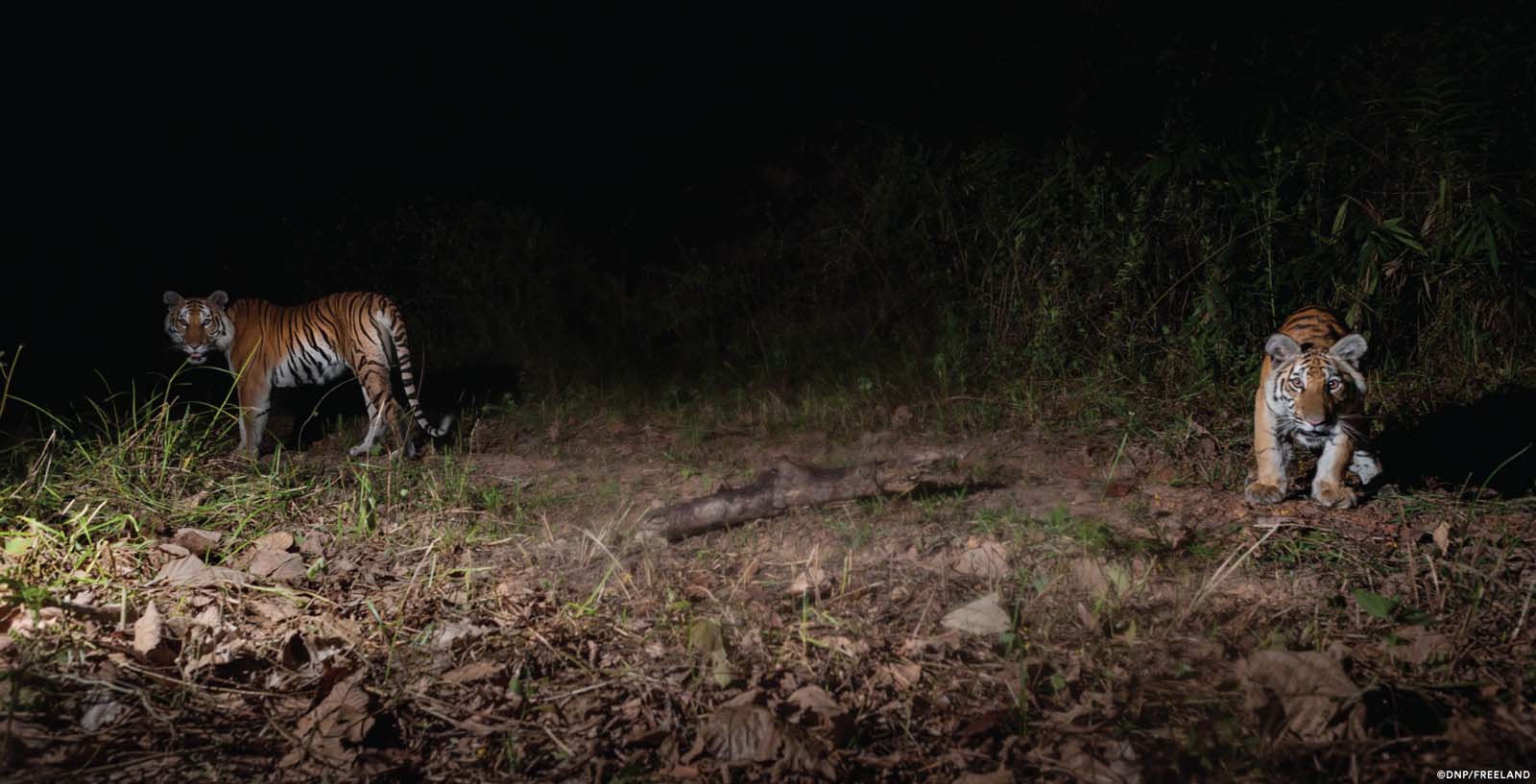 A small population of Indochinese tigers survive in one of South East Asia’s last contiguous tracts of forest in eastern Thailand. Here, threats to tigers include poaching and forest fragmentation via road expansion, the development of new dams, wild fires, and illegal logging. However, the Freeland Foundation, a counter-trafficking organisation, protects these tigers both directly by improving law enforcement and enhancing park monitoring, and indirectly by expanding community-based outreach.

In recent months, Freeland has surpassed its expectations during outreach activities, reaching 803 students and 55 teachers who participated in conservation awareness activities. Despite experiencing wildlife conflict and poaching in their daily lives, the students were overwhelmingly positive about conservation and sustainability. To extend its reach, Freeland formed a network of professional educators from local schools, called Teachers for Forests, to promote conservation in their curricula and bolster local support for wildlife and their habitats.

Due to the importance of gathering information about prey species and the threats facing wildlife, Freeland continued tiger monitoring every month, and trained more rangers in data collection and surveying techniques. The rangers deploy camera traps, which are an essential tool in the dense jungle, enabling identification of individual tigers from their stripe pattern. The images captured have provided amazing insights into the lives of tigers. In November 2018, one of the closely monitored females, who herself was only born in 2015/16, gave birth to three cubs. Freeland is thrilled to see that all the cubs have survived and are well on their way to adulthood, an extraordinary feat for such a young mother and a glimmer of hope for an imperilled species.

Due to the joint efforts of Freeland and the Department of National Parks, Wildlife and Plant Conservation, Thailand, in promoting co-existence, protecting wildlife and continually monitoring the tiger population, no evidence of tiger poaching was recorded in 2019, and recent estimates indicate a 30% rise in mean tiger density between 2016 to 2018 in Freeland’s target area.

Freeland is expanding operations to additional sites critical for wildlife in Thailand, in the hope that one day, the Indochinese tiger and numerous other species will thrive in the wild.