Leopards benefit from innate stealth, camouflage and lightning speed reactions. Sharp teeth and claws, strong jaws, powerful bodies and acute senses make them accomplished hunters. They are also superb climbers and often drag their kill into trees out of reach of other predators.

Leopards, like most big cats, must defend their home range from others. Smell is the most important form of communication and they will spray urine and rub scent on trees and bushes around their territory, as well as leaving scratch marks, to warn other animals to keep away.

Leopards are solitary creatures, living and hunting alone – when young, their mothers teach them the skills needed to survive on their own.

The female leopard gives birth and rears cubs alone; cubs are helpless and rely on their mothers’ milk and as they become weaned they are dependent on the meat their mothers catch, before learning how to hunt for themselves.

Wild leopards are under threat, largely due to human pressures and habitat loss, while captive animals suffer in zoos, circuses and under private ownership.

Even in modern zoos big cats repeatedly pace, frustrated because their hunting and territorial instincts are denied. Although they often breed well in captivity, it is extremely difficult to return a captive-bred big cat to the wild and this almost never happens.

Born Free works to protect leopards from the threats they face, both in the wild and in captivity.

We rescue individual leopards from suffering and exploitation and provide them with lifetime care. 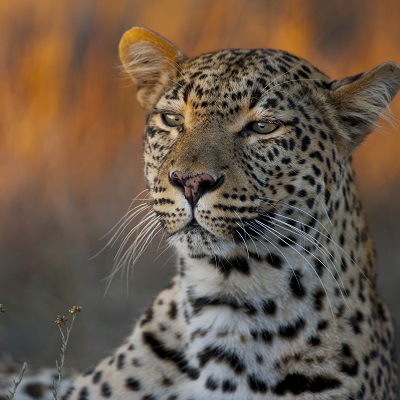 Born Free rescues individual leopards from lives of misery in African and European zoos, circuses and other captive environments.

We rehome leopards at our big cat sanctuary in South Africa and provide them with lifetime care in spacious, natural bush enclosures, giving them the space and privacy they so desperately need. 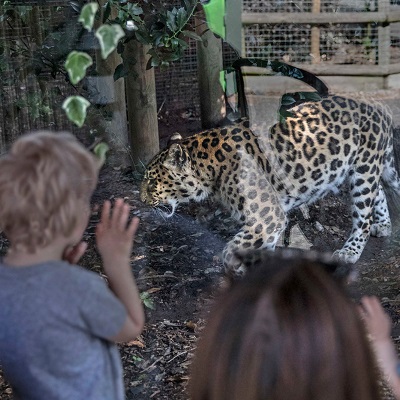 We campaign to end captive exploitation of leopards and all wild animals for sport and entertainment.