The fastest animal on land, the cheetah can accelerate at the rate of a sports car and sprint at up to 75mph. A cheetah’s spine is particularly flexible, and an enlarged heart, wide nostrils and increased lung capacity allow for better oxygen intake – covering eight metres in a stride.

Easily recognised by its spotted coat, black tear marks below its eyes and long legs and back, the cheetah is a stunning animal; males are slightly larger but it is difficult to tell them apart from females. Females are solitary and live alone in very large home ranges, except when they are raising cubs.

Males are very sociable and will group together in coalitions, usually with their brothers, or two or three lone males. Males are highly territorial, choosing a point at which several female ranges overlap and defending this area. All the males in the coalition mark their territory with urine and defend it against intruders.

Females can give birth to up to nine cubs after a gestation of three months, although the average litter size is four. Cubs rely on their mother’s milk and stay with their mother until about 20 months old – during this time they learn how to hunt and avoid other predators.

Wild cheetah populations are under threat due to conflict with humans, loss of habitat and diminishing prey. In addition, cheetah cubs are trafficked out of Africa to feed a growing illegal demand for pets in the Middle East. 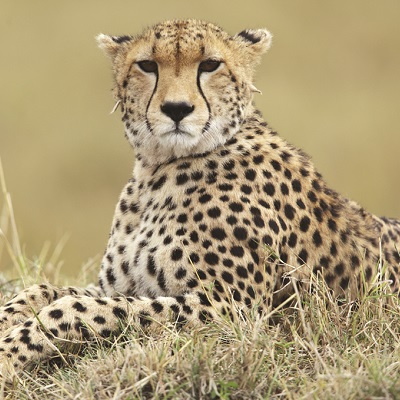 Born Free's Ensessa Kotteh wildlife rescue centre in Ethiopia provides a safe haven and rehabilitation facility for cheetahs confiscated from illegal trade, as well as those which have been orphaned or rescued from captive environments. 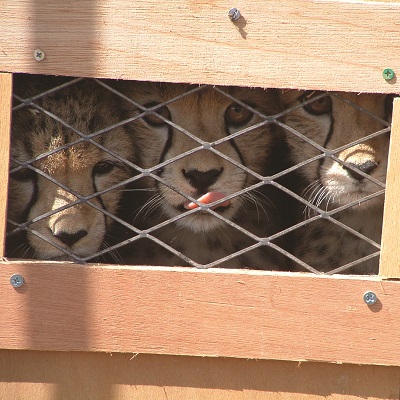 The Ethiopian Wildlife Conservation Authority, a government run organisation, is working to address the problem of cheetah and other wildlife trafficking out of Ethiopia.