KING GETS A COMPANION

We are delighted to report that King, the lion who lives at our big cat sanctuary at Shamwari Private Game Reserve, in South Africa, now has a companion. 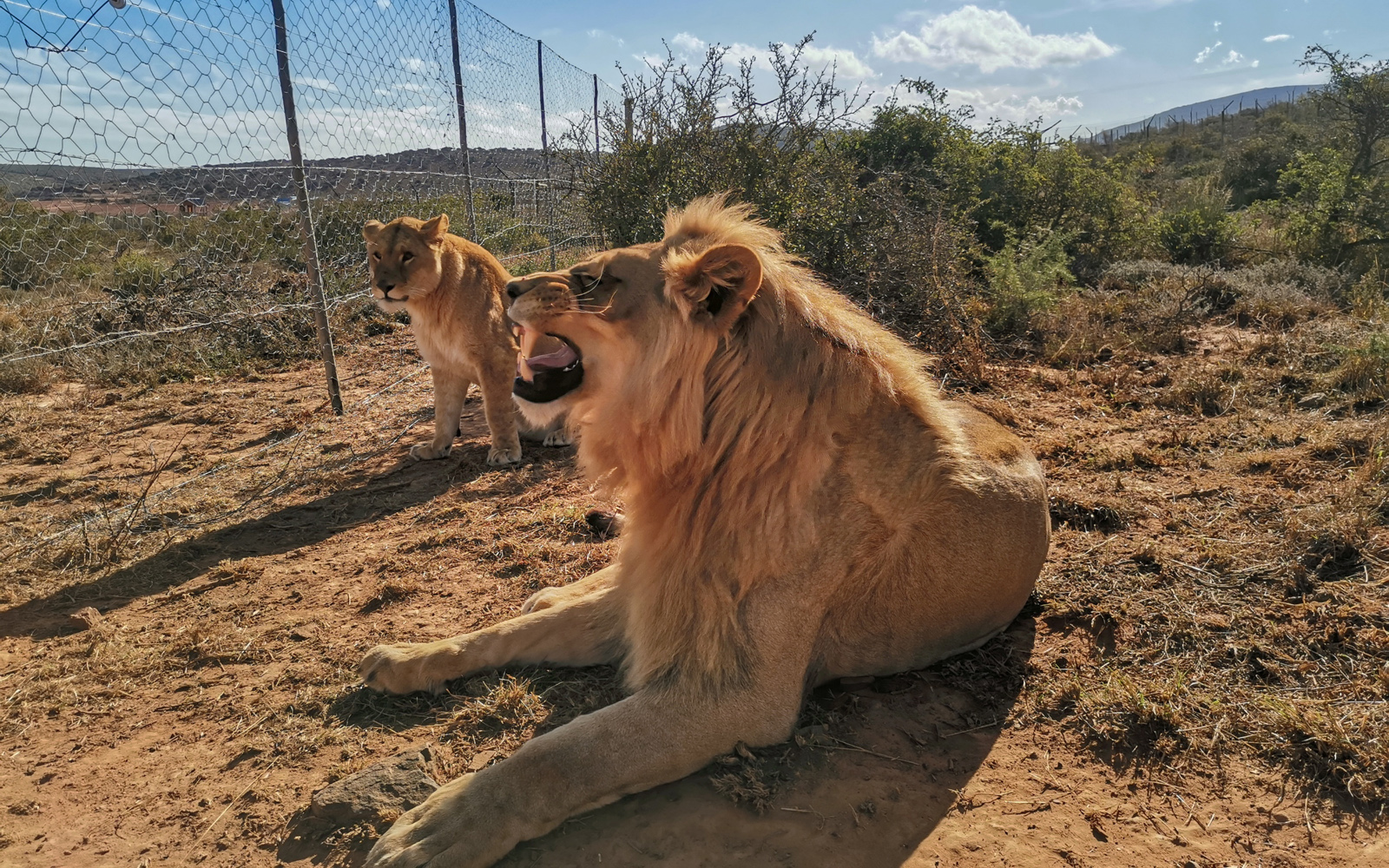 King has been introduced to Thea, one of the Lions of Lyon who arrived at our sanctuary in October 2019.

In August, we temporarily subdivided King’s enclosure with a fence and moved in Thea so they could interact and become familiar with each other, but still have their own space. Within a week, the lions were spending most of their time nuzzling against each other either side of the fence, or sitting only metres apart.

After a month, we made the decision to properly introduce them. King moved through the sliding gate in the dividing fence to greet Thea in her side of the enclosure. Her initial reaction was to give him a gentle swipe on the nose but, she quickly warmed to him. Since then, they have been inseparable, spending their time playing together and climbing on their jungle gym.

Both King and Thea were rescued from France’s exotic pet trade. King was found in an apartment in Paris where he was being kept as a pet. Thea was kept as a pet, but surrendered by her owner. We gave both of them a lifetime home at our sanctuary.

NB: None of our rescued animals in lifetime care are allowed to breed. We do not want to add to the population of animals facing a life in captivity. Plus, sanctuary space is in short supply, so we keep these precious spaces for animals most needing rescue.

Thea’s lifetime care is funded by a generous donor. If you would like to find out more about funding the lifetime care of other animals at our sanctuaries (but not King as he supported by his adopters), please contact Joanne Bartholomew.