The reticulated giraffe, also known as the Somali giraffe, is one of the most endangered sub-species with fewer than 16,000 left in the wild. This is just a fraction of the 36,000-47,750 estimated to have existed in the mid-1980s – the population has declined by more than 50% in the past three decades. Reticulated giraffe are now only found in north and north east Kenya, as well as small populations in southern Somalia and southern Ethiopia. Kenya is home to an estimated 28,850 giraffe including 8,661 reticulated, of which around 1,400 survive in the Meru Conservation Area.

GOAL: To protect reticulated giraffes in the Meru Conservation Area and ensure a viable, free-ranging population

ACTIONS: This Born Free-run initiative tracks and monitors giraffes in the Meru Conservation Area and works with local communities to increase awareness about the sub-species, mitigate any conflict with giraffes, reduce the impact of poaching and halt the degradation of giraffe habitat.

Now, more than ever, giraffes need YOUR help! Donate today.­

HOW CAN WE SAVE GIRAFFES IN THE WILD?

Born Free is working collaboratively with our partners to provide a focused programme, at grassroots level, to ensure the conservation and survival of reticulated giraffes in the Meru Conservation Area, Kenya. By protecting habitat and working to prevent poaching, the Meru Giraffe Programme aims to ensure a viable, free-ranging reticulated giraffe population. Born Free’s ongoing conservation efforts in Meru work to monitor wild animal populations, nurture tolerance towards wildlife within communities, and introduce mitigation measures to reduce conflict between people and wildlife.

Since 2014, Born Free has returned to our roots in the Meru-Kora landscape. Here, where George and Joy Adamson returned Elsa the lioness to the wild, we are working to safeguard wildlife populations. Overrun by poachers in the 1970s and 80s, wildlife was decimated but Born Free is now working with the Kenya Wildlife Service to restore the area to former glory.

Despite increasing numbers of some sub-species in areas of Africa, giraffes remain vulnerable and face serious threats across their range. These include habitat loss through conversion of land for farming and increasing human populations, drought, illegal hunting for meat and hide, and armed conflict throughout unstable regions. In the Meru Conservation Area, the main threats facing reticulated giraffes are habitat loss, conflict with people due to crop raiding, poaching using firearms, snares and spears, increased competition for resources such as water, an unpredictable climate and infrastructural developments.

The Meru Conservation Area is an important stronghold for reticulated giraffes and recent surveys estimate some 10% of the world’s population is found here. However, their future is precarious and it is vital to introduce effective conservation solutions, especially in collaboration with local communities and the Kenya Wildlife Service.

This Born Free-run programme seeks to address the threats reticulated giraffes face by: 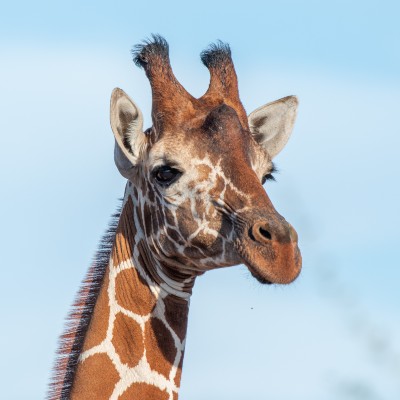 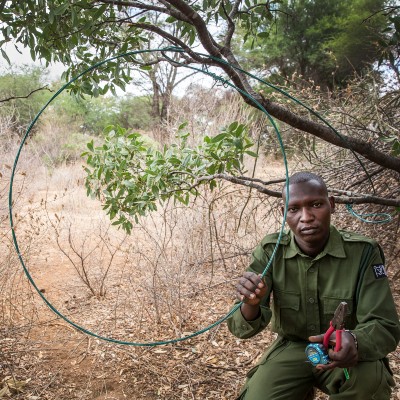 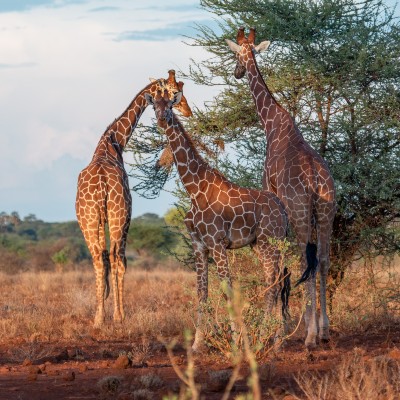