ARE YOU LIVING NEXT DOOR TO A DANGEROUS WILD ANIMAL?

Wild animals have vastly differing physical, psychological, nutritional, social, and environmental requirements which cannot be met in a domestic environment. Captive life is not suitable for these animals. The trade in and keeping of wild animals as ‘pets’ can cause serious animal suffering, while putting the health and safety of people and other animals at risk, and potentially increasing the risk of some populations of wild animals disappearing altogether.

It’s thought there are tens of thousands of exotic pets kept by private individuals in the UK. The range of species kept as pets has greatly increased over the past few decades. In theory, anyone can keep any animal species, although certain restrictions may be imposed by government legislation. For example, the Dangerous Wild Animals Act 1976 requires the licensing of any animal to be listed on its Schedule of dangerous species, such as big cats, bears, venomous snakes, etc.

The Act is mainly concerned with public health and safety, and animal welfare is very much a secondary consideration. In addition, it only covers the species that are assessed to be dangerous to humans and does not include many commonly-kept species such as marmosets, meaning that the ownership of such animals is largely unregulated. 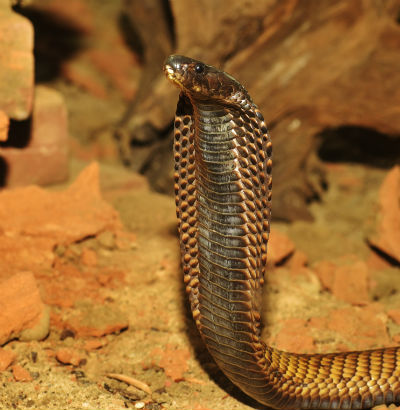 HOW MANY WILD ANIMALS ARE BEING KEPT PRIVATELY IN THE UK?

In 2021, Born Free revealed nearly 4,000 dangerous wild animals were being kept privately, and legally, under licence in Great Britain under the Dangerous Wild Animals Act 1976. This includes at least 320 wild cats, 274 primates and 508 venomous snakes. Overall, there has been a 59% increase in exotic pets held under a dangerous wild animal’s licence from 2000 – 2020. Concerningly figures for wild cats and primates have continued to rise since Born Free’s last survey in 2017.

JOIN BORN FREE IN THE CAMPAIGN FOR CHANGE

Born Free is calling on the UK government to undertake a comprehensive review of exotic pet ownership, including the current dangerous wild animal legislation. Any amendments should ensure far greater restrictions on the trade and keeping of wild animals as pets in the UK, based on thorough and precautionary criteria around whether animals are suitable as pets.

Join us in campaigning for change by writing to your MP. Politely but firmly ask them to support Born Free’s call for a comprehensive review of the Dangerous Wild Animals Act and its Schedule, and point out that decisions on whether or not wild animals can be kept as pets should be based on:

Alternatively, you can use our template letter and send this instead.

Please note: Map is not compatible with all mobile devices. Please use the dropdown boxes to search for your county and local authority.

IS IT LEGAL TO KEEP A DANGEROUS WILD ANIMAL AS A PET IN THE UK?

Sadly yes, there are no restrictions for keeping most species of wild animals as pets in the UK. However, some species that are considered to be potentially dangerous, require a Dangerous Wild Animal licence from the Local Authority.

The species that require a licence are listed in the ‘Schedule’ of the Dangerous Wild Animals Act.

WHAT SPECIES ARE NOT CURRENTLY CLASSED AS DANGEROUS?

Many species, including some that any right-minded person would consider to be dangerous, aren’t listed on the Dangerous Wild Animal Schedule and don’t require a licence. They include Komodo dragons, other large monitors, and large constrictor snakes. They also include numerous species considered dangerous where they are to be held in a zoo, such as some deer species and some large birds of prey.

HOW EASY IS IT TO APPLY FOR A DANGEROUS WILD ANIMAL LICENCE?

It’s far too easy to obtain a licence. The degree to which checks are carried out varies enormously among Local Authorities. In many cases, they are minimal and subjective and may be carried out by people who don’t have detailed knowledge of the needs of, and potential dangers posed by, the species concerned.

WHERE DO THE ANIMALS COME FROM?

While some of the animals are bred in this country, information about wildlife imports from the Animal and Plant Health Agency (APHA) recently revealed that over 48 million individual wild animals were legally imported into the UK from 90 countries between 2014-2018.

WHAT PROBLEMS CAN ARISE FROM KEEPING A DANGEROUS WILD ANIMAL?

The licensing process requires the applicant to demonstrate that their animals are properly contained so as to prevent escape and protect the public. But this does little to protect the owner or anyone else visiting the property, and animal welfare provisions within the Act are rudimentary. Furthermore, there is long-standing concern about widespread non-compliance with the Act, especially with respect to venomous reptiles and invertebrates. The demand for wild animals as ‘pets’ can also put pressure on wild populations of threatened species.

IS IT POSSIBLE TO PROVIDE ADEQUATE CARE FOR EXOTIC PETS WHILE ENSURING THAT PEOPLE LIVING NEARBY ARE KEPT SAFE?

The exotic pet trade involves a huge and varied range of species, with vastly differing physical, psychological, social, and environmental requirements. For many species, we don’t yet fully understand their needs. It’s difficult to see how private individuals can adequately provide care for most of these animals in captive conditions here in the UK. At the very least, species that can be kept should be restricted to those where it can be shown that their welfare needs can be (and are) satisfied, and where there are no adverse consequences for species conservation, public and animal health and safety, or the wider environment.

Some countries, such as Belgium, Luxembourg, and Norway, have introduced ‘positive lists’ of species that can be kept, and this is something the UK authorities might consider.

WHAT’S THE DIFFERENCE BETWEEN KEEPING A WILD ANIMAL & KEEPING A CAT OR DOG?

Domesticated animals such as cats, dogs and horses have been selectively bred over many generations to live alongside humans and are genetically distinct from their wild ancestors. Wild animals have not, and have complex behavioural, environmental, social, nutritional, and other welfare needs. As a result, these animals can suffer from poor health and welfare when kept in captivity, and the fact that they retain many of their natural, wild behaviours while being kept in stressful, unnatural, confined environments, can make them potentially more dangerous.

HOW MANY PEOPLE HAVE BEEN KILLED OR INJURED BY EXOTIC PETS IN THE UK?

We don’t have exact figures, but a number of incidents have been reported involving species which currently require a Dangerous Wild Animals licence and some that don’t but clearly should. In 2020, a hybrid Savannah cat escaped in Hampstead, London, while a seven-foot-long Boa constrictor appeared in someone’s back garden and then turned on its rescuer, biting his hand and wrapping itself around his wrist on the Isle of Sheppey.

There have been other troubling stories where a woman was bitten in the eye by a python at a Mayfair club and was almost blinded, while a man in Hampshire was killed by his 8ft African rock python. In addition, in 2011, a man died after being bitten by his king cobra. Records held by the RSPCA report that their specially trained exotic animal officers rescued over 4,000 exotic animals in 2018 alone.

Due to the nature of the animals, owners may fail to report escapes or attacks for fear of the animal being removed or their licence revoked. It’s important to remember that these incidents are not the fault of the animals, they aren’t meant to be captive; it’s not natural for them.

SOME PEOPLE REALLY CARE FOR THEIR EXOTIC PETS, WHAT WILL HAPPEN TO THEM?

We are advocating for an end to the private keeping of dangerous wild animals as pets, and regulation of the keeping of all species of wild animals to ensure their welfare needs can be provided for. Clearly, this may mean that some animals currently in private hands that would be affected by any restrictions, and that cannot be relocated to suitable sanctuaries, would need to remain with their current owners. However, this should only be allowed on the condition that they wouldn’t be bred from, that regular inspections take place to make sure they are not suffering unduly, and that, after they die, they would not be replaced.

ISN’T CAPTIVE BREEDING THE ONLY WAY TO CONSERVE WILD ANIMALS & ENSURE THE SURVIVAL OF SOME SPECIES?

Keeping and breeding animals in captivity fails to address the threats species face in the wild. The prospects of reintroducing captive-born individuals into the wild are incredibly low. In some situations, taking animals from the wild to be traded as pets is putting wild populations under increased pressure. Proactively managing and protecting species in their natural habitats is the only way to ensure long-term protection for endangered animals.

WHAT DOES BORN FREE WANT TO CHANGE?

As a minimum, we are calling for a comprehensive review of the regulation of the private keeping of wild animals in the UK. New regulations should include full consideration of:

WHAT CAN I DO IF I DISAGREE WITH EXOTIC PETS BEING KEPT IN PRIVATE HOMES?

You can join us in our campaign for change by writing to your MP, we have also created a letter template that you can use.

I’M CONCERNED THAT A DANGEROUS ANIMAL IS LIVING NEAR ME, WHAT CAN I DO?

If you are concerned about dangerous wild animals being kept in your local area, you should write to your district or county councillors detailing your concerns. You should ask the following:

You can also use our interactive map to see if dangerous animals are being kept in your area.

HOW CAN I FIND OUT MORE ABOUT THIS ISSUE?

Learn more about the ways that you can take action on the issue of dangerous wild animal ownership in the UK.