The vervet monkey is a medium-sized, semi-terrestrial monkey. Equally comfortable on the ground as they are in trees, vervets are active in the daytime and sleep in trees at night.

Vervets are thought to possess the rudiments of language, that is, vocal communication through an intricate system of alarm calls that vary greatly depending on the different types of threats to the community. For example, there are distinct predator-specific calls to warn of invading leopards, snakes and eagles. These unique calls help vervets determine not only where the danger is, but also how to best escape. For example, if a leopard alarm call is raised, vervets may run into trees to escape this terrestrial predator. If an eagle alarm call is raised, vervets may instead look up or run under a bush to avoid an aerial attack.

Vervets spend several hours a day grooming, removing parasites, dirt or other material from each other's fur. Dominant individuals get the most grooming. The hierarchical system also controls feeding, mating, fighting, friendships and even survival. Young vervets chase one another, wrestle, tumble and play King of the Castle, taking turns pushing each other off a high perch.

Vervet society is built on complex but stable social groups known as troops, consisting of 10-50 individuals, with largely adult females and their immature offspring. Females remain in their natal groups throughout their entire life, but males will transfer troops at least once following puberty. Changing troops can be dangerous; the young males may encounter predators without the protection of their troop, and new troops may not accept them. There is a strict social hierarchy among troop members; a mother’s social standing predetermines her offspring’s, and even adults in a family must submit to juveniles of families with higher social status.

Vervets are seasonal breeders, giving birth during times of food abundance after the rainy season. Gestation is five and a half months, with a single offspring produced. Vervet mothers are extremely protective of their babies, although some will still leave their infants in the charge of an interested female.

Despite being categorised of Least Concern by the International Union for Conservation of Nature, from a conservation perspective, vervet populations are declining due to a number of threats.

Vervets frequently come into conflict with humans. They are considered vermin due to their affinity for crop raiding and are therefore often shot, poisoned, or trapped. Additionally, vervets are killed for bushmeat in some areas, and their orphaned infants captured for the illegal exotic pet trade.

We are working in Malawi and Zambia to help rescue vervets from captive exploitation and return them to the wild. 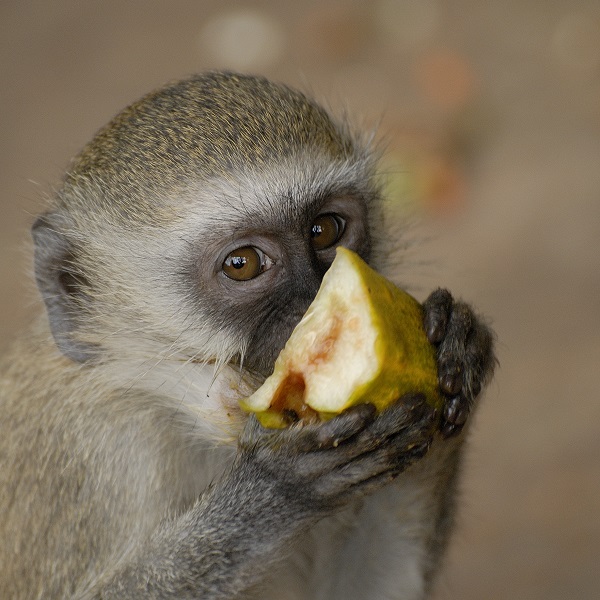 We rescue, care and release primates, through the Zambia Primate Project in Zambia – one of Africa’s most successful primate release programmes for injured, orphaned and illegally held vervet monkeys. 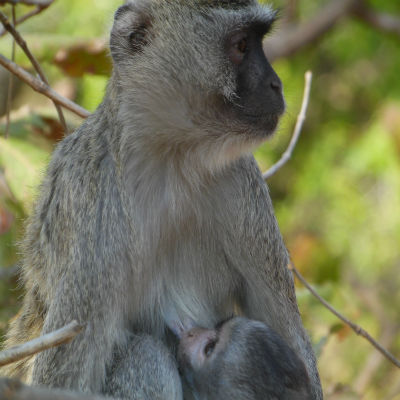 We campaign against the illegal trade in bushmeat from primates and other threatened species, the live trade in infant primates, and the keeping and exploitation of primates in captivity around the world.