Rhino populations across Africa and Asia have plummeted in recent decades. The main cause of this precipitous decline is poaching for the illegal wildlife trade, driven by a demand for rhino horn. Rhino horn is principally used in traditional medicines and tonics in parts of Asia and as a high-end gift and investment. If demand for rhino horn continues, more rhino populations and species will disappear altogether in the coming years.

Born Free works hard to protect rhinos on the ground, improve law enforcement in source, transit and destination countries, reduce demand through consumer education, and persuade governments to take action to enforce trade bans. Ultimately, rhinos will only have a long term future if we can end the demand for rhino horn. Ending the commercial trade in all items made from or containing rhino horn, from any source and forever, is one step towards achieving that objective.

HOW CAN WE SAVE RHINOS IN THE WILD?

Born Free funds the vital work of the Kenya Wildlife Service in their protection of black rhino and white rhino in Meru National Park, Kenya.

ACTIONS: With funding and equipment from Born Free, Kenya Wildlife Service rangers carry out daily monitoring and patrols of the black and white rhino population in the Rhino Sanctuary, Meru National Park, Kenya.

Due to its biological diversity and cultural history, the MCA is a critical landscape in Kenya. However, poachers decimated wildlife, particularly rhinos, elephants and lions, in the late 1970s and 1980s. In the 2000s, Kenya Wildlife Service (KWS) made concerted efforts to restock the park and re-establish wildlife populations. This included the creation of a Rhino Sanctuary in Meru National Park, a safe haven for rhinos in this wild and diverse landscape. Born Free has been working to protect wildlife in Meru since 2014.

Kenya as a whole now has around 650 black and 400 white rhinos, the world’s largest population after Namibia and South Africa and, with numbers increasing, Meru is an important stronghold. However, the booming illegal wildlife trade means that the rhinos in Meru are still highly threatened by poaching. The KWS rangers patrol the Rhino Sanctuary daily, risking their lives to protect rhinos and other wildlife species from poachers. Due to their immense efforts, no rhinos have been poached in Meru National Park for the last two years. Under the careful watch of the rangers, the rhinos are thriving and since January 2020, Meru has recorded 10 new rhino births.

It is vital that the rangers are supported in their daily activities to keep rhinos safe. Born Free provides financial support and equipment, such as solar panels and boots, to ensure that the rangers can work in the most efficient way and effective way. 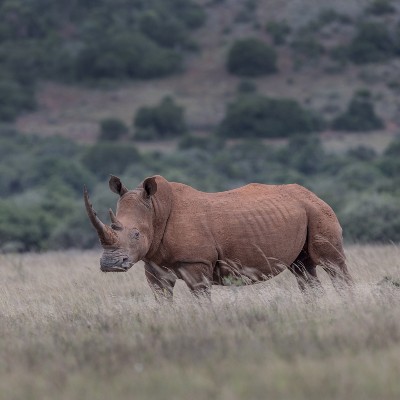 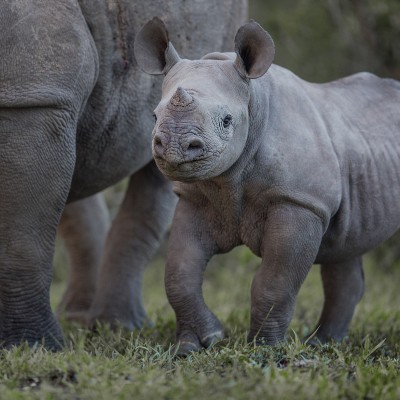 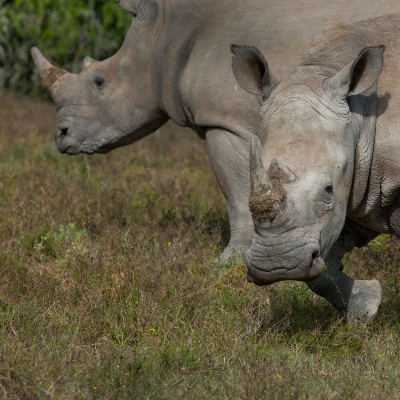