Fantastic news from South Africa – two more of our rescued lions have been successfully introduced at our big cat sanctuary at Shamwari Private Game Reserve. 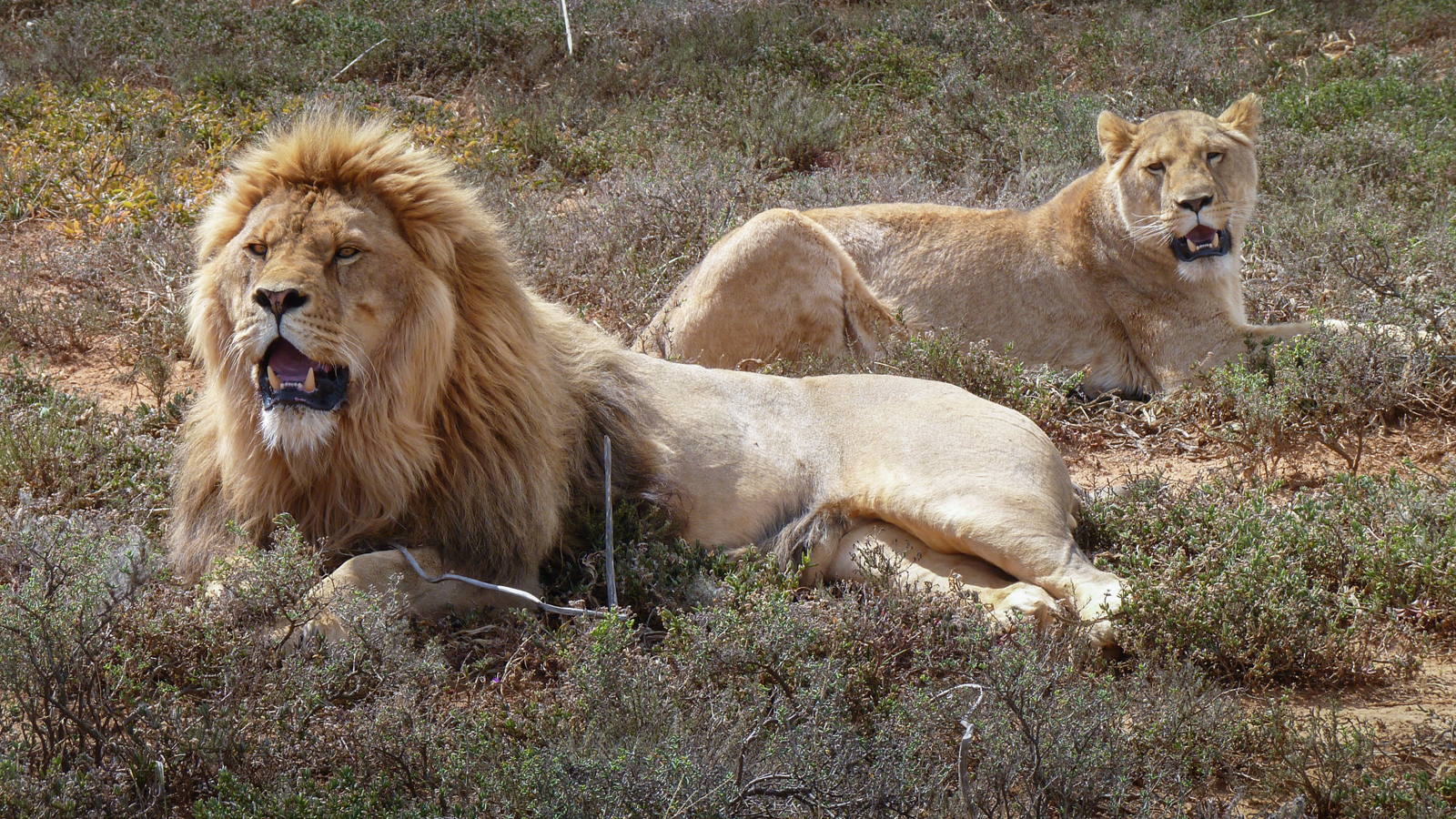 Ciam was kept illegally as a pet and caged in a garden in southern France. Fortunately, he was rescued by our colleagues at Natuurhulpcentrum rescue centre, in Belgium, before journeying to our big cat sanctuary in 2017. Ciam flourished in his spacious natural habitat enclosure but, lions are a social species and we hoped the lonely six-year-old would respond well to a companion.

Cersei was also a victim of the illegal pet trade in France and arrived at Shamwari last year, one of four rescued youngsters known as the Lions of Lyon.

“In July, we subdivided Ciam’s enclosure with a temporary fence and moved Cersei across,” explained Catherine Gillson, Born Free Manager at Shamwari. “This gave them a chance to know each other and, only days after their introduction, they were nuzzling through the fence and relaxing together.”

By September, we made the decision to open the dividing gate. Ciam walked through and Cersei jumped playfully onto his back, they smelled each other and then ran deeper into the enclosure together. “Ciam has never had company before,” said Catherine. “But, despite his giant demeanour and size, he has only ever been gentle with little Cersei. How wonderful he now has a friend!” 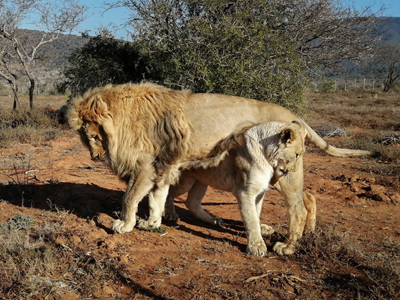 NB: None of our rescued animals in lifetime care are allowed to breed. We do not want to add to the population of animals facing a life in captivity. Plus, sanctuary space is in short supply, so we keep these precious spaces for animals most needing rescue.