Two giraffe subspecies have been listed as Critically Endangered by the International Union for Conservation of Nature (IUCN) Red List of Threatened Species for the first time.

Giraffe numbers plummeted by a staggering 40% in the last three decades, and less than 100,000 remain today. Habitat loss through expanding agriculture, human-wildlife conflict, civil unrest, and poaching for their meat, pelts, and tails, are among the reasons for the decline.

Three of the currently recognised nine subspecies were listed as Critically Endangered or Endangered on the latest IUCN Red List. Those subspecies in East, Central, and West Africa are faring particularly poorly: the Kordofan and Nubian giraffes, with respectively 2,000 and 2,645 individuals remaining, are now just one stage from Extinct in the Wild.

The Reticulated, Thornicroft’s and West African giraffes are also listed as Endangered or Vulnerable. Many people, including conservationists, remain unaware that the world’s tallest animal is experiencing a silent slide towards extinction.

Although these new listings sound the alarm, there is reason for hope. In the past few decades, the Giraffe Conservation Foundation pulled the West African giraffe back from the brink of extinction. 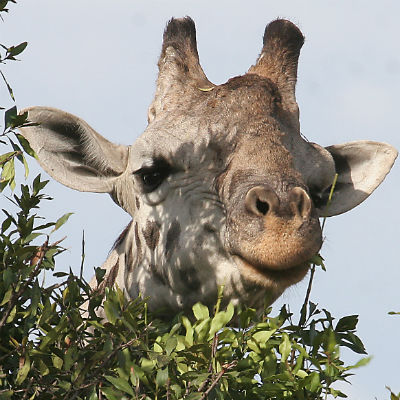 The updated IUCN Red List shows several other species who have also been pulled back from the brink. Among them are East Africa’s mountain gorillas.