EXOTIC PETS ON THE RISE IN BRITAIN

Are You Living Next Door To Some Of The World’s Deadliest Creatures? 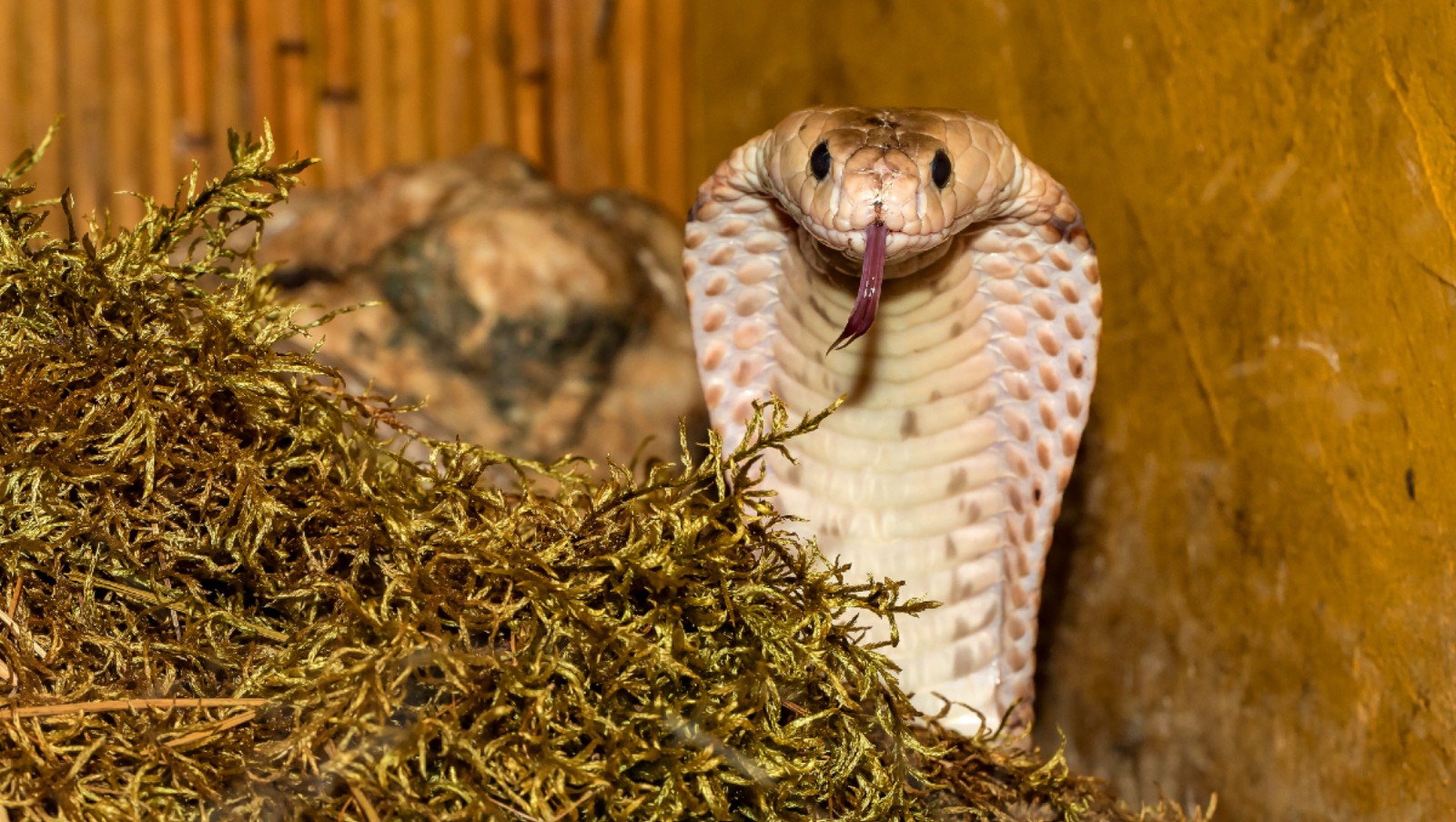 A new survey conducted by Born Free has revealed that nearly 4,000 dangerous wild animals are being privately kept in Great Britain, under licence. We are calling on the UK government to immediately review the law and put a stop to some of the world’s most remarkable, but often deadly, creatures being kept as pets in unsuitable captive conditions.

Our research reviewed the number of Dangerous Wild Animal (DWA) Act licences granted by local authorities across England, Scotland and Wales, and the variety of species being privately kept. In total, we received responses from 364 of the 371 local authorities contacted. The data highlighted that in 2020, a total of 210 DWA licences were granted for the keeping of  3,951 individual wild animals including:

Other species on the DWA list that are being kept as pets or in private collections in the UK include zebras, camels, fossa (a kind of civet), hyena, sun bears, wolves, and otters.

Dr Mark Jones, Veterinarian and Born Free’s Head of Policy, said: “Born Free has been collating and analysing DWA data for over 20 years. Since the millennium, we have seen a dramatic increase in the number of exotic pets in private ownership, including a 94% increase in the number of venomous snakes, 57% increase in wild cats, 198% increase in crocodilians and over a 2,000% increase in scorpions. However, these figures are likely to represent only the tip of the iceberg. They only record those animals being kept and registered with a DWA licence. Born Free believes that many additional dangerous wild animals are being kept without a licence.”

Currently, under the Dangerous Wild Animals Act 1976, anyone in Britain can keep a dangerous wild animal as long as they obtain a licence from their local authority. The licensing process requires the applicant to demonstrate that their animals are properly contained to prevent escape and protect the public, but this does little to ensure the welfare of the animals or the protection of the owner or anyone else visiting the property.

While changes have been made to the schedule, we are highlighting the fact that the Act itself has not been reviewed substantially for more than 40 years. This means, for example, that species such as Komodo dragons, other large monitors, and large constrictor snakes, are not included on the schedule, even though they could pose a serious risk to their owners, and to members of the public, should they escape. Furthermore, there is long-standing concern about widespread non-compliance with the Act, especially with respect to venomous reptiles and invertebrates.

Dr Jones added: “It is unbelievable that, in this day and age, so many dangerous animals, including big cats, large primates, crocodiles and venomous snakes, are in private ownership in the UK. Increasing demand for all kinds of wild animals as exotic pets puts owners and the wider public at risk of injury or disease. It also results in serious animal suffering, and the demand increases the pressure on many wild populations which are often already under threat.”

Just last year, a hybrid savannah cat escaped in Hampstead, London, while a seven-foot-long boa constrictor appeared in someone’s back garden and then turned on its rescuer, biting his hand and wrapping itself around his wrist on the Isle of Sheppey. There have been other horror stories where a woman was bitten in the eye by a python at a Mayfair club and almost blinded, while a man in Hampshire was killed by his eight foot African rock python. These are just a handful of cases that have been reported. In fact, records held by the RSPCA show that their specially-trained exotics officers rescued over 4,000 exotic animals in 2018 alone. Due to the nature of the animals, most owners fail to report escapes or attacks for fear of the animal being removed or their licence revoked.

Jones added: “The UK likes to claim to be at the forefront of efforts to protect nature and improve the welfare of animals, yet our legislation governing the keeping of and trade in exotic pets is woefully outdated. While the government’s recent proposal to ban the keeping of and trade in primates as pets is a welcome first step, there are many other species that need to be protected from this form of exploitation. The Dangerous Wild Animals Act should be overhauled as a matter of urgency, to phase out the private keeping of, and trade in, those species that clearly don’t belong in people’s homes.”

As part of its campaign on this issue Born Free, in collaboration with the RSPCA, has launched a petition calling on the Government to review and reform laws on the private keeping of Dangerous Wild Animals.