It’s a challenging time for wild animals all over the world. In the same week Botswana moved to lift their ban on hunting elephants and the last male Sumatran rhino died – the World Health Organisation (WHO) recognised traditional Chinese medicine (TCM) in the revision of its International Classification of Diseases list for the first time.

It’s difficult not to regard these events as significant backwards steps for the global wildlife conservation community.  WHO’s decision is likely to strengthen the belief among millions of TCM users that traditional products, including those derived from threatened species, can have beneficial, even medicinal properties – a claim that defies scientific scrutiny.

The report recognises traditional treatments for a staggering 400 conditions, but fails to explicitly condemn the use of parts or products derived from wild animals.

Demand for animal parts for use in traditional medicines and tonics threaten many endangered species, including rhinos, pangolins and tigers. 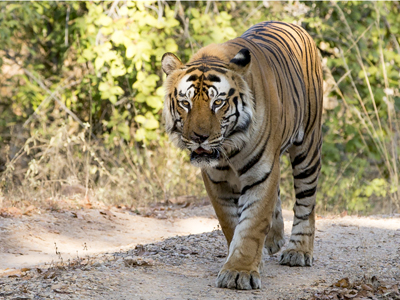 Tiger parts and derivatives are often used in such ‘medicines’; their bones in particular are popular and are ground into a powder for broth that is believed to treat
a number of ailments including pain, joint problems and even muscle spasms.

While WHO doesn’t specifically condone the use of products derived from threatened wild animals, the concern for tigers, and of course other species, is that the report’s influential nature will encourage the continued consumption of their parts. This competes with and impedes conservation and welfare efforts alike, and may ultimately contribute to the extinction of a number of charismatic species. There are only 4,000 tigers left in Asia. We have no time to hesitate on this matter.

We are officially in the midst of an extinction crisis. Globally, at least a million species are threatened by climate change, pollution, habitat degradation, and biodiversity loss, among other threats. Tigers, elephants and rhinos are the traditional embodiment of wildlife conservation and yet their plight still not heeded.
Where does it leave those species who are even less celebrated? As if we needed any more motivation to ensure we raise our voices against cruel, needless and exploitative consumption that benefits neither people nor wildlife.