WILD CATS ARE NOT PURRFECT PETS

A breeder in Scotland selling dangerous wild cats as pets, including servals and caracals, recently caught the attention of the media.

At least 250 of these are wild cats including serval, caracal, lynx, fishing cats, ocelot and leopard cats, all of which require a Dangerous Wild Animals licence to be kept privately.

Born Free is convinced that wild animals, such as exotic or wild cats, can pose significant safety risks when kept as pets or used for interaction activities; and that a domestic environment is completely unsuitable to meet the needs of these animals.

We petitioned the government to review the Dangerous Wild Animals Act, calling for further restrictions on the private ownership of dangerous wild animals. This petition received more than 13,000 signatures, prompting an official response from the government. 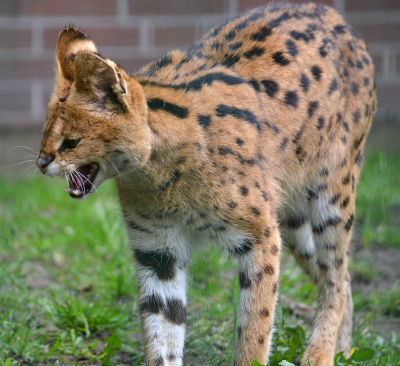 The government’s response was unsatisfactory, and we plan to reply to Defra (Department of the Environment, Fisheries and Rural Affairs to outline our concerns in more detail.

“We are greatly concerned that the current legislation protects neither wild animals or people sufficiently,” says Dr Chris Draper, Born Free's Head of Animal Welfare & Captivity. “While the government responded quickly to our petition, the matter cannot be easily dismissed and they have a duty to investigate further.”