The keeping of wild animals as pets is a growing concern. The widespread use of the internet has made it easier than ever to order or purchase a wild animal without clarification about where it has come from or how it should be cared for.

Wild animals are particularly vulnerable to welfare problems because of their complex social, physical and behavioural needs. They require specific housing conditions and dietary requirements, and the safety risk these animals pose to their owners and the wider public should not be ignored.

Born Free and Blue Cross’s One Click Away report, published in 2015, revealed 57% of licensed high street pet shops in Great Britain sold one or more species of wild animal. For example, primates, meerkats, venomous snakes and birds of prey were all available to buy.

Now, latest research by Born Free reveals that nearly 5,000 dangerous wild animals are being kept privately, and legally, under licence in Great Britain under the Dangerous Wild Animals Act 1976; including at least 240 primates, 650 venomous snakes, and 250 dangerous wild cats. The Dangerous Wild Animals Act requires inspection and licensing for species considered to pose a risk to humans yet, as it is public health and safety legislation, it barely covers animal welfare. 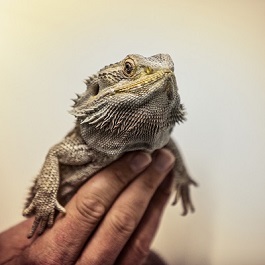 Help Born Free in its campaign for national and international legislation to end the keeping of wild or exotic animals as pets by making a donation. 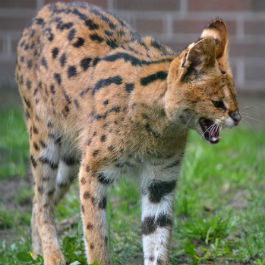 Born Free opposes the keeping of wild or exotic animals as pets. If you agree, please share our campaign with your friends and family.