Mowgli Lives At Our Big Cat Sanctuary At Shamwari Private Game Reserve, South Africa. Make A Donation To His Lifetime Care And Receive A Free Toy. 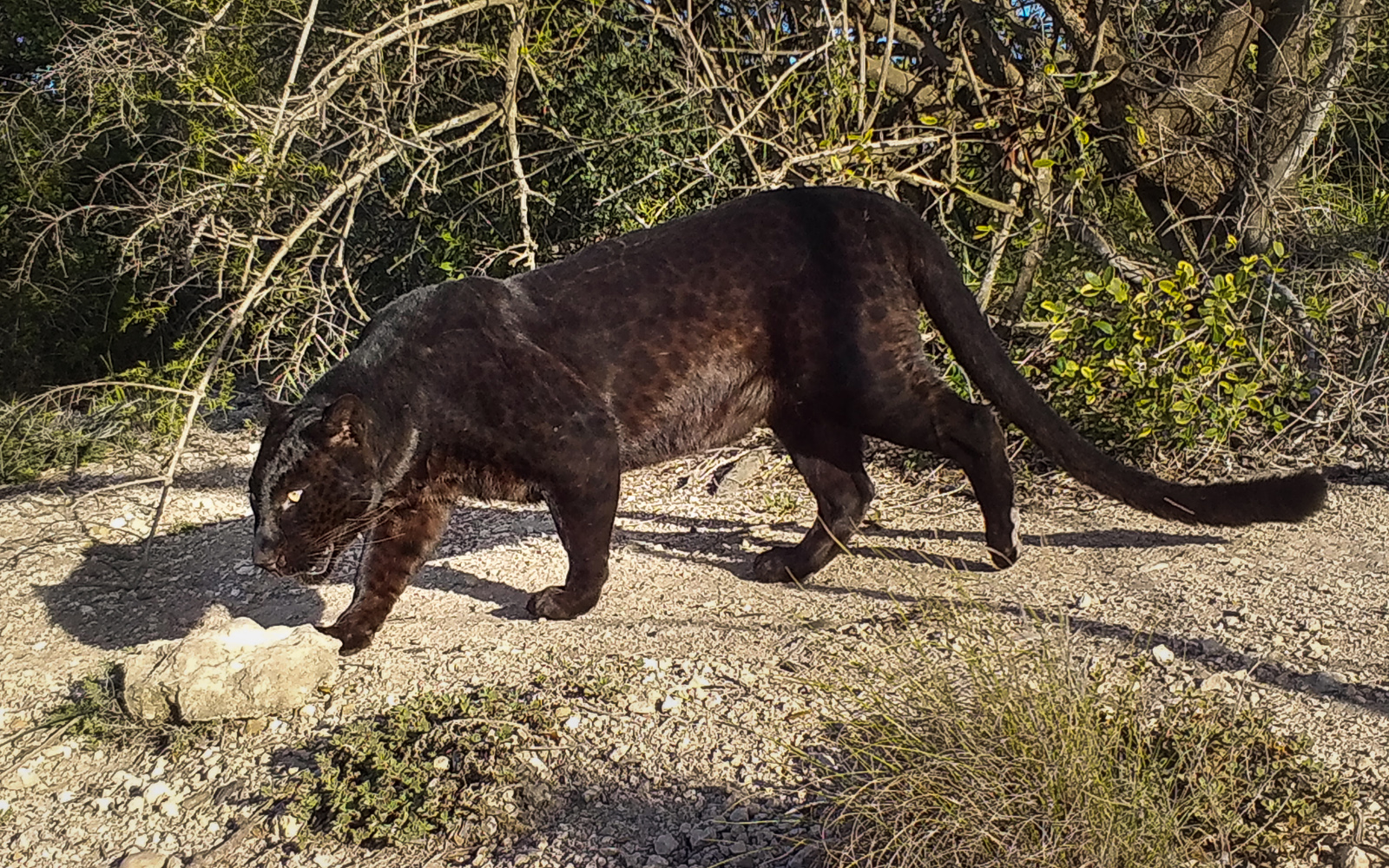 Mowgli is the youngest leopard at the sanctuary at two years old, and is a rare melanistic leopard, also known as a black panther, with ebony rosettes on dark fur.

He was rescued from a failed zoo in South Africa and arrived at Shamwari, with another leopard called Zeiss, in March 2020.

In a dramatic emergency operation, vet Dr Johan Joubert and Animal Care Manager Glen Vena made an 855-mile dash to collect Mowgli and Zeiss from Bloemfontein Zoo. The animals had been left to starve after the zoo had been closed but, after a colossal group effort from a number of organisations and working with our friends at Panthera Africa Big Cat Sanctuary and Bloemfontein SPCA, all of the animals – from jackals to jaguars – were rehomed.

Maggie Balaskas, Born Free’s Animal Rescue and Care Manager says: “When Mowgli first arrived at Shamwari he was quite nervous. He is gradually acclimatising, but remains timid.”

Leopards are naturally solitary animals and Mowgli has his own spacious, natural bush enclosure to explore. He can climb trees, view his surroundings from his wooden platform, bask in the sun or hide away in the dense undergrowth.

Sadly, Mowgli will never be able to return to the wild, but he will always have a lifetime home at Shamwari and receive expert care.

We have a free cuddly ‘Mowgli’ toy to give away to supporters who would like to contribute to his lifetime care. Donations of £20 or more will receive a free toy, whilst stocks last.

And don’t forget, if you are looking for Christmas presents, The Leopard Family adoption pack makes a great gift for animal lovers! 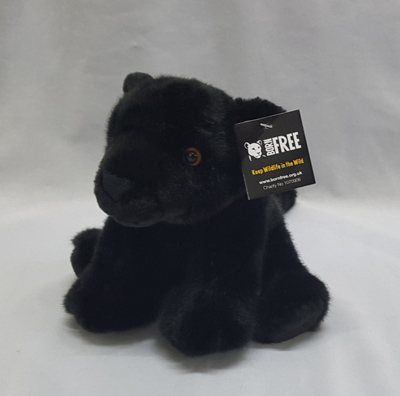