The distinctive black and white orca, or killer whale, is the largest member of the dolphin family. An adult male can grow to nine metres long and weigh a colossal 10 tonnes – the equivalent of ten cars or 135 people.

Streamlined and powerful, the orca is perfectly adapted for marine life and one of the ocean’s fastest mammals – reaching 56 km/hour.

Orca live up to 80 years or more, are highly intelligent and lead complex social lives. Permanent mother-led groups form extended families called pods, which hunt, rest, play and travel together. Though mothers are the primary care-givers, everyone plays a part in caring for the young.

Sound travels well in water and orcas communicate with calls, clicks and whistles with each pod having its own distinct dialect. They use echolocation to navigate and find food.

Mating takes place between individuals from different pods and lengthy courtship is thought to occur. Following a 17-month gestation, a female produces just one calf every four to five years. The calf suckles most of its first year and remains with its family for life.

Orca are under threat, both in the wild, from fishing nets and pollution, and in captivity from exploitation by the entertainment industry.

Born Free firmly believes that concerted efforts are needed to protect the survival of orcas in the wild. 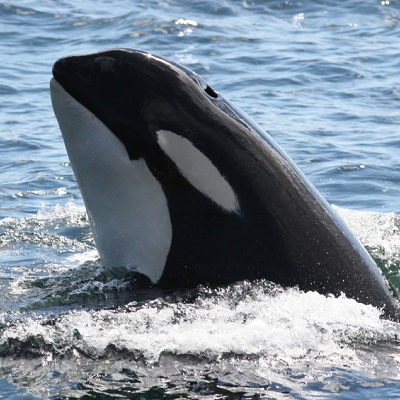 We support OrcaLab, the world’s longest field study of wild orca. OrcaLab has monitored the wild orca off British Colombia for more than 30 years, and works to better understand the behaviour of this population and safeguard their future. 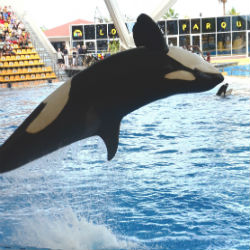 We campaign against the exploitation and confinement of orcas, and other cetaceans, in captivity. We work to expose and investigate inadequate captive facilities, leading to tighter regulations and improved animal welfare.