From 1996, there were only two recognised species of orangutan – the Sumatran and Bornean. However, in 2017 a third species was identified in the Batang Toru region of Sumatra, Indonesia: the Tapanuli orangutan.

Distinctive due to their reddish hair and long arms (up to two metres span), the name orangutan directly translates from Malay to ‘person of the forest’. As the largest tree-living mammal, orangutans spend over 90% of their lives high up in the forest canopy – 15-100 feet above the ground – sleeping in nests built from folded branches and leaves.

Orangutans use tools, for example they use sticks to help them catch termites and collect honey and have also been observed holding large leaves over their heads to shelter during rainstorms.

Orangutans have a semi-solitary social system, thought to have evolved in response to the seasonal distribution of fruit and the absence of natural predators in the forest canopy. Females and their offspring have the closest bonds, although young females, particularly those that are related, may also socialise together. Adult males are the most solitary, and only socialise with sexually receptive females for brief courtships.

Females usually give birth to their first offspring at 15-16 years old – with the interval between births, on average, eight years – which makes them extremely slow at reproducing. Following a gestation of about nine months, infants are dependent on their mothers for the first two to five years of their lives.

Wild orangutan populations are under threat from extensive habitat loss and land use change due to logging, palm oil production, mining and agricultural expansion. Deforestation is by far the most serious threat to orangutans and, over the last three decades, an estimated 80% of irreplaceable orangutan habitat has been lost.

Other threats to orangutans include illegal hunting for meat and capture for the exotic pet trade.

We work to protect the natural habitat of orangutan in the wild and actively campaign against their exploitation in captivity and for entertainment. 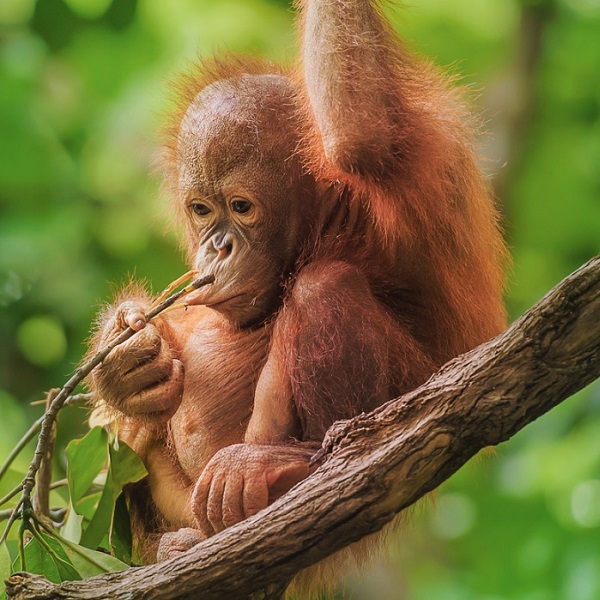 We campaign against the illegal trade in bushmeat, from apes and other threatened species, and oppose the live trade in apes – exacerbated by logging and other commercial ventures that increase access to forest. 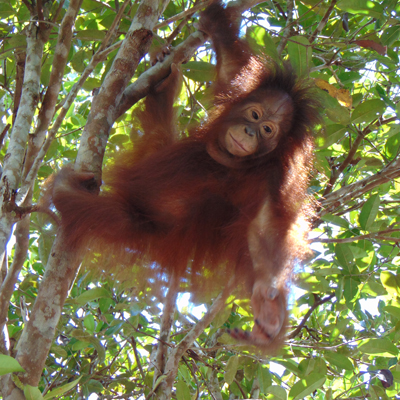