All elephants have a number of distinctive physical characteristics, the first being their versatile trunk, adapted to picking up food, greeting other elephants, drawing water, breathing and producing sound. The ears of the Asian elephant are smaller and more rounded than the African elephant, and, whereas both male and female African elephants can have tusks, only some male Asian elephants have large tusks. Females and some males instead have tushes, short tusks that rarely protrude beyond the lower lip.

Many forests in Asia depend on elephants for seed dispersal and creating open spaces through which seedlings can grow. These are forests which sequester carbon and release water and oxygen, thereby playing a key role in global climate control.

Elephants live in herds that are presided over by a dominant female. The matriarch, using information passed on by her mother, guides and protects the family, which consists of her sisters, daughters, female cousins and calves. The matriarch’s knowledge of the home range and traditional water sources is vital to the herd’s survival.

Elephants have a 60-70 year life span and reach maturity at 10-15 years old. Pregnancy lasts 22 months and at birth the mother is often helped by other experienced females in the group. The newborn calf relies on its mother’s milk for up to four years and is watched over by the entire herd.

Populations have declined by at least 50% in the last three generations and Asian elephants face a very high risk of extinction in the wild in the near future.

The greatest threat to Asian elephants is dramatic habitat loss due to encroachment from expanding infrastructure – agriculture, settlements, roads and railways – and the resultant conflict with humans. Conflict between humans and elephants occurs when elephants eat or trample cultivated crops, destroy buildings and injure or kill people.

Poaching is not as widespread as it is in Africa, but Asian elephants are still killed for ivory, meat and leather.

In addition, they’re taken for the live trade where large numbers of Asian elephants suffer in captivity in zoos, private collections and temples, and when forced to work to entertain tourists or in the timber industry.

We oppose wild-caught elephants being kept in captivity for entertainment and campaign to educate the public about the dangers associated to elephant riding. 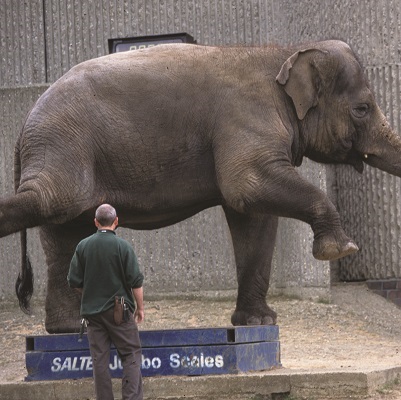 We campaign to end the use of wild elephants in circuses and private ownership around the world. 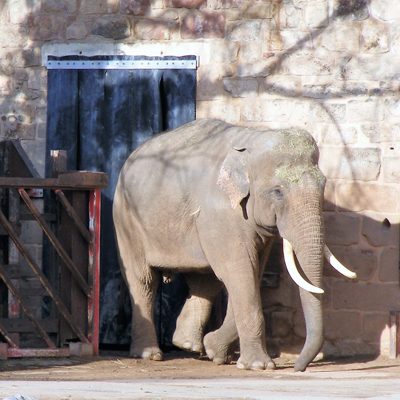 We are convinced that captivity cannot provide for the needs of elephants and are calling for the keeping of elephants in UK zoos to be phased out over time.