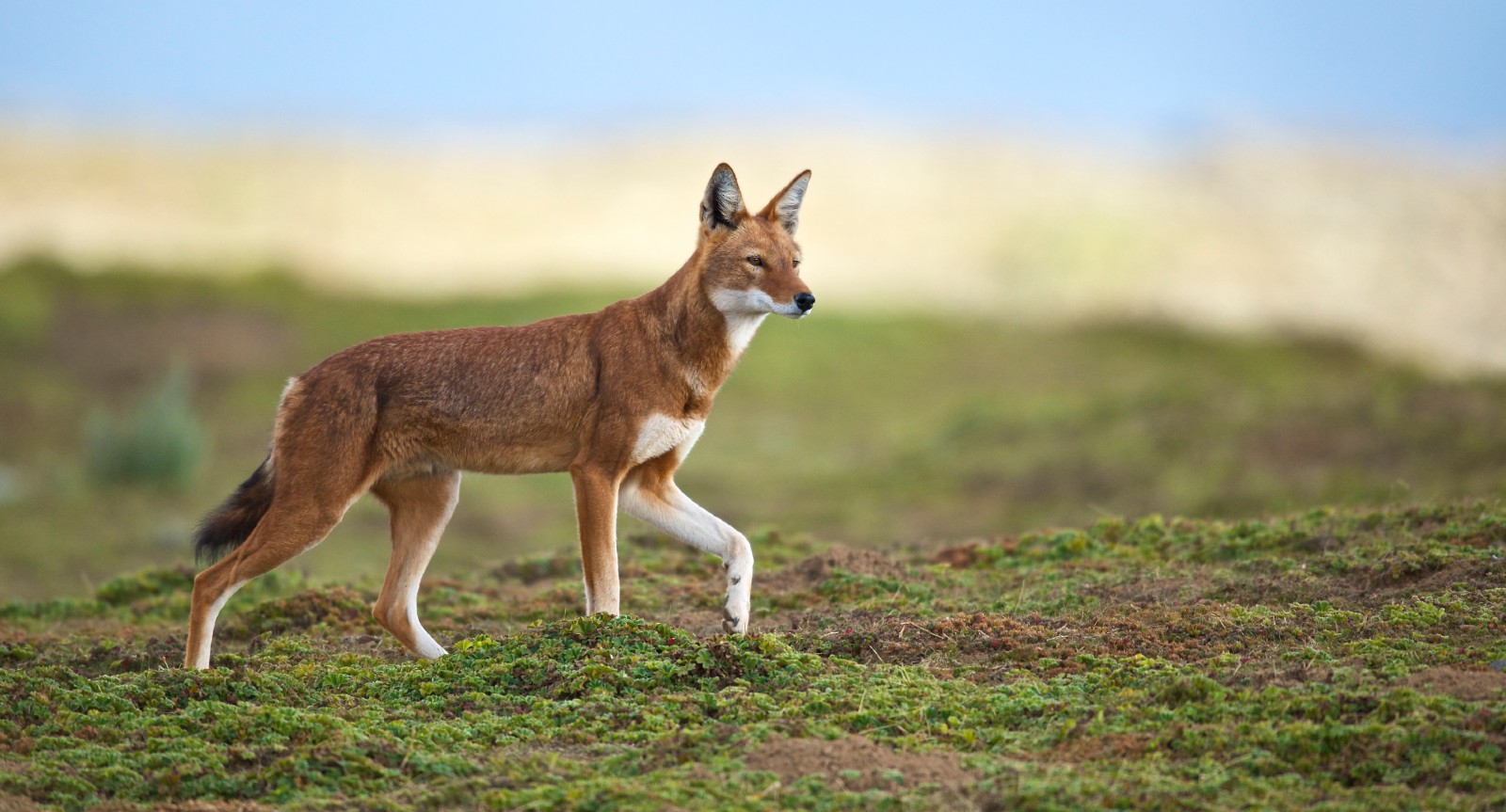 The Born Free-supported Ethiopian Wolf Conservation Programme (EWCP) is celebrating a baby boom, with reports of 48 puppies being born and new packs established across their Bale Mountains territory.

Fewer than 500 Ethiopian wolves remain, so every new birth recorded and every new pack brings renewed hope for the species.

Monitors in the Simien Mountains confirmed four packs breeding this year, and a total of 10 pups have been born – a five-fold increase on the two pups recorded last year! The new arrivals will add to the 20 wolves known to live in this area.

In Delanta in Ethiopia’s northern highlands, a brand new wolf family has been discovered recolonising the hills. In November 2019, after an absence of almost three years, EWCP were delighted to hear reports of an adult wolf in the area, and in January this year our team discovered a healthy wolf pair with a litter of six puppies! The family, named Addis Tesfa, or New Hope in Amharic, are significant because they are bringing new life to an area where wolves had previously become extinct due to habitat loss. Today, over 80% of all Afroalpine habitats are under some form of protection, encroachment into wolf territory is gradually reducing and there is hope that packs may return.

The Tarura pack, from the green plains of the Web Valley, are very special to the EWCP team who have closely monitored them for many years. In late 2010, there were just three packs in the Web Valley, including Tarura, led by a young female. The family established its territory at the western edge of the valley, close by to the EWCP camp, and quickly became a symbol for Ethiopian wolf conservation around the world. Today, with 10 members, Tarura is the largest pack in the Web Valley, and a young female was recently observed looking for a new territory of her own, to continue a wolf lineage started so many years ago.

Established by Born Free and in partnership with WildCRU at the University of Oxford, EWCP monitors wolf populations, provides disease prevention and control through vaccination programmes, and provides specialist veterinary treatment and rehabilitation for individual animals. As the world’s rarest canid and Africa’s most threatened carnivore, our work to protect Ethiopian wolves is key to the survival of the species.