The Lions of Lyon – four lion cubs rescued from horrendous captive conditions  in France – have been released at Born Free’s big cat sanctuary and are now starting their new lives in their ancestral home of Africa.

Horus, Dadou, Thea and Cersei, believed to have been taken from their mothers before they were weaned, were each found in in different locations across France. They were kept in captive conditions no animal should ever be subjected to – an apartment, a garage, even a Lamborghini on the Champs-Elysées. No doubt part of Europe's trade in wild animals (from circuses, zoos and private keeping), they were sold illegally to be pets before being rescued by French wildlife charity, Fondation 30 Million d’Amis.

The cubs started their journey from Tonga Terre d'Accueil wildlife rescue centre near Lyon, on Thursday 10th October. They travelled under the care of Born Free’s Rescue & Care team to London Heathrow airport for a flight to South Africa. After a short internal flight, Horus, Dadou, Thea and Cersei touched down in Port Elizabeth, South Africa, before travelling the short distance by road to Shamwari and being introduced to their new forever home. 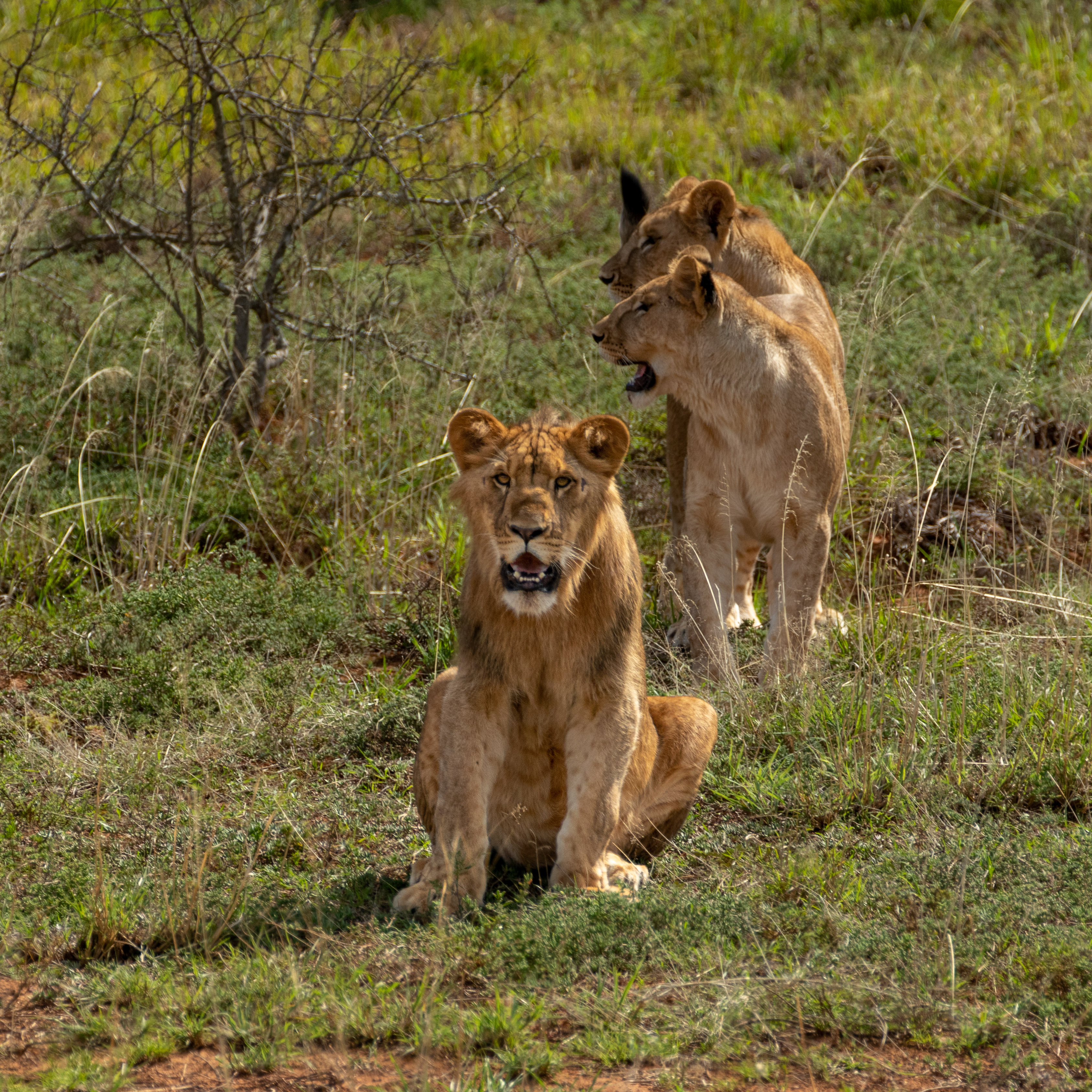 Dr Chris Draper, Head of Animal Welfare & Captivity at Born Free, who lead the cubs’ relocation, said: “It all went amazingly well. The cubs are relaxed and inquisitive. It was an absolute joy to see them enjoying natural vegetation under their feet for the very first time - the sounds of other lions, the sounds of African wildlife. It was a long journey, and not an easy journey for the lions, but it’s worth it in the end.”

Shamwari has been home to Born Free’s two big cat sanctuaries for more than 20 years. On the relocation, the reserve’s Group General Manager, Joe Cloete, said: “Shamwari is delighted to have been part of the rescue of the four cubs and we are really pleased that they are settling in well to their new home with us. The care provided by the team at Born Free along with the expert veterinary services provided by our Dr Johan Joubert, will ensure that they enjoy the best possible life at the sanctuary.”

Born Free’s Corporate Partner, IAG - the cargo division of British Airways, generously flew the four cubs back to their homeland and it was certainly no mean feat. Lynne Embleton, CEO of IAG Cargo, said: “We are delighted to have partnered with Born Free to help with the relocation of the Lions of Lyon. When we heard about these four cubs and the terrible start they have all had to their lives we knew that we wanted to be part of the team working to give them a better life. We have worked with our networks and provided flights for all four of the cubs to be relocated to their new home in South Africa. It was a real privilege for us to be able to help Born Free with their largest animal relocation to date and we are looking forward to developing our partnership with them.”

Just last year Born Free relocated another young cub - King - to its big cat sanctuary at Shamwari Private Game Reserve after saving him from similar conditions. Now add this to the shocking stories of Horus, Dadou, Thea and Cersei, and it highlights the continued plight of millions of captive wild animals around the world that are kept as exotic pets - a growing concern for Born Free in the current ‘Instagram world’ we live in where the more shocking the animal is to be pictured with, the better!

Dr Draper, concluded: “Taking these four lions is a drop in the ocean. Of course, it means an enormous amount to them, and it means an enormous amount to us, but there are hundreds, if not thousands, of similar wild animals out there who are still in the exotic pet trade. I hope the Lions of Lyon will raise awareness about this global problem. Keeping wild animals as pets is cruel, totally unsuitable and has such a devastating impact. If the Lions of Lyon weren’t here now, they would have faced a very uncertain future.”