The Fate Of Geronimo Could Prove A Turning Point In Bovine Tuberculosis Control Policy For Livestock And Badgers.

Over the last week the case of Geronimo the alpaca has been generating headlines in Britain and around the world.

Helen Macdonald, a veterinary nurse who breeds alpacas at her farm in South Gloucestershire, brought Geronimo into Britain from New Zealand in 2017. Before entering the country, Geronimo tested negative in New Zealand for bovine tuberculosis (TB) using an advanced PCR blood test.

On his arrival in Britain Helen agreed to have Geronimo tested again using a TB skin test under a Defra voluntary disease surveillance programme. When the result came back positive, Defra demanded that the alpaca be slaughtered.

Over the past 4 years Helen has been locked in a legal battle with Defra over the accuracy of TB skin tests, and the need to have Geronimo tested again using a more advanced phage PCR blood test to prove he is TB free, and doesn’t present a risk to other animals or to people. 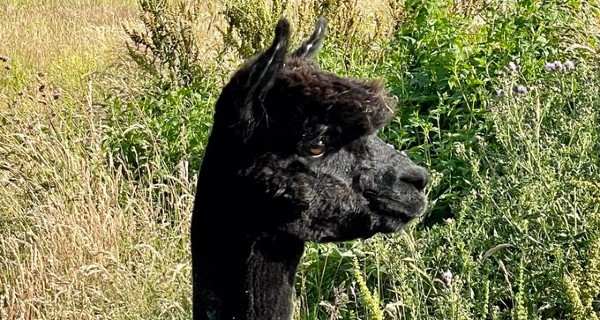 Defra has refused to allow this test to be undertaken as phage PCR is only currently being piloted in the UK, and has not been approved for widespread or official use. During this period Geronimo has been kept in isolation and has shown no symptoms of bovine TB.

With huge public support, Helen took her case to the High Court in May, but the judge upheld the Defra decision and ordered that the Geronimo be euthanised by Helen or handed over to Defra officials to be killed by the 5 August.

Dr Mark Jones, veterinarian, Head of Policy, BORN FREE commented: “Bovine TB is a serious problem for the cattle industry, and the Government’s efforts to eradicate it result in many thousands of cattle being slaughtered each year. It can also affect many other species. Unfortunately, testing for bovine TB is a complicated business that does not always give accurate and reliable results.

Alpacas and other camelids are very susceptible to bovine TB infection, yet Geronimo remains healthy 4 years since he was first tested. If he had contracted bovine TB prior to being imported to the UK it’s very unlikely he would have remained fit and well all this time. Experts have also seriously questioned the testing regime that has thrown up the positive results on the basis of which Geronimo is being condemned.

All Geronimo’s owner is asking for is permission to use a new test called ‘Actiphage’, in order to determine whether Geronimo is actually infected with bovine TB, and therefore whether or not he presents a risk to other animals. While Actiphage is still going through official validation, all the signs are that it is a very accurate test to determine whether an animal is actively infected.

We strongly urge the Secretary of State to grant this request, in order to avoid the unnecessary killing of yet another animal, should Geronimo prove not to be infected.

Badgers are widely and, we believe, wrongly blamed for spreading TB to cattle, and are being killed in huge numbers in a flawed effort to control the disease. Born Free has long campaigned for an end to badger culling and a focus on improving cattle-focussed testing and infection control measures.”

Helen has now appealed to the Prime Minister to save the life of Geronimo. Over 75,000 people have signed a petition thus far to prevent him being killed.

Over the past few days, the story of Geronimo has been taken up by the tabloid and broadsheet press. Public figures including Joanna Lumley and Chris Packham have joined the campaign to save him.

Pressure is now growing on the Prime Minister and Defra Secretary George Eustice to allow the alpaca to be tested using phage PCR, before his fate is determined.

As well as bringing attention to his own plight, the case of Geronimo has also shone a light on the wider failures of Defra’s bovine TB control strategy, its impact on the cattle industry, and its devastating consequences for England’s badgers.

Over-reliance on a TB skin test which Defra accepts isn’t very accurate has resulted in many infected cattle going undetected. Those animals are allowed to remain in herds, and may be traded, potentially spreading infection to other cattle and wildlife.

Defra has yet to issue a response to its recent calls for views on the future of cattle control measures to control bovine TB, but it already accepts the wider use of more advanced TB testing methods, such as phage PCR and gamma interferon blood tests, will play a key part in more accurately identifying and removing TB infected cows from herds.

Meanwhile, badgers continue to be wrongly blamed for spreading the infection. While Government has acknowledged the need to phase out badger culling, by the time that culls finally come to an end the total number shot under licence could exceed a quarter of a million.

Responding to the public outcry over the case of Geronimo, Born Free’s British Wildlife Advocate Dominic Dyer said: “Defra has known for many years that the TB skin test could be leading to false positive TB results in alpacas. However, rather than allow Geronimo to be tested for TB using a more accurate phage PCR blood test, George Eustice continues to order his death in avoid greater scrutiny over the many failures in TB control policy.

“Mr Eustice should call a stay to the killing of Geronimo, and use the public outcry over the fate of this alpaca to review bovine TB testing systems. He should immediately implement the use of the latest testing technology to accurately identify TB in cattle and alpacas, in order to reduce false results and halt the spread of this disease.

“He should also desist from issuing of any further badger cull licences and move the bovine TB control focus to cattle-based measures, and the vaccination of both cattle and badgers against TB.

“The case of Geronimo the alpaca could well prove a major turning point in improving bovine TB control policy, in order to provide greater protection for cattle, alpacas and the future of our precious badgers”