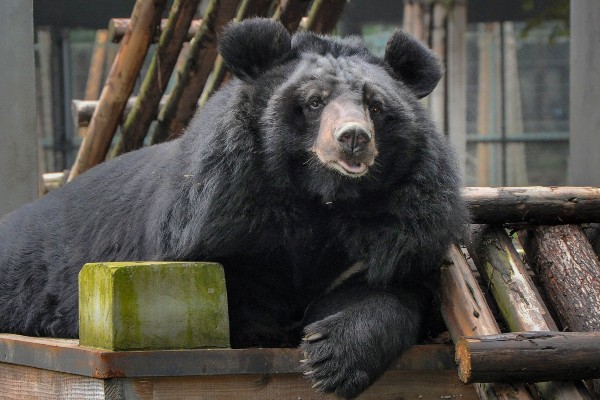 We’re absolutely heartbroken to report that Bodo, our adopted moon bear, has recently passed away from an aggressive form of cancer, aged 19.

Bodo was dearly loved by the Born Free team, as well as the many supporters who helped fund his lifetime care. He was also adored by our friends at Animals Asia, who gave him a home at their sanctuary in China.

Bodo was rescued from a bear bile farm in November 2003 when he was nearly two years old. Thankfully, he was too young to have been put through the cruel process of being ‘milked’ for his bile. When he was rescued, he was missing his right front paw, but he never let this trouble him. His dedicated carers gave him the nickname The Peacekeeper because he was the bear who ended any arguments between other moon bears.

Virginia McKenna OBE, Born Free’s Co-Founder and Trustee, said: “He will never be forgotten. Bodo, the big, gentle bear. ‘The Peacemaker’ as Jill Robinson described him. Loved by fellow moon bears and his human friends, and missed by all who knew him. And by all of us at Born Free, who treasured him from afar.”