With your support, the lives of two baby elephants have been saved, thanks to a big team effort and two emergency rescue operations.

It has been a mammoth month, with the dramatic rescue of two vulnerable elephant calves – a savannah calf in Kenya and a forest calf in Liberia – both just a few months old.

In Meru National Park in eastern Kenya, our team was contacted by Kenya Wildlife Service – could we help them rescue a baby elephant near Korbesa platoon base in Bisandi? The infant had fallen into a borehole, created for livestock, and was unable to get out despite the desperate attempts of his mother to save him.

“We suspect he had spent the whole night there,” explained Irena Kanga, an intern with our new Save Meru’s Giants team, dedicated to elephant and giraffe conservation and funded with the help of our recent Save Africa’s Giants appeal. “On arrival we found the mother trying to rescue her calf, but the borehole was extremely treacherous.”

The Kenya Wildlife Service rangers had to scare the mother away with blank bullets to allow the team to rescue the calf using ropes. It was extremely difficult but, fortunately, the youngster was still in good condition. After his joyful reunion with his mother, our team was delighted to see him happily suckling to make up for a long night without feeding.

Meanwhile, in northwest Liberia, a six-month-old forest elephant was rescued after her mother was presumably killed. An official investigation is underway but, with our support, Born Free’s ELRECO colleagues are working hard to protect this critically endangered species and find humane solutions to conflict such as elephant crop-raiding.

The calf, named Noku, is being cared for around the clock, so young she needs to eat frequently, with her molars only just coming through. She drinks milk and enjoys soft food like bananas, avocado and papaya cut in small pieces which she mashes with her tongue and palate before swallowing. Thanks to her timely rescue and brilliant caretaking, Noku is in very good condition while discussions are underway to work out a long-term solution and the best-possible future for the calf.

As you can see, every single elephant matters and, thanks to your incredible support, Born Free’s work continues to keep elephants safe in the wild where they belong and to support their care and conservation. 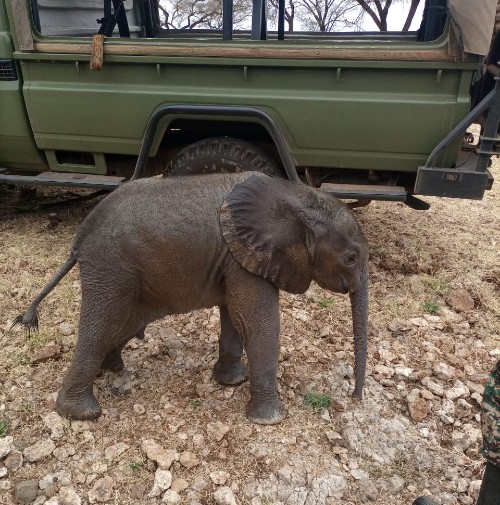 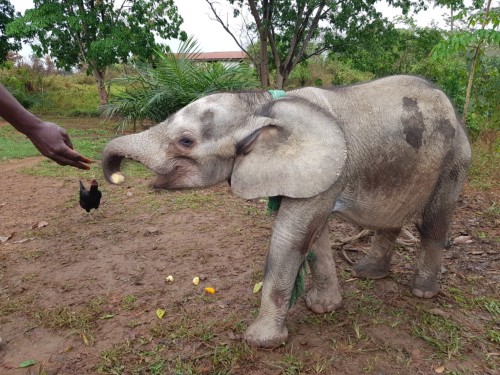