DUBLIN ZOO ALLEGATIONS – THE TIP OF THE ICEBERG?

Dublin Zoo is to be investigated following allegations of poor animal welfare.

Born Free has welcomed the decision of the Irish zoo inspectorate to carry out an investigation into recent allegations against Dublin Zoo. This follows accusations of animal welfare and management failings by whistleblowers consisting of past and current zoo employees, which Senator Annie Hoey used privilege to release details of in the Irish Seanad last week. The zoo is accused of delaying the humane euthanasia of a giraffe, gorilla and zebra to alleviate their suffering, and of incidents of animals escaping and never being found.

Born Free’s Captivity Research Officer Chris Lewis said: “These serious allegations, coming as they do from several employees of Dublin Zoo over the past eight years, clearly warrant a thorough and independent investigation, and must not be brushed under the carpet. The usual one-day visit by the zoo inspectorate, of which a zoo is given pre-warning and the opportunity to prepare for, will not be sufficient given the serious and concerning nature of the reports.”

This is not the first time Dublin Zoo has been mired in animal welfare controversies. In the early 1990’s, a government committee was tasked with examining the zoo’s affairs amid staff accusations of its treatment of animals and poor financial management. An independent report also expressed concern about the physical conditions of a number of larger species within the zoo.

While the incidents, which are denied by the zoo, are shocking and clearly warrant a full and thorough investigation, Dublin is by no means the only zoo in Britain and Ireland that has been the subject of serious animal welfare concerns in recent times. 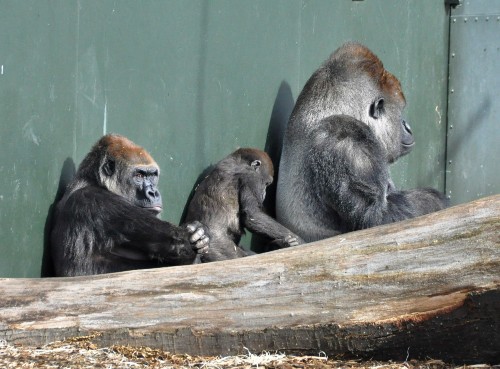 "These serious allegations, coming as they do from several employees of Dublin Zoo over the past eight years, clearly warrant a thorough and independent investigation, and must not be brushed under the carpet." ~ Chris Lewis

In fact, this is the second member zoo of the British and Irish Association of Zoos and Aquariums (BIAZA) to be hit with allegations in the last two years, following similar whistleblower actions at Blair Drummond Safari Park near Stirling in Scotland last year. The incidents at Blair Drummond were only investigated by a conflicted BIAZA and the zoo was cleared by the association with the complaints dismissed as “historical”.

South Lakes Safari Zoo, where a keeper was tragically killed and hundreds of animals died received a new licence following cosmetic changes to its management structure and operating company, with concerns remaining to this day regarding the operation of the zoo and the welfare of the animals.

Lincolnshire Wildlife Park’s 2021 inspection report revealed tigers being kept in inappropriate housing with one tiger only being allowed access to an outdoor enclosure for 1.8hrs/day across a 31-day period, and higher-than-average rates of mortality and cannibalism occurring in overstocked parrot aviaries to an extent “not seen by the inspectors before”. The majority of these parrots are believed to have been given to the zoo by members of the public in the belief that the zoo will, as it claims, “offer a perfect place for parrots and parakeets to live out the remainder of their lives.” The welfare issues identified in inspection reports paint a very different picture. In spite of past and current animal welfare failings, zoo inspectors recommended that the zoo should conduct research into the causes of ongoing issues with cannibalism.

These shocking incidents highlight the fact that the culture and environment in many zoos do not make keepers and other staff who work closely with animals on a day-to-day basis feel in a position where they can directly raise issues with higher zoo management without fear of reprisals.

Chris Lewis continued: “We fear these allegations are just the tip of the iceberg. The current licensing and inspection process for zoos is simply not fit for purpose. Self-regulation by a part-time zoo inspectorate continues to fail to effectively implement the current Zoo Licensing Act or ensure non-compliance is successfully rectified by Local Authorities who vary widely in their understanding and implementation of the Act.

"Incidents such as these are just a snapshot into the inner workings of zoos. Our knowledge suggests many other similar incidents occur across the industry and remain within the confines of the zoo. With the Standards of modern zoo practice currently under review, Born Free is calling for a thorough shake-up of the zoo licencing and inspection process in the UK, including the creation of a full-time, centralised and fully independent zoo inspectorate.”