A coalition of animal protection groups will have their complaint against the UK Government, alleging a breach of an international wildlife treaty, considered by the Bern Convention as its Bureau meets this week (15 and 16 September).

The Bern Convention, to which the UK has been a signatory since 1982, aims to ensure the conservation and protection of Europe’s wildlife, and regulates the exploitation of species listed in Appendix III, which includes badgers. Badger Trust, Born Free Foundation, and Eurogroup for Animals allege that the UK Government’s ongoing badger culling policy places it in clear contravention of its commitments under the Convention. Their complaint challenges whether the UK Government has adequately considered the impact of mass culling of badgers on the badger population and wider biodiversity, and whether there has been any significant disease control benefits to justify the culls.

The consideration comes just a week after the UK Government announced that badger culling will be ramped up in 2021, with seven new licences issued expanding the cull area and setting maximum kill quotas that could see the highest numbers of badgers killed in a single year since culling began. There are now 61 areas with active cull licences, covering counties from Cornwall to Cumbria, and up to 75,930 badgers could be killed in 2021 - taking the total since the cull began to well over 200,000.

Britain is home to more than 25% of the European badger population. However, with more than 140,000 badgers killed under licence since the cull policy started in 2013, and with culling set to continue until 2025 under recently confirmed UK Government plans, that population is coming under severe pressure. The case was put on ‘standby’ by the Bern Convention in 2020, with a request for further information, the first time a complaint made against the UK Government’s badger culling policy had not been dismissed at the initial stage. 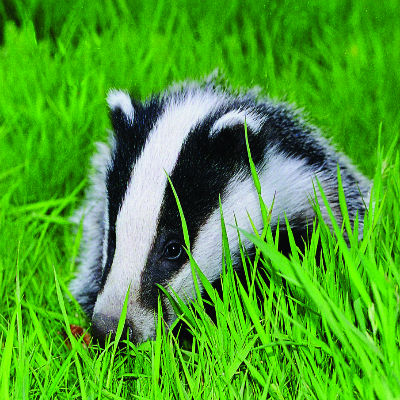 Adam Laidlaw, Executive Director of Badger Trust, said: “Whilst we are grateful that our complaint is at last being reviewed, it has been two years since we initially submitted our complaint in 2019. In that time another over 76,000 badgers have been killed under this failed approach to controlling bovine Tuberculosis - a respiratory disease in cattle that starts and ends with cattle. The latest licences for 2021 alone could take the same amount again, and the cull is set to run to 2025 - so we have years and years of further culling ahead. The impact on the badger population is unknown, and seemingly inconsequential to the UK Government who claim it is coming to an end, but in reality this senseless slaughter continues. We hope for a positive outcome from the Bern Bureau, and a brighter future for Britain’s badgers.”

Dr Mark Jones, veterinarian and Head of Policy at the Born Free Foundation, said: “The UK Government has hailed its badger culling policy a success. However, after eight years of culling which has seen the destruction of more than 140,000 badgers, representing perhaps a quarter of the UK badger population, evidence for significant disease control benefits among cattle herds in cull areas is lacking, and the Government’s woeful efforts to estimate and monitor targeted badger populations are failing to guarantee their eventual recovery. In spite of this, the Government has issued licences for 2021 which could see a further 75,930 badgers killed. We urge the Bern Convention to take action that will help to bring this inhumane, ineffective, unscientific and unnecessary slaughter of a native, protected wild animal to a permanent end”

Reineke Hameleers, CEO of Eurogroup for Animals, added: "That the UK government continues to hand out new cull licences not only lays bare claims made by British ministers to be champions for animal welfare, but only serves to showcase a bewildering level of cognitive dissonance. No evidence whatsoever supports the ongoing culls in England, which is why, I suspect, no such evidence demonstrating a disease control benefit has been produced by the British government. We now rely on the other parties to the Convention to hold the UK government to account. England's badgers — Europe's badgers — cannot continue to be sacrificed for domestic political expediency.

A briefing on the complaint can be viewed below: