Born Free has a very special and unique history, shaped by some inspiring and much-loved individuals who embody our legacy and culture, and remind us of our core value that every individual matters.

“It is hard to believe that it was so long ago – 1964 - that our lives changed forever but making the film Born Free in Kenya, meeting the Adamsons and the extraordinary lions, was our first step into an unknown future.

"And now, my memories of the past are unfaded, my hopes for the future are always optimistic – in spite of the strange new challenges that now face us all.  These challenges should make us even more determined to protect the deeply vulnerable natural world and its creatures who so often suffer, exploited and unheeded.  And I rejoice that more and more people feel the same as I do.” 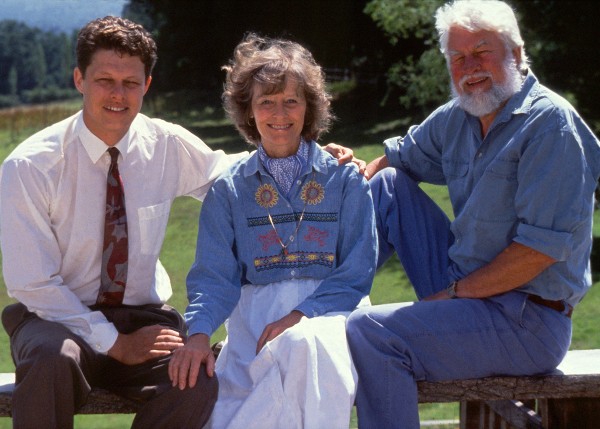 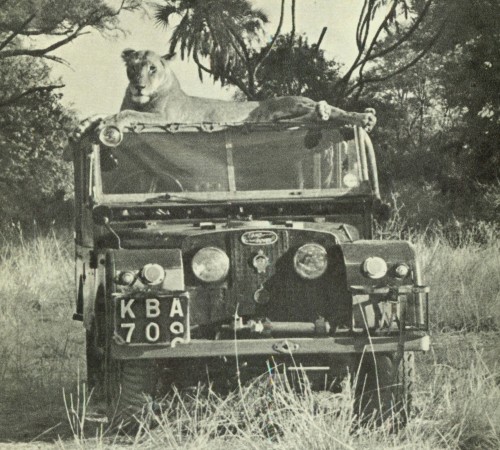 Orphaned when only a few days old, Elsa was adopted by George and Joy Adamson, brought into their home, and cared for as she grew. Joy, who shared a special bond with Elsa, was determined that she should return to freedom in the wild, and the couple set about teaching her the essential skills that would enable her to survive on her own. After her eventual release into Meru National Park, Elsa successfully integrated with the wild lion population and went on to have cubs of her own.

Even though Elsa died in 1961, long before the Born Free Foundation was established, she is the inspiration for our charity and her legacy lives on through our work in Meru. 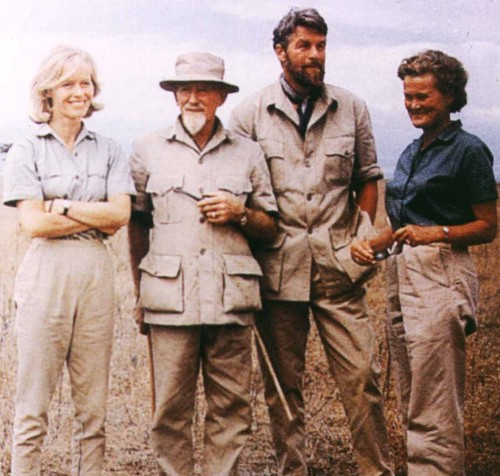 Pioneering naturalist, author and artist, Joy Adamson wrote bestselling book Born Free in 1960, based on her husband George Adamson's diaries which told the story of her efforts to raise and rehabilitate orphaned lion cub, Elsa, and return her to the wild.

In the film adaptation of Born Free, Joy was played by Virginia McKenna, whose real-life husband Bill Travers portrayed George. During filming on location in Kenya, while Joy was frequently away lecturing, George became their lion man – teacher and inspiration. The experience of working with George proved a life-changing experience for Virginia and Bill, and a turning point in their careers.

Joy, who eventually separated from George, remained an advocate for wild animals, and also successfully rehabilitated a cheetah and an African leopard. 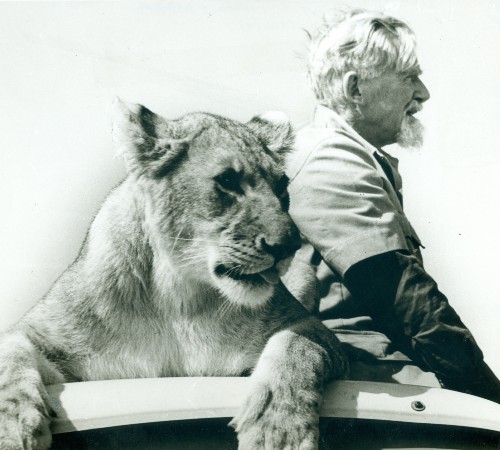 Wildlife conservationist and author George Adamson is known as Father of Lions, thanks to his devotion to Kenya’s wild lion population and his ground-breaking work to rehabilitate captive or orphaned lions for release into the wild.

George was chief technical advisor on the film Born Free, helping Virginia and Bill to work safely with lions, both on and off the set. Although many of the lions came from zoos and private owners, the couple always remembered that they were wild animals. George formed a lifelong friendship with the Travers family, which Virginia fondly recalls in her autobiography The Life in My Years.

George later worked with Bill on a number of wildlife documentaries, including Born Free's sequal The Lions are Free (1969), and Christian the Lion at World's End (1972), which followed the incredible story of a lion cub – Christian – bought from Harrods’ pet department by two young Australians, John Rendall and Ace Bourke. Christian and the boys ended up at the Travers family home and, after Bill’s negotiations with the Kenya Government were successfully concluded, travelled to Kenya where George succeeded at rehabilitating this third-generation zoo lion back to the wild. Forty years later, the footage of Christian affectionately greeting his original owners after nearly a year in the wild became a You Tube sensation and has been seen by over 100 million people. 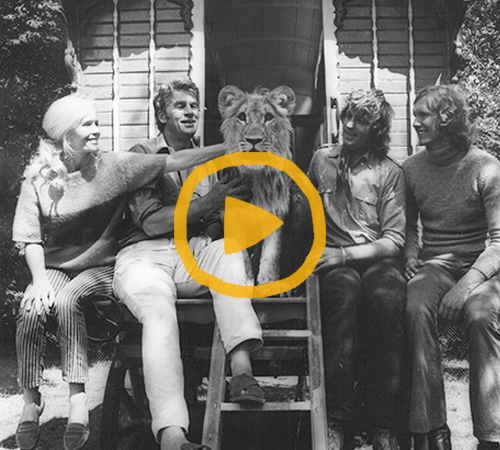 Christian the lion’s story has captivated millions of people worldwide thanks to footage filmed as part of Christian the Lion at World’s End, and has gone to be a viral YouTube phenomenon.

Christian was born in captivity and purchased as a cub by John Rendall and Ace Bourke from Harrods in 1969. As he got bigger, it became obvious that Christian would soon outgrow his London home (a furniture shop in the King’s Road), and after a chance meeting with Virginia McKenna and Bill Travers, a plan was hatched to get Christian back to Africa, his ancestral home. Virginia and Bill offered temporary sanctuary to Christian in their Surrey garden, where his night-quarters were a gypsy caravan, until he could be safely transported to Kenya, and placed into the care of George Adamson for rehabilitation.

George successfully released Christian into the Kora National Reserve, and nearly a year later, Rendall and Bourke visited in the hope of seeing Christian once more. To their amazement, they were greeted by an enormous, fully-grown young lion who not only remembered them, but appeared to embrace them with delight. Christian went on to become the head of a small pride. His journey to freedom symbolises Born Free’s vision that every individual matters and mission to ‘Keep Wildlife in the Wild.’ 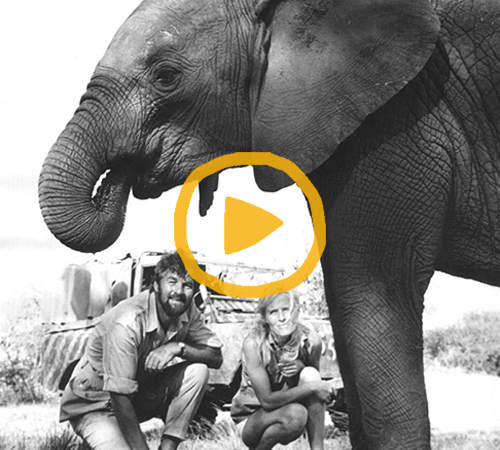 In 1969 Virginia McKenna and Bill Travers filmed An Elephant Called Slowly on location in Kenya, featuring an little elephant calf called Pole Pole, who had been taken from the wild as a gift to London Zoo by the Kenya Government of the day.

When filming was over, horrified at the thought of this little elephant ending up in captivity for life, Virginia and Bill did everything they could to prevent the move, but Pole Pole was sent to London. In 1982, reacting to news that Pole Pole was alone, distressed and disturbed, Virginia and Bill visited her at the zoo. Despite more than a decade apart, she remembered them and stretched out her trunk to touch their hands across the moat.

Fearful for her future, Virginia and Bill launched a campaign to give Pole Pole a better life and even found a reserve in southern Africa willing to take her. But in 1983, aged just 16, she died, euthanased following an unsuccessful attempt by the zoo authorities to move her to Whipsnade Zoo Park where she would have had elephants for company.

Pole Pole’s death led Bill, Virginia and their eldest son Will, to become tireless campaigners for animal welfare and conservation. Determined that her death would not be in vain, in 1984, they launched Zoo Check – the charity that has evolved into Born Free.