With over 10,000 zoos estimated worldwide, holding millions of wild animals in captivity, the scale of the zoo industry is huge.

Capitals and major cities across the world often have zoos, as well as a great many other captive wild animal facilities that have developed over the years. Zoos vary across the globe, ranging from the small or poorly funded, to large, multi-million pound enterprises, and everything in between.

The justifications for the existence of zoos include conservation, education and research. While each of these claims deserves scrutiny, many zoos are happy to promote animal interactions, boxing orangutans, elephants playing basketball and bears spinning hoops – using animals as little more than objects for our amusement. 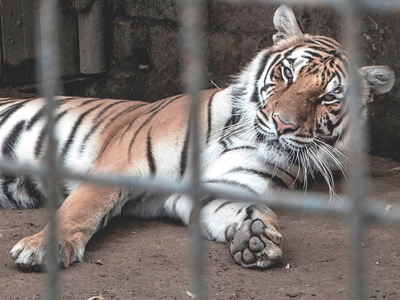 Over the years, Born Free’s investigations have confirmed repeatedly that many zoos do not provide their animals with conditions that meet their physical, environmental, social and psychological needs. In many cases, animals in zoos continue to live in poor, sometimes squalid, cages and enclosures.

Despite attempts by some zoos in recent years to provide their animals with more naturalistic environments, the majority still lack sufficient quantity and quality of space for the animals they keep. In many countries, the conditions in zoos reflect little or no consideration of the needs of the species or the individual animals. These substandard conditions can result from a lack of resources and funds, limited knowledge, negligence by zoo management or staff, lack of appropriate legislation, poor enforcement of legislation, and variation in attitudes to animal welfare. 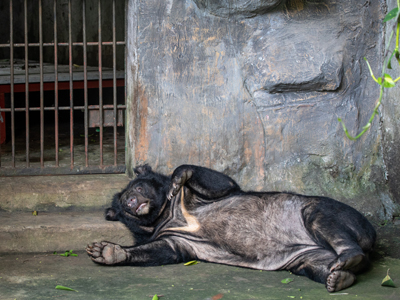 Born Free undertakes site visits to zoos and other captive animal facilities around the world, where possible.

We carried out the first Europe-wide investigation into zoos in 1988, exposing poor conditions and lack of inspection. The evidence gathered during our investigation, called the 'European Survey of Zoological Collections', helped to persuade the European Commission that pan-European zoo legislation was necessary, in addition to national zoo laws and zoo industry voluntary standards.

In 2011, Born Free carried out an investigation called the EU Zoo Inquiry, evaluating the status and performance of zoos in 21 European countries, and reviewed the effectiveness of national zoo legislation, the capacity of national authorities to apply and enforce zoo law, and the performance of zoos against their legal requirements.

Every year, Born Free receives hundreds of visitor reports concerning animal welfare in zoos around the world via our Raise the Red Flag initiative. This vital information is collated and used to assess and evaluate the issues. Where possible, we investigate further and raise concerns with country authorities, as well as encouraging the public to speak out too. 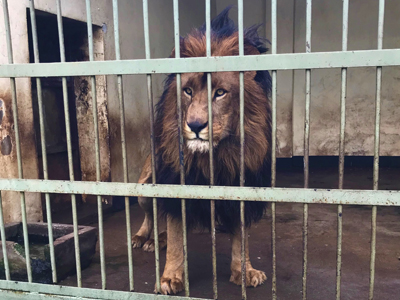 Legislation specifically covering the welfare and husbandry of wild animals in captivity exists in some countries and, if properly enforced, should provide the animals with at least some basic provision and protection. However, animal welfare is not always a high priority in certain countries and a lack of understanding or application of these laws can lead to poor standards.

Sadly, in many countries there is no specific legislation to protect animals in zoos; while other countries have no general animal welfare legislation at all, meaning zoos with mistreated animals are able to persist and even multiply. Even where legislation specific to zoos exists, it may be poorly enforced by the relevant authorities. 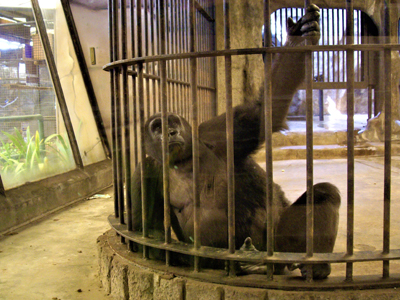 Born Free calls for advances in animal welfare and improvements to, and compliance with, any existing animal welfare legislation. If no relevant legislation exists, we urge governments to establish it, and offer our advice and guidance where possible.

Our Raise the Red Flag initiative enables people around the world to report captive wild animal concerns, highlights animal welfare issues, shares information and provides advice on how you can take action to help wild animals in captivity.

We aim to ensure the public, relevant authorities and stakeholders are aware of, and taking action on, the issues we seek to address. We also encourage an informed public to refocus their support for conservation and to keep wildlife where they belong – in the wild. 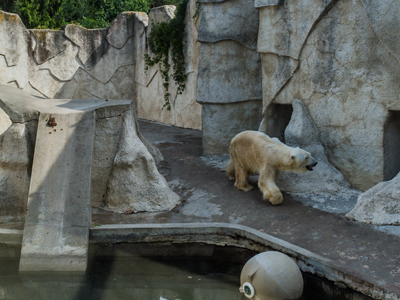