A PLACE TO CALL HOME

Looking to the future

Life has been no fairy tale for Elsa the lioness. You may remember in 2014, Born Free worked with Italian animal welfare organisation Lega Anti Vivisezione (LAV) to rescue her from a travelling circus in Sardinia. As a result of an ongoing court case against the circus, Elsa was temporarily placed at Centro Recupero Animali Silvatici della Maremma, a wildlife sanctuary in northern Italy. Thanks to your generosity, Born Free raised the funds for the cost of moving Elsa from Sardinia to mainland Italy, and for her care and veterinary costs.

Despite her terrible living conditions at the circus, Elsa was in relatively good health and thought to be around six years old at the time of her rescue. She is now 12.

Since arriving at the sanctuary, Elsa has been doing very well and enjoying the space she was denied for so long at the circus. In 2015, thanks to your help, Born Free funded the construction of a new night room within an existing large enclosure which gave Elsa permanent outdoor space on naturally rolling terrain, living alongside another rescued lion, a male called Madiba.

In 2018, there was a legal breakthrough. Elsa was permitted to be removed from the terms of the ongoing court case, meaning that she could be permanently rehomed before the conclusion of the investigation, without risk of being returned to the circus. As a result, Elsa became legally available for permanent placement. Born Free’s initial plan had been to relocate Elsa to our big cat sanctuary at Shamwari Private Game Reserve in South Africa, but after several visits and discussions with the staff at the sanctuary in Italy, it became apparent that Elsa was happy and thriving where she was. It was therefore in her best interest to remain at the sanctuary.

Once it was decided that she would stay in Italy, Elsa was successfully introduced to Madiba, and the pair are getting along very well. They will remain together at the sanctuary for the rest of their lives, receiving specialist care in their large enclosure.

Elsa has had the worst possible start to life, but you can help can give her a life she deserves. Your generous gift will help fund Elsa’s lifetime care in Italy, including food, veterinary care, staff costs and enclosure upkeep. 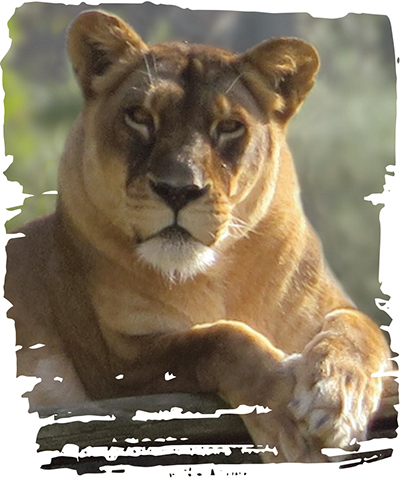 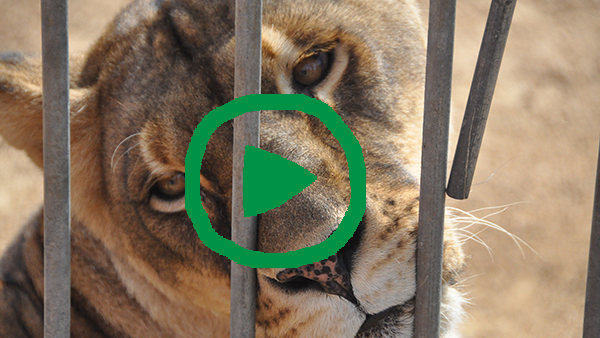 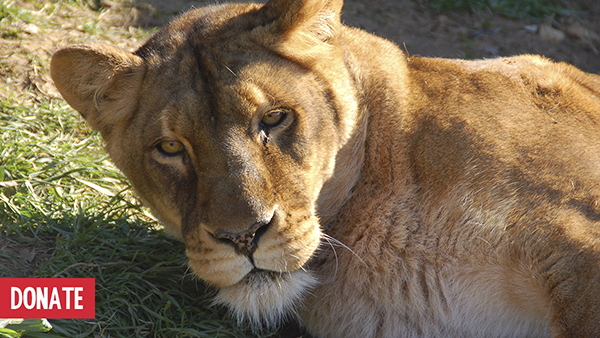 In 2014, Born Free worked with LAV to remove Elsa from a ramshackle circus in Sardinia after the circus owners faced an investigation for animal cruelty and were taken to court.

At the circus, Elsa had been kept in a small, barren cage, essentially just a circle of iron bars within a concrete car park, with very little shade from the sun. Her night quarters were inside a rusty beast wagon, where she slept on a metal floor.

The Italian courts agreed that Elsa should be temporarily housed at the 25-hectare Centro Recupero Animali Silvatici della Maremma, in Tuscany, until the legal case was concluded, at which point a permanent home would be found.

The sanctuary, run in collaboration with LAV, offers homes to animals seized or confiscated by the authorities throughout Italy.

Sadly, Elsa can’t be returned to the wild as she would never survive on her own. But you can help give her a safe and permanent home, and the quality of life she deserves, away from the circus.

You can help captive wild animals in need, like Elsa. By voicing your concerns directly, you could make a real difference. 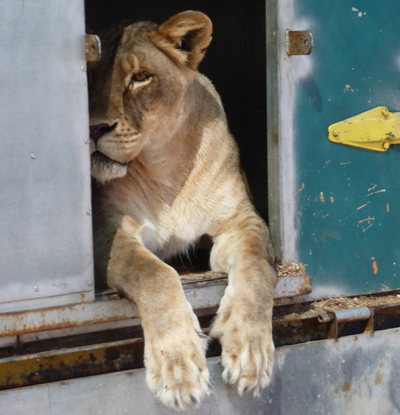