Born Free's Head of Policy Dr Mark Jones reflects on 20 years of discourse on the role and relevance of zoos across Europe and the wider world, yet fears little has changed for the lives of zoo animals.

For animals in Europe’s zoos, April 9th 2002 should have been a landmark day. It was the deadline for EU Member States, which at the time included the UK, to implement the EU Zoos Directive into their national legislation.

The Zoos Directive, formally known as Council Directive 1999/22/EC, introduced the zoo licensing and inspection requirements EU Member States must adopt, with the objective of strengthening the role of zoos in the conservation of biodiversity. It required Member States to take measures to ensure zoos in their jurisdiction participate in research aimed at improving wildlife conservation, promote conservation awareness among the public, and keep animals in conditions that meet their biological and conservation requirements by maintaining a high standard of animal husbandry and care.

In the UK, zoo licensing was already in place under the 1981 Zoo Licensing Act. However, it was 2003 before the UK updated the Act to comply with the EU Directive, and in total only six EU Member States brought their national legislation up to date by the April 2002 deadline.

Twenty years on, little has changed for Europe’s zoo animals. Born Free’s EU Zoo Inquiry highlighted poor implementation of and compliance with the Zoos Directive in many countries in 2011. As Born Free’s co-founder and Executive Director Will Travers OBE said at the time: “The standards envisaged by the Directive mean there is no room in Europe for 3,500 zoos. There is no room in Europe for zoos that do not deliver the highest possible standards of welfare, education and conservation.” The same remains true today.

Just last year, Born Free published two detailed reports highlighting failings among the UK’s charitable zoos to deliver meaningful conservation outcomes for wild animals: 'Conservation or Collection?' and 'Zoos: Financing Conservation or Funding Captivity?'. We also published ‘Confined Giants’ which illustrated the social depravation, environmental restrictions and inadequate nutrition inflicted on the more than 800 giraffes in zoos across Europe, including over 150 in the UK, and the poor health, stereotypic behaviours and foreshortened lives that result. Giraffes simply don’t belong behind fences in Europe. We will soon be publishing a report highlighting the plight of elephants in European zoos.

The suffering experienced by wild animals in captivity has been recognised for decades. 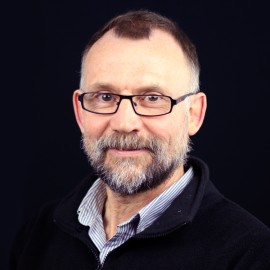 "Zoos must be reformed to serve clear and credible conservation and education objectives, ensure the biological, social and environmental needs of the animals they house are fully met in every respect, and phase out the keeping of many if not most of the species they hold that clearly do not belong in captivity."

Thirty years ago, the stereotypic behaviours Born Free’s co-founder the late Bill Travers MBE witnessed in zoos led him to coin the term ‘zoochosis’ to describe the obsessive, repetitive, behaviour so often seen among zoo animals.  As a result, zoo animals behaving abnormally are now described as 'zoochotic'. In spite of the good intentions behind the Zoos Directive, zoochotic animals are every bit as common today in zoos as they were then.

The Kept Animals Bill, currently working its way through the UK Parliament, proposes to revise the Zoo Licensing Act to make conformance with strict conservation, education and animal welfare criteria mandatory, and the ongoing review of the Standards of Modern Zoo Practice in Great Britain could pave the way to raise the bar for those criteria. The UK has a real opportunity to fundamentally reform its zoos and provide a lead for other countries to follow. It is an opportunity that must not be missed.

Zoos must be reformed to serve clear and credible conservation and education objectives, ensure the biological, social and environmental needs of the animals they house are fully met in every respect, and phase out the keeping of many if not most of the species they hold that clearly do not belong in captivity, with all due consideration for the welfare of the animals concerned.

There has been so much discourse over the past 20 years on the role and relevance of zoos across Europe and the wider world, yet so little has changed for the lives of zoo animals.

The time for change is now.