IN SEARCH OF LIONS 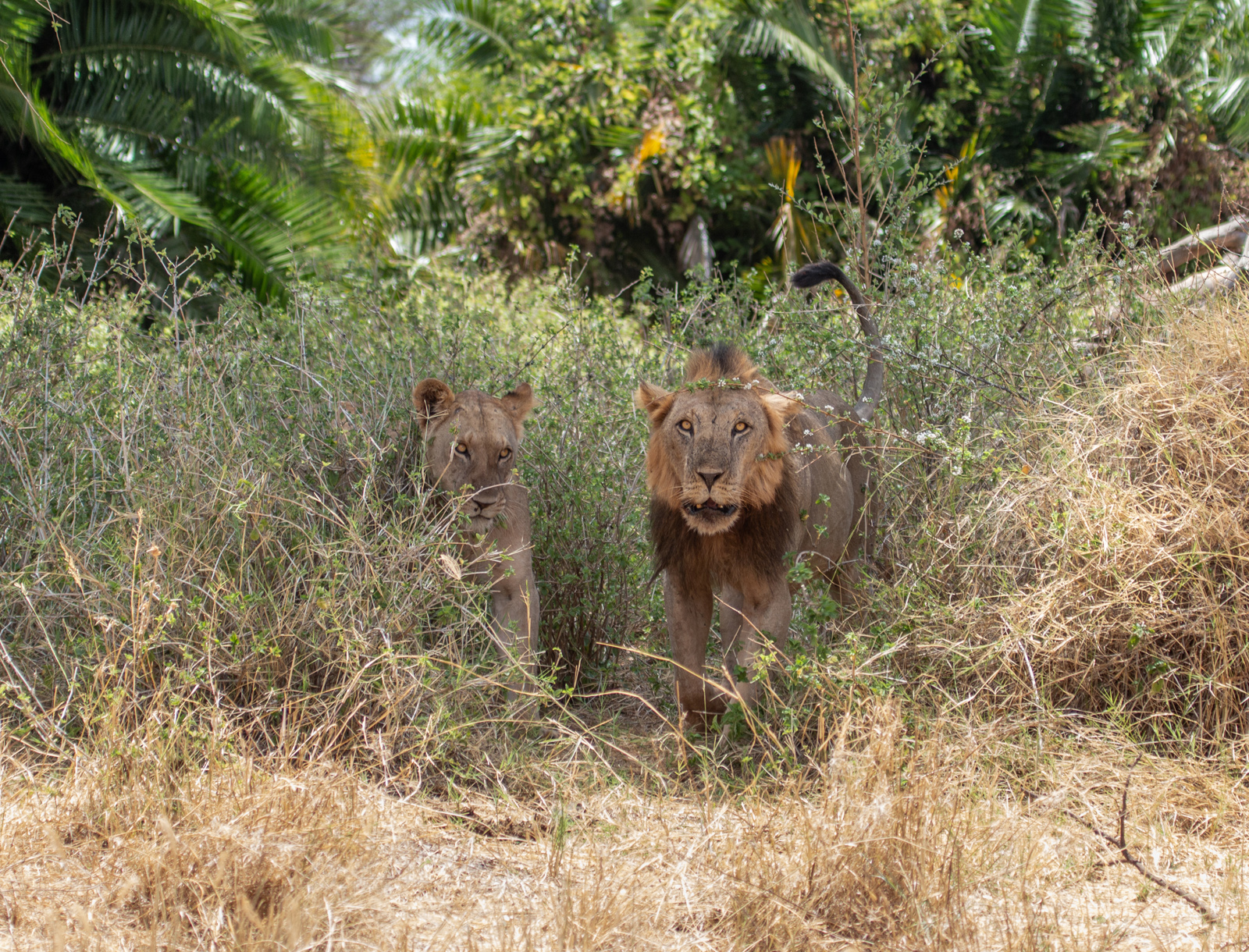 A few metres away from me, dozing in the shade, are Moja and Gatuiku – a lion and lioness from Mulika Pride. They live in Meru National Park, Kenya, and are monitored by our Born Free Kenya field team. The team has worked in Meru since 2014, tracking and surveying the individual lions and their prides every day.

I’ve joined the field team on one of its daily monitoring sessions. Trying to find a lion in 336 square miles (870km2) of pristine wilderness is not easy, but there was an air of optimism as our two vehicles left base a couple of hours earlier in search of lions.

We hadn’t travelled far when our vehicles were flagged down by a passing car. The driver had just seen two lions further down the road chasing a buffalo. The team immediately sprang into action. I was in the lead vehicle and we headed off in the direction the lions were seen. The rest of the team hung back to check for signs of their progress. Within a couple of minutes, they contacted us – they’d found spoors showing the lions had crossed the river.

Across the river, we caught a glimpse of lions on the move. They were still in pursuit of a buffalo, but were clearly losing interest. We lost sight of them, so headed in the general direction they were travelling. A few minutes later, we found them here in the shade.

It’s an amazing sight, but also a lucky encounter because this is the first time Gatuiku has been seen for three months. Her name in Swahili means ‘something shorter’ because her tail is shorter than a normal lioness’. Moja means ‘one’ because he was the first lion named in his pride.

We could stay here all day watching Moja and Gatuiku rest so peacefully, but we leave them to search for more lions. We soon pick up a signal on the team’s GPS. It’s George, a collared lion who was once the head of Elsa’s Pride. When we get to his location, there are, in fact, three lions – one resting in the shade near a waterhole, and another lion with a lioness in the undergrowth.

The team split up again, with my vehicle heading for the courting pair. It’s George with a girlfriend! We’re all delighted to see him, but even though we’re a more than respectable distance away, George isn’t impressed by the intrusion (see main photo). He heads deeper into the bushes, then turns round and snarls at us. We monitor him until he’s out of view but then spot him again near the waterhole. The team are surprised he’s not wearing his collar. His mane is flat where the collar was, so he must have dropped it quite recently.

Heading back to base, I reflect on the success of our search and what an incredible experience it was to see Moja, Gatuiku, George and his friends – lions living wild and free, monitored and protected by our dedicated team. Their vital work would simply not be possible without your continuous support. Thank you.