Find out how these amazing animals have a pivotal role in the ecosystem. 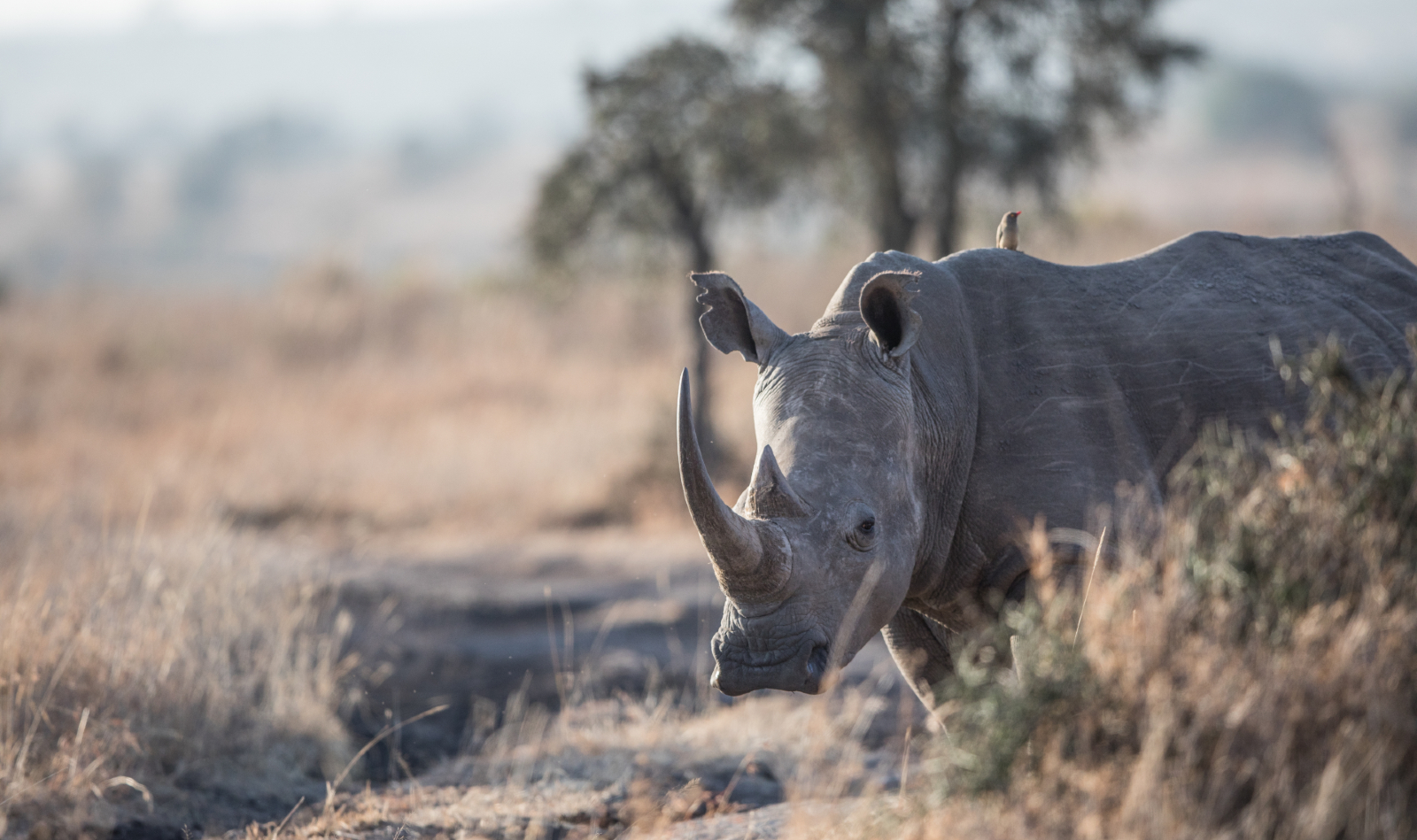 For millions of years rhinos have roamed Africa’s grassland plains and the tropical forests and swamps of Asia, relatively unchanged since prehistoric times.

Over the last century, the five remaining species of rhino (black and white rhino, both native to Africa, and Indian, Sumatran and Javen rhino, found in Asia) have been driven to the brink of extinction due to an upsurge in poaching, trophy hunting and the Asian medicine industry, with some people’s mistaken belief that their horns have medicinal properties driving trade.

However, as a keystone species, protecting Africa’s rhinos and continuing to restore lost populations to their former heartlands, like Meru National Park in Kenya, is vitally important for many other unique species living alongside them, as well as for the wider ecosystem and local communities.

Keystone species are defined by the disproportionately large effect they have on their natural environments, relative to population size. They play a critical role in maintaining the structure of an ecological community, and without them, many experts believe that the ecosystem would be dramatically different or cease to exist.

Rhinos are vital for Africa’s savannahs. These megaherbivores graze for hours on grassland, which maintains the structure of the vegetation, encourages new growth and in turn provides additional food and grazing areas for other herbivores such as elephants, zebra, antelope and buffalo. By choosing to eat some plants over others, rhinos increase plant biodiversity, allowing some plant species to grow and thrive in the savannah, which in turn acts as a natural carbon sink, absorbing harmful carbon dioxide from the atmosphere.

In addition to ecological and environmental benefits, many local communities living alongside rhinos also benefit. Tourism is a major source of employment and income for many Africans, with animals including rhinos a big draw for wildlife enthusiasts, photographers and safari-goers from around the world, hoping to catch a glimpse of the big five. In fact, the income generated for communities by wildlife tourism far outweighs any illegal gains through poaching and selling rhino products on the black market.

Since 2014, Born Free has supported Kenya Wildlife Service in Meru to reinstate rhinos after they were wiped out due to poaching in the 1970s and early 1980s. A team of dedicated wildlife rangers are employed to protect and monitor the growing population day and night, with teams deployed daily to track individual rhino and safeguard them from poachers. Supported by Born Free, the rangers are increasingly using new technology in their bid to protect rhino from poachers.

One ranger in Meru recently said: “Rhinos need to be protected because they are one of the most endangered animals on earth. Protecting them is also good for the next generation and also good for tourism and for Kenya to show we look after our wildlife. Before the ivory ban there was not much respect among the general population but now there is a greater awareness and understanding of conservation and the importance of protecting them.”