Born Free has a long history of supporting gorilla and chimpanzee conservation and rescue in Cameroon.

Born Free has just launched Apes on the Edge, a vital appeal to raise funds for our new project protecting wild gorillas and chimpanzees in Cameroon’s Dja Biosphere Reserve. But, our charity actually has a long history of ape conservation in this central African nation, spanning nearly two decades.

In 2004, our long-term support began for the Last Great Ape Organisation, known as LAGA and founded in Cameroon by remarkable photo-journalist and activist Ofir Drori to tackle wildlife crime and protect apes and other rare wildlife from poachers. With our help, the LAGA model has gone on to be replicated many times and is currently operating in nine countries in central and west Africa, helping governments to crack down on wildlife trafficking.

Born Free’s support for the fantastic Limbe Wildlife Centre also began in 2004. This highly-respected sanctuary, developed from a former zoo and based near the coastal city of Douala, in southwest Cameroon, rescues and rehabilitates hundreds of injured and confiscated wild animals, including lifetime care for orphaned gorillas and chimpanzees. Many of these rescued apes are bushmeat orphans – babies whose families were killed for food.

For example, Chinoise, Born Free’s adopted young chimpanzee, was just a few weeks old when her mother was killed by poachers and she was sold as a pet to a Chinese restaurant. Fortunately, the traumatised and sickly infant was rescued by Limbe Wildlife Centre, who expertly nursed her back to health. Today, supported by Born Free Chinoise is a happy and healthy eight-year- old, flourishing as part of a community of rescued chimps not least her surrogate mother, older female Papaya. You can see the affectionate pair in the picture here.

After so many years helping combat the immediate threats affecting apes in Cameroon, Born Free can now expand our focus to protect and sustain gorillas and chimpanzees in the wild where they belong. 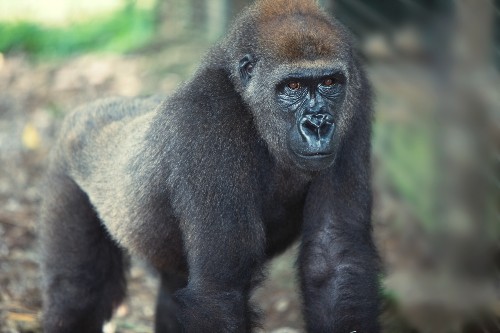 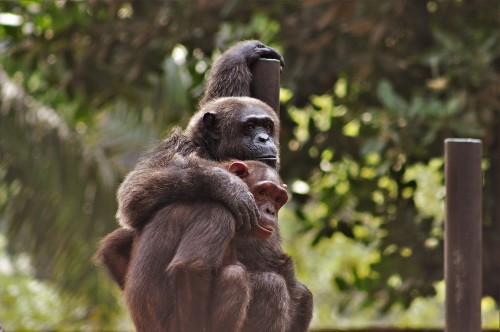 FIND OUT MORE AND SUPPORT OUR APES ON THE EDGE APPEAL