There will be many millions of words written about the life and work of the late, great Dr Richard Leakey, a palaeontologist, conservationist, civil servant and civil society leader without compare. I had the good fortune to meet him a number of times, when he worked at the Kenya Wildlife Service (two terms), when he was Head of the Civil Service in Kenya, as the founder of Wildlife Direct, and when he was the Founder, Chair, and guiding light at the Turkana Basin Institute.

There will be many others who knew him far better than I but, in my limited experience, he was a true leader, passionate, inclusive, full of surprises – with a marvellous twinkle in his eye.

One memory stands out: As President of the Species Survival Network, the global coalition of non-government organisations that work as the precautionary wing of the Convention on International Trade in Endangered Species of Wild Fauna and Flora (better known as CITES), I had taken my courage in both hands and asked Richard if he would give the Keynote Address at the Reception we were hosting at the Conference of the Parties to CITES being held in Harare, Zimbabwe, in 1997. I was thrilled when he agreed! 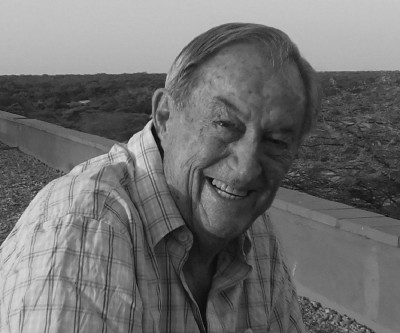 The Harare conference was a pretty hostile affair. The late President of Zimbabwe, Robert Mugabe, was cajoling, prodding and strongarming delegates to vote for his vision of wildlife trade which, in summary, was ‘use it or lose it’. Dr Leakey came from a different persuasion, especially when it came to elephants and the ivory trade. After all, it was Richard who has persuaded the then President of Kenya, Daniel arap Moi, to torch the country’s ivory stockpile in 1989, symbolising a policy that stated that it would rather forfeit the funds that selling such a stockpile could have raised than enter into a deal with the bloody ivory trade.

Richard’s speech was sensational. The audience of 500 or more hung on his every word – even those who clearly did not share his views, or the stance taken by SSN, were held in his oratorial grip as he seamlessly charted a narrative course which touched on corruption, transparency, the role of civil society, the need for bravery, the compelling arc of history that leads, inevitably, to the triumph of the good. On wildlife trade specifically he took no prisoners, explaining that these species we so willingly bartered and sold and collected and shot, were not the birth right of the few, but the natural heritage of us all.

As he came to the climax of his speech, he commented: “There will be some here tonight who think that because of the importance I place in the individual animal, the respect and indeed affection I have for an individual elephant who can guide her family to safety through thick and thin… they will think that I am some sort of bunny hugger……” Richard paused… and then, reaching inside his jacket, he declared… “well I am!” At that exact moment he pulled out a child’s toy rabbit, which he held aloft in triumph. We laughed and cheered to the rafters – even his strongest critics smiled.

The term ‘bunny hugger’ has faded from use. Nowadays we regard people who care about conservation and the role of individual wild animals as compassionate conservationists, a term coined by Born Free in the early 2000’s. But, as always, Dr Leakey was ahead of his time.

He met my mother and father several times but, lastly, in 1989 when he attended the burial of George Adamson in Kora National Reserve. George had been brutally murdered by bandits or, perhaps, by those who wished to see an end to his work in the area. Thanks to Richard, it had the opposite effect. Kora National Reserve was upgraded to Kora National Park and, today, is part of the Meru Conservation Area, an important stronghold for wild lions in an increasingly human dominated.

It seems sad but fitting that in the year – 2022 – that Born Free Foundation has designated as The ‘Year of the Lion’, we now remember two great men. My father Bill, who would have been 100 on the 3rd of January, and Dr Richard Leakey, who died the day earlier, on the 2nd. They are the giants on whose shoulders we stand.