Biodiversity is all the variety of life that can be found on Earth, as well as the communities they form and the habitats in which they live. The Intergovernmental Science-Policy Platform on Biodiversity and Ecosystem Services warned this month that one million species are at the risk of going extinct. This day has therefore never been more important. Here, we highlight our top five direct drivers of biodiversity loss.

Adapt, move or die – a bleak outlook for the world’s biodiversity in a dangerously changing world. But so many species will not have time to adapt. The climate is changing too quickly.

In February 2019, the first mammal extinction directly attributed to climate change was recorded. The Bramble Cay melomys, a small rodent that lived on a remote island off the coast of Australia, became extinct due to climate change, when rising sea levels claimed 97% of its habitat. 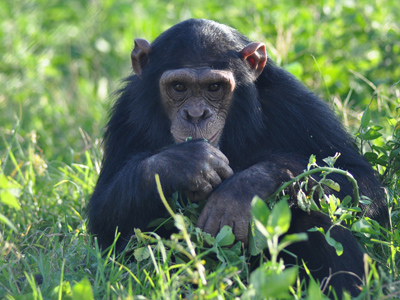 Your voice is more powerful than you think. The Extinction Rebellion protests and Greta Thunberg have shown that. Born Free welcomes a new era, one where everyone begins to seriously tackle the climate emergency.

Approximately 80% of animals and plants live in forests and 25% of the world’s people rely on forests for food, medicine, fuel and shelter and their livelihoods. But deforestation and associated habitat loss is a direct cause of extinction and loss of biodiversity. In 2017, Global Forest Watch estimated that 29.4m hectares of forest was lost across the globe. Not only is critical forest habitat being lost, but deforestation is contributing to 15% of all greenhouse gas emissions.

You can help: if 1.2 trillion additional trees were grown in parks, woods and abandoned land across the planet, scientists think we could reverse a decade of carbon emissions and support millions of species. To achieve this goal, everyone must plant 156 trees each. Doable? Yes.

Subsistence and commercial hunting and the selling and eating of wild meat is leading to the extirpation and extinction of many species. In West and Central Africa, chimpanzees are targeted for their meat and the orphans of the bushmeat trade are often sold as pets. For every live chimpanzee captured and sold, up to 10 others have died, pushing these great apes closer and closer to extinction.

Many species do not have the ability to cope with direct offtake as their numbers are already reduced by other factors including habitat loss and climate change. The threat of hunting and poaching is similar for so many species. Born Free works to conserve animals including tigers, elephants and lions from this threat.

Industries including fossil fuels, industrial fishing and agriculture have decimated biodiversity by destroying habitats, fragmenting ecosystems and polluting landscapes. Ironically, it is these same industries which rely on wildlife for their continuation. For example, agricultural businesses need wildlife to pollinate crops, but a recent study found that a third of British wild bees and hoverflies are in decline.

There are, of course, sustainable and wildlife-friendly industries, which have a lower impact on the environment. It is time for radical solutions to meet the resource needs of our growing population and to restore and re-wild ecosystems damaged by industries.

Invasive species are non-native species which spread or are introduced and typically constitute a major driver of biodiversity loss. Invasive species compete with native wildlife for food, predate upon them, spread diseases, alter habitats and even change the genetic makeup of an entire species. For example, the cane toad, introduced to Australia in 1935, has been responsible for decimating native lizards, snakes, birds and small mammals. The spread of invasive species will only worsen with climate change, as new opportunities arise for invasives to establish in new environments.

There are numerous other indirect drivers of biodiversity loss including economic, demographic, socio-political, cultural and technological factors. There is, however, no doubt that life on Earth is under threat and that we must renew efforts to protect it.