ANIMAL TRAGIC: THE SHOCKING TREATMENT OF WILD ANIMALS IN THE CIRCUS

Globally, thousands of wild animals are used in circuses and forced to perform demeaning and unnatural tricks in the name of public entertainment. 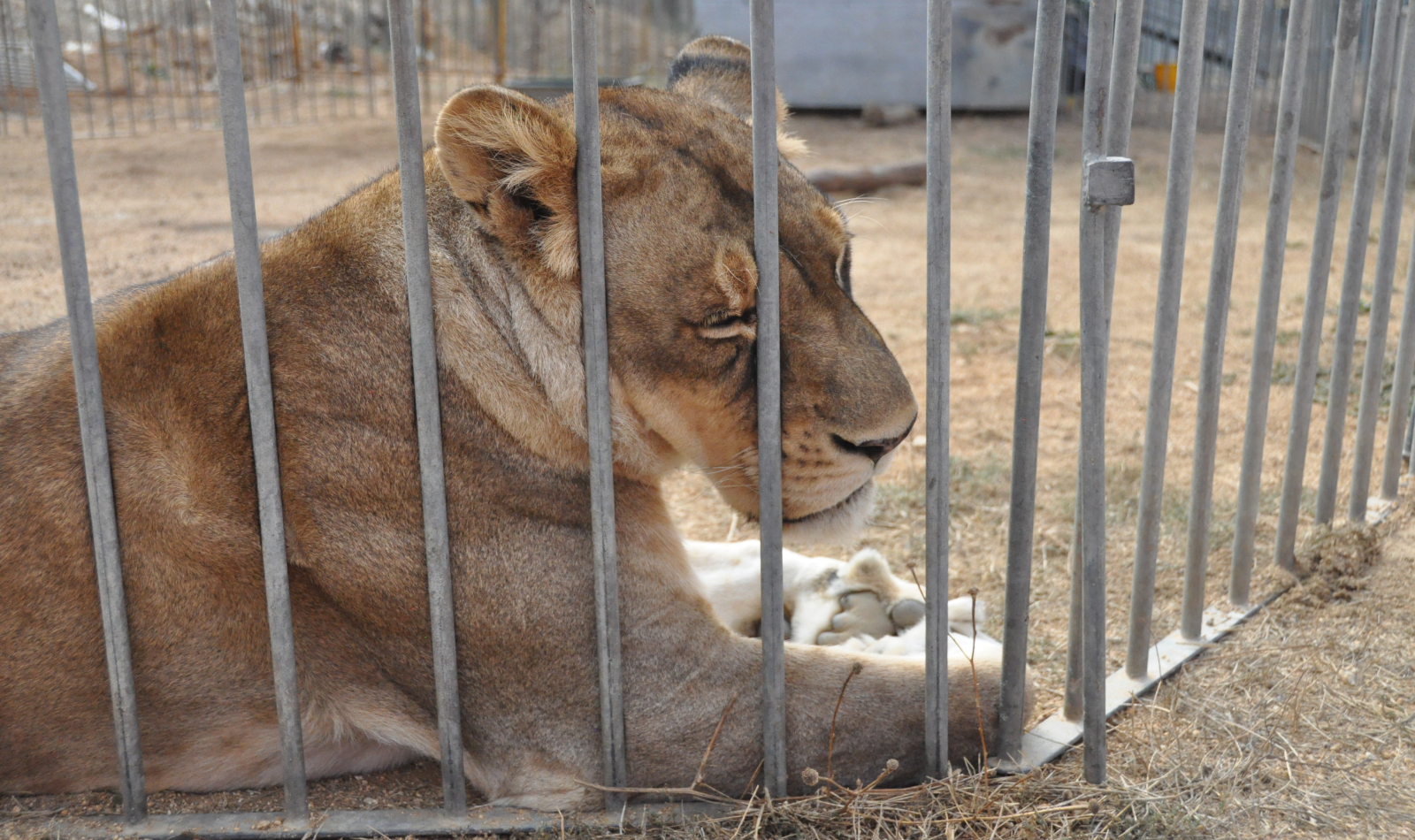 England recently joined the growing list of countries around the world to ban the use of wild animals in travelling circuses, following a lengthy campaign by Born Free. With widespread public support for the ban in the UK, some people will be shocked to learn that across Europe, countries including Italy, Spain and Germany are yet to ban this outdated practice.

In France, from where Born Free has rehomed six lions rescued from circuses and the associated exotic pet trade in the last three years, a recent survey indicated that 72%* of people oppose the use of wild animals in circuses, and more than 380 towns, including Strasbourg, Montpellier, Grenoble, Lille, and Paris (end of 2020), have brought in bans at a local level. Yet lions, tigers, elephants, primates and more can still be seen in travelling circuses across France, and there have been multiple incidents of animals escaping or attacking people, often with tragic consequences.

In 2017, an 18-month-old female tiger named Mevy was shot dead in Paris, after escaping from the Bormann-Moreno circus. Her owner claimed that tigers at the circus were provided with “a quality of care that we are proud of”, and that a bolt securing her cage had been deliberately cut. Mevy’s escape and death caused widespread public outcry.

In the same year, a performer with Buffalo Circus was mauled by lions and sustained serious injuries during a show in northern France, while in 2013, near Paris, an 84-year-old man died after an elephant escaped from its circus pen and struck him with its trunk.

Similar incidents regularly make headlines elsewhere: In January 2020, two elephants were reported to have escaped from their circus enclosure in Russia to ‘play in the snow’, while in the same country a 600lb brown bear was immobilised with an electric shock device after it attacked its trainer whilst being made to push a wheelbarrow as part of a circus act in October 2019. Earlier that year, German authorities faced public anger after they shot and killed a zebra which had escaped from a circus. In October 2018, Born Free reported a circus lion had attacked a child during a performance in Russia. In 2015 a 65-year-old man was killed whilst walking in the woods near his home in Buchan, Germany, by an elephant who had escaped from a circus.

Born Free’s Head of Animal Welfare & Captivity, Dr. Chris Draper said: “It is abundantly clear that circuses are entirely incapable of keeping wild animals safely, let alone meeting their basic needs. Circuses rely on temporary caging, frequent transport and handling of animals, close proximity between dangerous animals and people, and dominance and exploitation of their animals – it’s little wonder that tragic incidents and escapes occur with worrying regularity. What remains baffling is why this practice is allowed to continue anywhere in the 21st century.”

To date, more than 30 countries worldwide have brought in national legislation entirely banning the use of wild animals in travelling circuses. Eighteen EU Member States, including Greece, Austria, Netherlands, Ireland, Croatia and Slovenia, have banned the use of wild animals in circuses. Within the UK, Scotland and England have only recently joined this list, and Wales is set to do the same soon. Northern Ireland has not yet followed the rest of the UK and Ireland in a legislative ban, but without resident or visiting circuses with wild animals, it looks safe to assume that Britain and Ireland will soon be free of this cruel spectacle.

Born Free’s position is that there is overwhelming evidence of compromised animal welfare in the circus environment and, consistent with the increasing number of local and national jurisdictions that have banned the use of wild animals as a result of these concerns, we are convinced that that the use of wild animals in circuses is unethical, unpopular and outdated.