One year since the death of Cecil the Lion, Virginia McKenna appeared on ITV’s This Morning, on Friday 1st July, to condemn trophy hunting and reflect on his legacy.

In the same week that Channel 4 screened controversial documentary ‘The Women Who Kill Lions’, Virginia debated via satellite, with prolific trophy hunter and self-styled ‘conservationist’, Olivia Opre, who claims being killed by a hunter is the most humane way for an animal to die.

Virginia said: “I wonder if you watched the programme on 29th June on Channel 4 entitled ‘The Women Who Kill Lions’?  I did – with growing horror and disbelief.  Whoever called ‘women the gentler sex’ might have had cause to think again!

“To kill a beautiful wild creature for ‘fun’, for ‘sport’, must surely be one of the stranger aspects of human nature.  But what sickened me the most, was when one of the hunters went into a gun shop with her husband.  Of course, the place abounded with these weapons, but on the counter was a collection of little guns.  And some were PINK.  Yes, small girls will be encouraged to put their dolls and teddies aside and go out and learn how to bring an innocent life to an end.

“The two women in the film were mothers.  What a crazy world”.

Virginia’s appearance on This Morning gained widespread support amongst viewers and social media users, with the hashtag #CecilOneYearOn trending for much of the day. Twitter user Jon Jones said: “How anyone could want to kill innocent animals for a bit of fun is beyond me! This should never be allowed!” and Tasha XX tweeted: “I'm almost in tears it angers me so much!”

See an extensive rebuttal of the claims made by Olivia Opre from Born Free Programmes Manager, Mark Jones

A Vigil for Cecil, supported by Born Free, will commence from 7pm onwards on Saturday 30 July at Old Palace Yard in Westminster, London 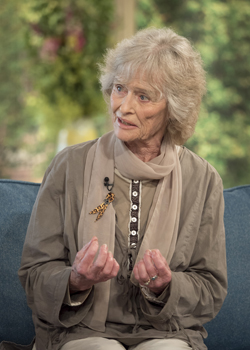 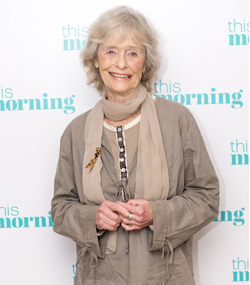