PUZHA RETURNS TO THE WILD

Thanks to YOUR donations, the final remaining bear cub rescued last year has just gone free in Russia.

Wonderful news from our Orphan Bear Rescue Centre colleagues in Russia – Puzha, the brown bear cub, has finally been released back to the wild where she belongs. She was too small to be set free with the 18 other orphans rescued last year but, thanks to your donations to our recent appeal, has just been successfully reintroduced.

Last year, the little cub made a big impression when she was rescued at the end of May, much later than the other rescued orphans who arrived from January to March. Yet, Puzha weighed just 4kg when she arrived, roughly the same weight of the other cubs when they were first taken in.

As a latecomer, it took Puzha several months to integrate with the other cubs, who had already bonded as a group. As she was slightly older when she was orphaned, Puzha had already begun to learn some wild behaviours, which made her stand out from the others. By the end of last summer, the young bear was probably ready for an independent life but, the rescue team didn’t want to risk releasing her in case she didn’t cope well with overwintering independently in the wild. During hibernation, bears lose about 30% of their body weight so the team didn’t want to take any chances.

Our Orphan Bear Rescue Centre (OBRC) colleague Ekaterina Pazhetnova, a wildlife biologist and bear rescue specialist explained: “Puzha overwintered in our forest enclosure, where we could monitor her and ensure she gained enough weight when she woke up from hibernation. This also provided the opportunity to observe her den-building behaviour.”

Puzha overwintered safely and came out from the den in early April, when the first greenery was growing in the forests and swamps. She was in good condition and actively looked for food, as well as playing, climbing trees and sleeping, more often in trees – the safest place for young bears. Two months later Puzha was returned to the forests in the Komi Republic region, where she was born. She was released at the territory of Koigorodskyi National Park. The forests within this National Park are considered to be one of the largest areas of southern taiga (boreal or ‘snow’ forests) in Europe unaffected by humans.

Puzha’s released was organized and coordinated by OBRC together with the Ministry of Natural Resources and Environmental Protection of the Komi Republic, as well as with the specialists of the Koigorodskyi National Park.

You can help care for this year’s bear cub orphans by adopting our Brown Bear Orphans. 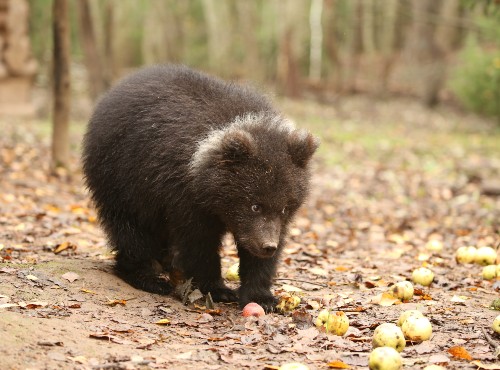 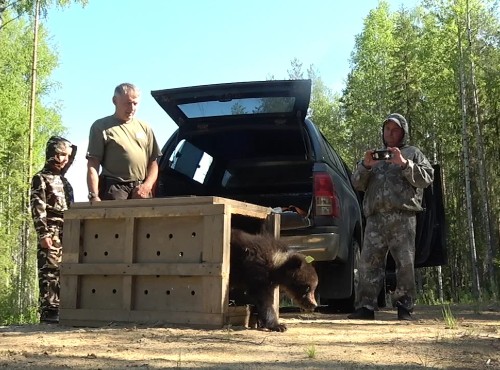