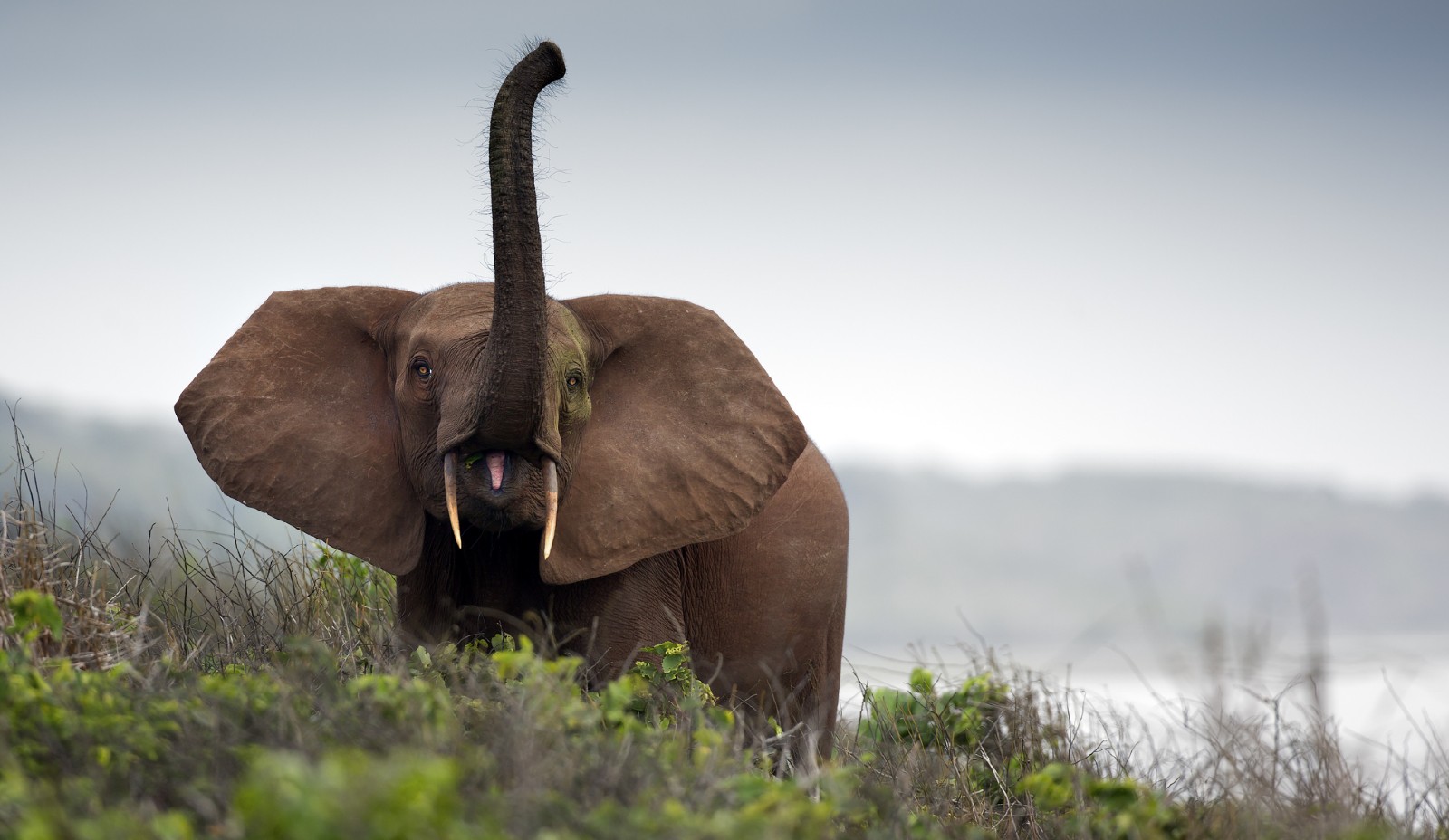 Born Free welcomes the update to the ‘Red List’ of threatened species by the International Union for Conservation of Nature (IUCN), recognising two distinct species of African elephant – the forest elephant and the larger, heavier savannah elephant. African elephants have been considered a single species, listed as Vulnerable, even though taxonomic evidence has indicated separate species for decades. The separate assessment of the two species now reveals forest elephants to be Critically Endangered and savannah elephants Endangered.

Alarming studies have revealed a huge decline of up to 86% of forest elephants in Central and West Africa over the last three generations. Similarly, savannah elephants have exhibited an alarming decline of at least 60% over the past 50 years. A 2016 report estimated only 415,000 elephants left in Africa, with 20,000-40,000 killed for the illegal ivory trade every single year, and habitats shrinking at a terrifying rate.

Ian Redmond OBE, Policy Advocate for Born Free and elephant expert, says: “We are losing our gardeners of the forest just when we are realising the importance of forests for climate stability and rainfall generation, and the vital role elephants play in globally important ecosystems that sustain us all. Forest elephant classification should help focus international attention and mobilise further resources for their protection, also benefiting the myriad of species sharing their habitats”.

Dr Nikki Tagg, Born Free’s Head of Conservation, agrees: “This reclassification of African elephants by the IUCN reflects a recognition of the differing threats and conservation needs of the two species. It will strengthen and renew coordinated efforts so stakeholders can come together to control poaching and habitat loss, and revive the populations of both species”.

Born Free supports both Elephant Research and Conservation (ELRECO), a German NGO founded in 2017 by Dr Tina Vogt and Bernhard Forster, aiming to implement the National Elephant Action Plan (NEAP) for Liberia’s forest elephants, and Amboseli Trust for Elephants, a Kenyan NGO working to understand and protect the critical population of savannah elephants of the Amboseli Ecosystem in Kenya.

Born Free also works with governments, wildlife law enforcement agencies, conservation bodies, industry representatives, the media and the wider public to promote the adoption of comprehensive bans on domestic and international commercial trade in raw and worked ivory. Born Free’s Head of Policy, Dr Mark Jones, explains: “This IUCN reclassification should enable more focused and tailored approaches to their protection by key international bodies such as the Convention on International Trade in Endangered Species, and the Convention for the Conservation of Migratory Species of Wild Animals, both of which list Africa’s elephants on their appendices.”