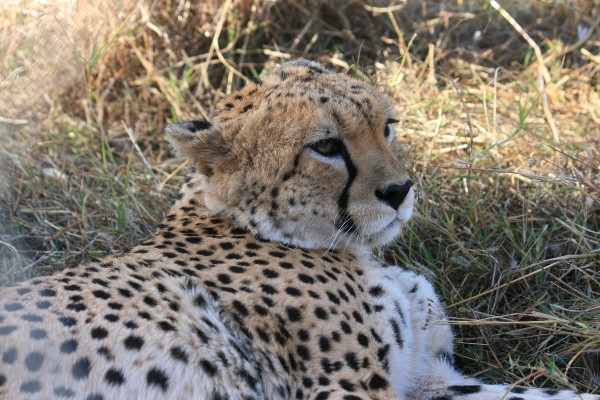 We are very sad to report that Dembel, a member of our Cheetah Family, has died.

Dembel, who was around 11 years old, had been cared for by the Born Free Ethiopia team at our Ensessa Kotteh Wildlife Rescue, Conservation and Education Centre near Addis Ababa since he was rescued from the illegal wildlife trade as a cub in 2011.

Dembel arrived at the centre aged between five and six months old, having been confiscated from the wildlife trade. He was rescued alongside three other cubs, who were possibly his siblings. Unable to fend for themselves or survive in the wild, they received lifetime care amongst the centre’s tranquil natural surroundings, alongside Born Free’s other rescued cheetah.

In recent weeks, Dembel’s health had been up and down, and despite responding positively to some treatment, and a great dedicated effort by the animal care team, Dembel sadly passed away.

Born Free’s Head of Rescue and Care, Maggie Balaskas said: “We are grateful to have been able to give Dembel 10 years of care and comfort at Ensessa Kotteh. He arrived as a very poorly cub but, with thanks to our dedicated animal care team, became strong and grew into a beautiful adult cheetah. He will be missed by us all at Born Free, especially by the Ensessa Kotteh team who will feel his loss greatly.”